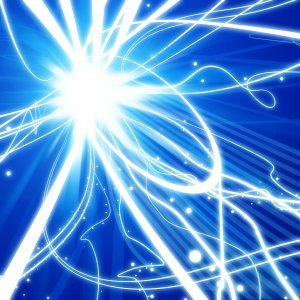 Spansion Jumps On the ARM Bandwagon

Back in May, we told you that Spansion had acquired all the microcontroller and analog assets from Fujitsu, marking the Japanese company’s exit from the MCU business and Spansion’s introduction. This week, the other shoe drops. Spansion has licensed the ARM architecture as well, signaling its intention to enter the wild and wooly business of designing, making, and selling ARM-based MCUs.

The ARM entrée gives Spansion a two-pronged approach to embedded MCUs, albeit one a bit less dramatic than AMD’s two-processor strategy. Spansion will continue to make Fujitsu’s MCUs for some time, accommodating existing customers who are presumably happy with the proprietary product family. But going forward, it’s clear that Spansion’s focus will be all ARM, all the time.

Specifically, Spansion has licensed a handful of the low-end ARM cores, including the Cortex-M0+, M3, and M4 as well as the little-known Cortex-R4 and R5. Inexplicably, the company has also licensed the relatively outdated ARM7 and ARM9, core designs that predate the whole Cortex naming system (and its related architectural improvements). Perhaps ARM was having a “buy two, get one free” sale.

All the chips on the new roadmap are destined for deeply embedded applications, such as industrial uses, automotive systems, or consumer appliances. Spansion has no designs on the tablet, handset, or wireless markets. As such, the company will be competing with the likes of STMicroelectronics, Microsemi, NXP, and Freescale more than, say, Broadcom or Calxeda.

Spansion believes it now has all the components it needs for its embedded three-legged stool: MCU, power management, and memory. The first two it acquired from Fujitsu and ARM, while the latter piece is Spansion’s bread and butter. The plan is to offer several different “platforms” for different market areas, with chips that combine the ARM processor core, on-chip flash memory, and analog circuitry for power management and/or analog I/O. That doesn’t rule out more licensing agreements or even outright acquisitions in the future, but, for the time being, the company thinks it’s pretty well set up.

It’s too early to say when these new ARM-based chips will hit the street. Spansion is saying only, “sometime in 2014,” which allows quite a bit of wiggle room. It generally takes longer than a year to design a new MCU from scratch, so it’s pretty clear that Spansion must have been working on ARM-based chips well before this announcement. The company admits that its Fujitsu colleagues were doing some preliminary work with ARM before the Spansion acquisition happened, and that Spansion’s own engineering team was kicking the ARM tires, too. Both teams must have been working on parallel efforts simultaneously; the acquisition simply forced them to combine their product plans. It’s therefore likely that some of the first ARM-based processors to come out of Spansion will be Fujitsu designs, while others will be Spansion efforts. The automotive chips, in particular, probably got their start in Japan, not Sunnyvale.

Does all of this activity add up to a winning strategy for Spansion? That’s a tough call. As they say in the military, “that’s above my pay grade.” Clearly Spansion thinks it’s on the right track. On the plus side, ARM is a terrifically popular and well-supported architecture for embedded processors. On the downside, ARM is a terrifically popular…

In other words, Spansion will be crowding into an already crowded market. With about a dozen MCU makers already touting chips based on Cortex-M0, M3, and other derivatives, what sets Spansion apart? “Embedded flash memory,” is the company’s answer. Spansion believes that embedded designers will demand more and more on-chip flash memory, and that Spansion is uniquely suited to fill that need. The company can already squeeze 128 Mbits of flash onto an MCU, courtesy of UMC’s 40nm silicon process. It’s quick flash, too: under 8 ns access time, which is fast enough to use as main program memory on a moderately fast MCU. This quick, fast, nonvolatile memory gives Spansion an easy way to spin off multiple SKUs from a single MCU design. It also saves the company money by allowing it to omit caches, buffers, on-chip ROM, or other features that might have been required with slower memory.

With the technology ducks in a row, the biggest hurdle facing Spansion may be its brand recognition, or lack thereof. Spansion isn’t a well-known name in the MCU business, and for good reason – it’s only been in the MCU business for a few months. It wasn’t even all that well-known in the flash business. So, for most designers around the world, Spansion is an unknown quantity. And this is not a market that embraces newcomers. Reputation, consistency, and reliability are all hallmarks of the successful MCU vendors. Making the chips is the easy part. Convincing people to buy them is hard.