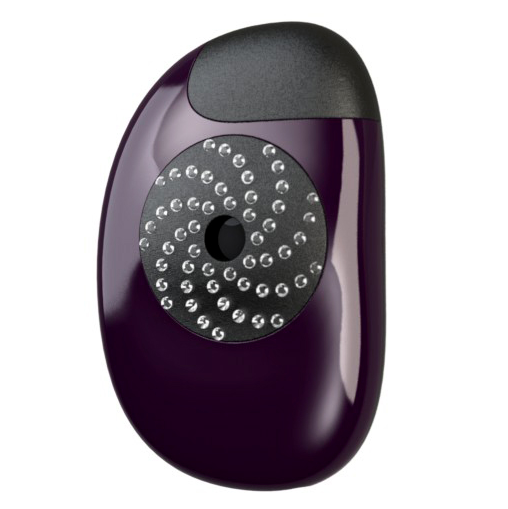 A Better Measure of Your Breath

A Breathalyzer With Two Sensors
by Bryon Moyer

You’ve heard that before… You’ve probably said that before. I know I have. And, for the most part, I’ve been right. Or so I think. If I’m honest, well, I don’t really know. I know I’ve felt OK to drive in that I didn’t feel incapacitated, but I don’t know if I was legally OK. To be clear, those are two different things – and, at least in California (and, I suspect, other states too), they can result in two different charges: one for being behind the wheel while incapacitated and one for having a blood alcohol content (BAC) in excess of 0.08%.

If you get into trouble, you are usually charged with both. The field test is used to measure incapacitation, and the breathalyzer determines the BAC. You can, in fact, feel and even truly be fine, as demonstrated by passing the field test with flying colors, but they can still nail you for drunk driving due to the BAC (a humongous revenue generator for all kinds of businesses catering to the Drunk Driver Industrial Complex – yes, I know people that have gone through it).

So it sorta doesn’t matter whether you feel fine; it all comes down to the number. Which leads to a question I’ve asked myself numerous times: “What exactly does 0.08 feel like?”

I’ve looked into consumer-grade breathalyzers – I would be totally fine carrying one around to test myself after quaffing a few – but the reviews convinced me otherwise; they have horrible accuracy ratings. So I’ve been left to wonder.

So it’s no wonder that, when contacted about a new breathalyzer hitting the market later this year, it totally piqued my interest in getting a peek under the hood. It’s called the Floome, made by a small Italian firm with the San-Francisco-SOMA-sounding name 2045Tech, and it’s a curvy-styley thing (Italian design) that you might be willing to be seen with in public. It goes into – you guessed it – your smartphone.

Of course, this isn’t a journal about drinking and carousing (unless you find that one article and play it backwards). It’s about technology. So mine was probably one of the few interviews with these guys that dug into how the thing worked rather than what colors it came in and would it match my popped collars (all five of them).

So how to do that? Well, having something that can detect alcohol vapor is a good start. But it’s not enough. Just because you detect a certain amount of alcohol doesn’t give you the fraction; you need to know the volume of air that contained that alcohol. So two quantities are required: volume of air and amount of alcohol.

There are fundamentally two possible approaches to the quantity-of-air problem: either guarantee a fixed volume of air or measure the volume and use that measurement to calibrate the alcohol measurement. Professional devices use a pump to capture a specific volume of breath for analysis. That pump is clunky and expensive and power-hungry, so 2045Tech’s goal was to do this without the pump. But the thing is, the pump is part of what provides better accuracy. Consumer-grade devices don’t have a pump – but they’re also inaccurate.

Consumer devices focus on flow rate. One way the consumer devices measure airflow is to use a resistor whose value changes with temperature. By heating it and then measuring the temperature change when someone blows, you can approximate how much air they were passing over the resistor. The problem is, heating the unit consumes power, and there are a lot of variables that affect the result – variables that aren’t all compensated, leading to poor accuracy.

Another alternative would be to use a differential pressure sensor, but those are expensive – over $15 for the sensor alone, so that kills the consumer price point.

The Floome uses a completely different method of determining the airflow, and it’s surprisingly low-tech: it uses a whistle. It differs from your conventional sports whistle in one important way: how it reacts to varying airflow. We’re used to whistles that create a single tone; as you blow harder or softer, the volume goes up or down, but the tone remains (mostly) the same. By contrast, the whistle in the Floome creates a vortex of air, and the resulting tone changes with airflow. So how do you sense how much air is passing? Listen to the tone generated using a microphone. I know, sounds too simple. Their processor converts the tone into a flow. 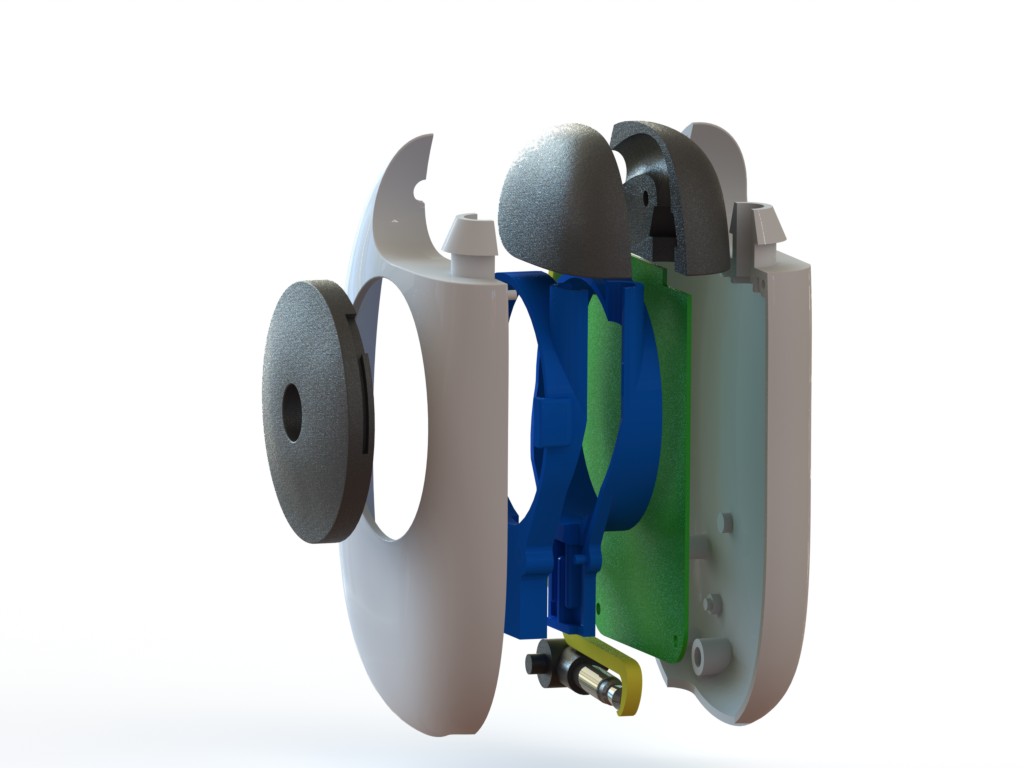 One convenient aspect of this sensor is that the whistle doesn’t require any fancy micromachining; it’s built using a precision mold, which keeps the cost down significantly.

Meanwhile, we need to sense the alcohol content. The most common consumer alcohol sensor is a semiconductor with a thin-film oxide. The alcohol reduces the surface and changes the resistance. But, according to the 2045Tech guys, this technology has memory issues and depends on the flow rate. So, again: inaccurate.

The Floome uses a fuel cell, which converts hydrocarbons to energy by catalyzing oxidation, releasing electrons in the process. So the resulting current is proportional to the amount of fuel – in this case, ethanol.

When the user starts blowing and the airflow crosses a threshold, the measurement window opens, and the airflow – actually, audio frequency – and current are integrated. The frequency and current are sampled every 100 ms, or 10 samples per second. Once the user stops blowing, the current integration continues to capture the tail of the breath until the current drops below a threshold.

Because they have a processor, these devices need power. Not a lot of power, but some. Of course, that should be easy, since this is to be used with a smartphone: simply plug it into the universal micro-USB port that phones have standardized on, right? Well, nice try. There’s this one sticking point: one rather prominent phone maker doesn’t play well with others and doesn’t bow to standards that others set. They’re way too cool for that. Of course, that would be the iPhone, which has a proprietary power port.

And one would be silly to omit the iPhone market (even if tempting, just to tweak them). So instead, the designers used the audio port – everyone has one of those, without exception. And, as a bonus, on some phones, the audio jack can even deliver power. So for such phones, the Floome has no need for its own power supply.

But in order to capture all phones, they have encapsulated a lifetime (40-yr) battery. Just to cover all the bases. Because they figure that the battery will never need to be changed, it’s inaccessible; you couldn’t change it if you wanted to. (I know, Apple caught hell for that with their first iPod. But that device didn’t last 40 years on the factory battery.)

2045Tech has recently concluded an IndieGoGo funding round to stimulate the first production runs in September or so. Pricing is expected to be $80, so it’s more expensive than some of the current consumer devices, but far less than the clunky pro models that you’d never want to be seen with. And they claim that their tests prove results within 10% of what the pro models report.

So we may have a more accessible, accurate way of getting a feel for what 0.08% feels like. Which has already gone down to 0.05% as a limit in many countries, and there is now pressure afoot in the US to follow suit.

And if you’re over the limit? Their app will let you input your height, weight, and gender, and then it will suggest how long you need to wait before driving. No, wait, scratch that: how long you should expect to wait before blowing one final test that will give you the green light. (The display does seem to say, “Time to drive,” but if I were you, I’d double-check. And if their lawyers catch wind, they’ll probably have them change that wording…) So you can figure out what to do during that time.

No, DON’T have another drink while you’re waiting…

One thought on “A Better Measure of Your Breath”