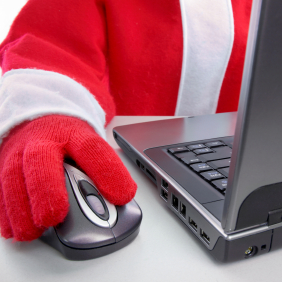 It’s mid-December, and in journalistic circles, that means it’s time for the year-end wrap-up article filled with enticing prognostications for the upcoming year. Or we just ramble because it’s a slow news week and the advertiser-supplied bourbon is starting to pile up in the break room. In keeping with both hallowed traditions, I offer herewith my own humble observations, wishes, and pronouncements for 2012 and 2013.

For starters, I’d like to see the x86 processor family get a bit more respect. I know, I know, I’m a hypocrite. I’ve been bad-mouthing Intel’s venerable chip family for almost as long as it’s been in existence. The architecture gets a bad rap for being slow, power-hungry, and expensive. And unless you’re designing a PC or something else that has to run Windows (an operating system that itself has gotten a lot of stick), there’s little reason to use an x86 chip, right? But, like Ebenezer Scrooge, x86 processors really aren’t that bad. They’re just misunderstood.

I did one of my first serious engineering projects on a ’386 back when it was brand new, and I was very pleasantly surprised. The chip was far more capable and practical than I expected, and it had a lot of hidden features that turned out to be extremely valuable. Its built-in four-level protection mechanism, for example, was a real eye-opener. Here was a hardware mechanism that could easily take the place of thousands of lines of operating system code, all for free. And it was faster, too, as well as being dead reliable. All by itself, the chip could keep user-level code from interfering with kernel code; it handled parameter passing in a way that prevented inserting trap doors; it swapped stacks and interrupt tables along with privilege levels; it was fantastic. Naturally, neither Windows nor any other operating system I could find took advantage of those features. But I sure did.

And that’s on top of the x86’s built-in memory management that protects against stack overflows, code runaways, and null-pointer goofs. Again, all built in, all free, and all lightning fast. The list goes on, but the more I used x86 chips, the more I came to like them. Sure, they’re more complex, and therefore more power-hungry, than a simpler RISC processor built in the same silicon technology, but that’s just the point: there aren’t any simpler processors built in the same technology. Intel has some of the world’s best semiconductor-fabrication equipment, and it’s a least a generation ahead of anything the ARM or MIPS guys are using.

Besides, all those extra x86 transistors are there for a reason. It’s not as if Intel’s engineers gratuitously added a million transistors just for ballast; they’re doing real work, and they’re adding value. Even if you’ve got no interest in running Windows, you owe the x86 architecture a look.

As long as I’m pleading with Santa, I’d also like to see hardware-design languages make a leap forward next year. Wouldn’t it be great if we could design our FPGAs and SoCs the same way we write C code? There are a lot more programmers in the world than hardware engineers, a trend I expect to continue. Putting those programmers to work designing (or perhaps “describing”) circuitry would boost productivity for everyone concerned. Oh yes, I know, there are already C-like hardware-description languages, but none of them are very popular and all of them produce mediocre results. The fact is, C is a terrible medium for designing hardware—some would argue it’s lousy at software, too—but it’s the most popular programming language we have, by far. If only C could be beaten into a good HDL, we’d have quicker and smoother development, I’m certain.

On another topic, rumors have been swirling about that Apple is ditching the Intel processors in its Macs and switching to ARM-based chips, like the kind it uses in its mobile iGadgets. That’s fun speculation, but I think it misses the mark. I think Apple is doing both: sticking with Intel and switching to ARM.

Huh? I’d like to see Apple design its own chips but have Intel manufacture them. That would combine the best of both worlds: Apple’s design and Intel’s semiconductor technology. It would mean that Intel would have to agree to manufacture chips that include arch-rival ARM’s technology, but that’s only a psychological hurdle, not a legal one. Intel already has a license to make ARM-based chips; it just doesn’t like to use it or publicize the fact. If Intel could agree to swallow some corporate pride (a nontrivial issue, I grant you), it could start making some of the world’s most popular processors—again.

While we’re at it, I’d like to see Android, iOS, Windows 8, and Windows RT all run the same apps. Oh, sure, that’s crazy, but wouldn’t it be nice? It’s bad enough that Windows 8 and Windows RT are essentially unrelated, incompatible operating systems that just happen to share a similar GUI. For all intents and purposes, they’re unconnected, and Windows RT is going to have a tough time garnering developer support. If only it could run Windows 8 apps… or any apps at all, really. If Google Play, Apple’s App Store, and Microsoft’s Windows Store all stocked the same apps that worked across all platforms, we’d have mobile OS détente. Developers could focus on features and functions instead of APIs, distribution models, royalties, compatibility, and market share. They’d be more like programmers and less like marketing dweebs.

Speaking of which, the last item on my Christmas list has got to be a set of “electromagnetic stabilizing” stones that promise to “balance the color” and “improve the liquidity and focus” of my stereo equipment. Uh-huh. They’re rocks. Evidently pretty expensive rocks, too, since even the small ones sell for $100. The advertisements for these online gullibility tests just amaze me. Every time I come across some new voodoo product for “harmonizing” stereo gear, or improving gas mileage, or making light bulbs last forever, I marvel at the credulity of the general populace. Then I kick myself for not thinking of it first. Why couldn’t I be getting rich selling audiophiles my special artisanal oxygen-free speaker wire, available in both left- and right-hand calibrated twists? This year, my wish is that all the harmonic-convergence vendors attend a one-week course in electrical engineering. It might damage the audio-snob market, but we might gain a few more design engineers.

2 thoughts on “A Humble Christmas Wish”