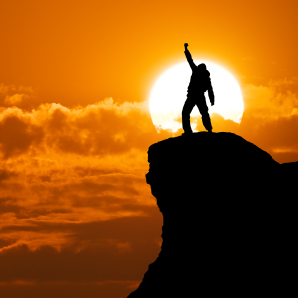 Citius, altius, fortius. That’s Latin, y’all, for “faster, higher, stronger.” The mathletes among you may also recognize it as the motto of the modern Olympic Games, urging the world’s elite competitors to give their all for the benefit of broadcast networks and sponsors—uh, for the simple joy of athletic achievement. Whatever; it translates into business-speak as, “up and to the right.”

Cue the “Chariots of Fire” music and slo-mo beach workouts with sweaty men in their underwear. Our industry’s best-known British competitor has essentially run its first four-minute mile, breaking through a barrier that many thought was impossible. Yes, ARM has made a 64-bit microprocessor.

Two, in fact. Ever the exemplar of English reserve, ARM has developed one 64-bitter for all-out speed and another one for more balanced price/performance/power ratios. Take your pick. Or better yet, use both. The two are designed to be twinned in a so-called big.LITTLE pairing in dual-core systems.

Technically called the Cortex-A53 (the little one) and the Cortex-A57 (the big one), the two represent ARM’s first foray into the big-boy world of 64-bit processing. For a lot of chip designers, the reaction was… “It’s about freakin’ time!”

ARM was late to the 64-bit party, but not by accident. The company that built its reputation (and considerable fortune) on the back of small, lightweight, and power-efficient processor cores was in no hurry to move to the grownups’ table. After cleaning up in the 32-bit CPU business—ARM-based chips easily outsell Intel’s by a 10:1 margin—the company then turned its attention downward, to 8/16-bit processors. Hence, the Cortex-M0, -M3, and related low-end designs were the first “brand extension” for ARM. The company saw more opportunity at the low end of the market than at the high end, and rightly so. Low-end MCU users can grow up to be high-end ARM customers, but it rarely works the other way around. By cementing its low-end and midrange dominance first, ARM built itself a solid base upon which it could finally attack the high-prestige and high-profit 64-bit realm.

It’s not that ARM couldn’t have released a 64-bit processor earlier; they just didn’t want to. Compare this strategy to that of MIPS Technologies. Years ago, MIPS was losing ground to ARM in the 32-bit world, so the company decided to differentiate itself by offering faster, more powerful alternatives to ARM’s. After all, MIPS could trace its ancestry to MIPS Computers and Silicon Graphics; high performance was its birthright. So the company spent zillions of dollars designing high-end CPU cores that overshadowed ARM’s in size, performance, and capability.

You already know how this story ends. MIPS overshot the market, discovering too late that the number of customers who wanted to license a 64-bit CPU core could be counted on the fingers of one hand. There just wasn’t any sustainable demand for high-end RISC processors ten years ago. MIPS nearly differentiated itself right out of business.

In contrast, ARM held back, biding its time. Once the market had caught up with the technology, the company rolled out its pair of 64-bit offerings. Sure, MIPS was there first—almost all processor companies were there first—but ARM’s two CPUs have the benefit of the ARM logo. That is, they’re binary-compatible with ARM software and they come from the world’s biggest supplier of CPU designs. It almost doesn’t matter what the –A53 and –A57 have in them; customers will line up because they’re from ARM.

As for the actual technical features of the two cores? They’re surprisingly unremarkable, almost boring. Recognizing that most 64-bit users are really interested in 64-bit addressing rather than 64-bit computing, the new designs add a lot of memory and paging hardware. It’s the big-memory features that server makers want. Most Web servers don’t really do all that much 64-bit arithmetic (how many ICBM trajectories do you really need to calculate on Amazon?), but they do need to access lots of memory, both real and virtual. So the –A53 and –A57 include lots of page tables, translation, and memory-protection goodies for the server wonks.

The instruction set also got streamlined a bit, which will be good news for compiler writers and programmers who still write in assembly language (all three of them). Both cores are fully backward compatible with existing ARM binaries, including the compressed Thumb2 instruction set, so in reality the –A53 and –A57 actually support three different ISAs. And yes, you have to mode-switch between them, just as you did with the original ARM/Thumb conversion.

Overall impressions? The new 64-bit designs look a lot like everyone else’s 64-bit designs. They’re generic and uninteresting from an architecture standpoint, which may say something about the state of CPU design today, or it may simply be a reflection of what the market wants. There’s nothing remarkable about either Cortex-A5x processor that makes you stand up and say, “Wow!,” even if you aren’t a microprocessor nerd. They’re like an extra helping of vanilla ice cream, just in a bigger tub.

ARM has already signed customers for its two new cores, of course. The ARM-based server makers have been waiting for these with bated breath, so there was never any question that they’d find early homes. One company, Cavium, even took the extra step of paying for an “architectural license,” which means it gets to design its own 64-bit ARM cores instead of using the off-the-shelf –A53 or –A57. That’s an expensive move (think multiple millions of dollars), but one that allows Cavium to separate itself from the increasingly crowded ARM pack.

For the rest of us mortals, it’ll be a long time before we can afford to license a 64-bit ARM processor. It will even be several months before we can lay hands on a real, physical 64-bit ARM chip. The work is underway, but there’s a fair distance still to go.

Whether or not ARM takes over the entire world or just reigns over a small part of it, the CPU family now has a clear succession plan. From the dirt-cheap Cortex-M0+ devices to the new –A57 chips we’ll see next year, ARM has got you covered. The company’s colonization of the CPU landscape is almost complete. ARM performance reaches higher, its grip on the market is stronger, and it’s achieved its dominance faster than anyone else.