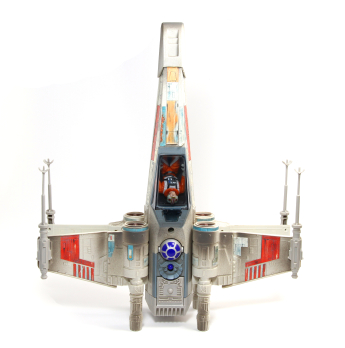 The Importance of Fun Projects in Engineering
by Jim Turley

Most little kids want to grow up to be cowboys, ballerinas, astronauts, or firemen. Not you. You wanted to be an engineer, didn’t you? You wanted to make stuff.

I’m willing bet you didn’t become an engineer or a programmer by accident. You chose that career. You weren’t born into it. You probably didn’t inherit your father’s engineering practice. Your family doesn’t come from a long line of engineers that expected you to uphold the family tradition. You weren’t assigned to Job Classification 35.984.001 by an immense and bureaucratic government agency.

That said, it’s probably fair to admit that every single day on the job hasn’t been all rainbows and unicorns. Sure, it’s a fun and interesting profession overall, but there are good days and bad days, just like with any job. “I suppose that even the most pleasurable of imaginable occupations, that of batting baseballs through the windows of the RCA Building, would pall a little as the days ran on,” according to James Thurber.

But do some projects get you more excited than others? Every once in a while you come across something so interesting that you say, “I want to work on that!” It’s the nerd equivalent of, “Put me in, coach!”

Many years ago, my boss assigned me to the team developing locomotive control systems for the TGV, the French bullet train. I was thrilled. The TGV is basically a giant toy electric train set (it’s not diesel powered like most trains) with identical electric locomotives at each end. The train never turns around; it simply “backs up” for half of its routes. And the first-generation control systems had a nasty habit of enabling both locomotives at the same time. At 125 MPH. This is known as a hardware failure.

I was happy to work on the project in part because it was easy to explain to other people. It was one of the few times that the final embedded system was something normal people could recognize. Sure, designing network routers or disk controllers was rewarding in its own way, but a real high-speed train? That was cool. It was doubly relevant for me because my father was a railroader. He’d worked on trains from the time he was a teenager until he retired. It’s the only job he ever had, and we’d grown up around trains.

We eventually got the new TGV controllers to work, despite some hellacious EMI problems. (High-speed electric trains put out a lot of electromagnetic interference.) But, despite all the drawbacks, the late nights, and the inevitable run-ins with government and regulatory agencies, the project was a lot of fun.

What projects have you really enjoyed? Or if, sadly, you haven’t had one of those yet, what project would get you excited? How about this: Recently a company called Planetary Resources announced that it intends to do asteroid mining. Yup, just like in the movies. The company is designing its own spacecraft to explore and mine asteroids, bringing the raw materials back for use on Earth. How cool is that?

Interestingly, the company says it will “…incorporate recent innovations in commercial microelectronics…” which sounds like it has our career skills written all over it. It goes on to say that they’ll be employing this technology “… in ways not traditionally used by robotic spacecraft.” Now there’s a phrase you don’t see very often. We’re talking about robot spacecraft as if they’re old technology. Sign me up!

If robot spacecraft mining isn’t your thing, how about medical devices? Or video game consoles? Automotive electronics? Whatever it is, there’s probably something that would get your development juices flowing.

As engineering employees, we know how exciting it can be to work on some projects, and how miserable it can be to work on others. A few bad projects in a row can sap your enthusiasm for your work, your employer, and even your entire career path. As managers, we need to be aware of our teammates’ interests and assign projects accordingly. Showing enthusiasm for a project isn’t immature; it’s a strong indicator of future success.

Management gurus and boardroom consultants have been telling us for decades that workers in creative fields – a category that includes engineering – aren’t motivated by money. Rather, they’re motived by the esteem of their peers and by creative challenges. A public “atta boy” is more valuable than a private bonus check. (Although both would be nice; they’re not mutually exclusive.) Napoleon Bonaparte said, “a soldier will fight long and hard for a bit of colored ribbon.” Programmers and engineers like to feel useful, creative, and valuable. They like to know that their contribution is important and unique, and not just something that a trained monkey could have done. And like any soldier fighting in the trenches, they want to know they’re working toward something; that they’re toiling for a good cause. That’s why massive but audacious projects like moon landings attract such good talent and produce such extraordinary efforts. A lot of Apple employees feel that way. Check with any startup company and the founders feel that way, too. They share a common mission. They’re doing something great, not just cranking out CAD drawings for another dumb revision of the same old widget.

I don’t know if Planetary Resources has a legitimate business strategy or if their plan is economically feasible. I don’t even know if it’s technically feasible. But what a cool project to work on! As long as the paychecks clear, I bet a lot of enthusiastic engineers will happily toil away into the wee hours because they enjoy what they’re doing.

What projects would get you excited? Let us know in the comments below.

One thought on ““I Made That””