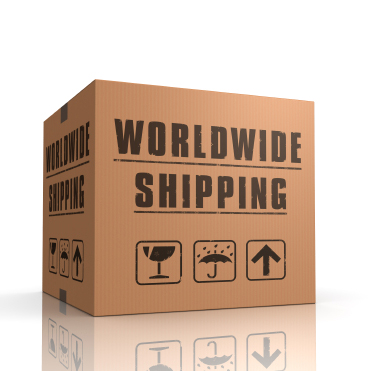 Altera announced this week that production shipments of their high-performance Stratix V 28nm FPGAs have begun. While we’ve been talking for a couple of years now about all the advantages that the 28nm node will bring to the FPGA landscape, this announcement is probably the most important sign that the rubber is actually meeting the road when it comes to delivering those benefits to the world.

In the FPGA market, vendors begin bragging about their new device families LONG before they’re available to the public. There are a couple of reasons for this. The first one is practical. It takes time to design something based on a new, advanced FPGA family, and the tools and specifications are generally available long before the actual silicon is ready. If you have one of those designs that just can’t wait for the newest stuff, you want to start your design process well before volume shipments of parts begin. That way, your design can be ready to go as you hang out on the front patio of your office building waiting anxiously for the FedEx guy to show up with your first development kits, samples, and production chips.

“Hey, got anything for me?”

“Uh, I’m delivering about 50 packages to your company today…”

“I know. Still. You’ve been out here every day for the past two weeks.”

Engineers can be a bit over-zealous at times. It’s one of the things that makes us great.

Another thing that makes us great is Moore’s Law. Our collective community has achieved something probably never done in the history of human progress – essentially doubling the value we deliver for a given price every two years for more than four decades. Right at the cutting edge of that delivery are the latest-generation 28nm FPGAs. Never before has a single semiconductor device been packed with this much capability.

The second reason for announcing a new family of FPGAs long before it is ready for production is simple marketing bragging rights. In the Hatfield and McCoy world of the FPGA duopoly, you want to be the first… everything. You want to announce first, sample first, have software ready first, begin volume shipments first – whatever it is, you need to be first. First is very, very important. And you need to be first and not those OTHER guys over on the North/South side of town. If you’re not first, you need to re-define the category so that you then become first. For example, Stratix V FPGAs, according to Altera, are “the industry’s first high-performance 28-nm FPGAs in production.” There. Did you catch that? Marketing slipped that “high-performance” in there because Xilinx already had some 28nm FPGAs in production. Since Xilinx’s Kintex-7 line has been “shipping” for about a year, Altera’s clever marketing folks slipped in some complimentary modifiers and became “first” all in one fell swoop. And, to be balanced in our ribbing of marketing folks, “shipping” is in quotes above for a reason. Apparently, grabbing a couple of samples, testing them, dropping them in a briefcase, jumping on a plane, and hand-carrying them to a customer can be construed as “shipping.” Altera is talking about volume production here, though, so the term “shipping” can be deceptive

While it’s always entertaining to poke fun at marketing, it is also a bit like shooting fish in a barrel. (What does that metaphor mean, anyway… really?) The important part, and the reason we have this article, is that Altera’s announcement has teeth. While smaller chips benefit from new process nodes, that benefit is primarily economic. You can buy the same number of gates as last year for less money. It’s the big chips that have more significance. With each process generation, the biggest, fastest chips are bigger and faster – bringing new capabilities to the table that simply did not exist before.

That’s why this Stratix V announcement is cool.

These are the highest-performance FPGAs that have ever been made, and now people can actually start soldering them onto boards. Altera is in production with 8 members of the Stratix V family, and more are on the way. They are also shipping samples of their new mid-range Arria V family at 28nm, and they are slated to ship engineering samples of their smaller Cyclone V 28mn family this month.

There has been much discussion and controversy centered around the two big 28nm FPGA competitors choosing different processes from TSMC’s 28nm menu. Altera is making Stratix V using the “28HP” process. TSMC has three flavors of 28nm available – 28HP, 28HPL, and 28LP. 28HP (used in Stratix V) is the “I wanna go fast” formula. It operates at a core voltage of 0.85V and boasts the fastest switching times (45% faster than TSMC’s 40nm 40G process) with a similar amount of leakage per gate. The 28HPL process is “low-power with high-K metal gates.” Xilinx chose to fabricate all of their 28nm families with the “middle” 28HPL process – trading off some speed for improved power consumption. Altera therefore will probably get to continue boasting the fastest FPGAs, while Xilinx talks about density and power efficiency. Altera then chose the 28LP – the lowest power option, for their Cyclone and Arria families.

Also interesting in the chess game of FPGA family roll-outs is the strategy of which device families to bring to volume production first. Over the years, we have seen every combination – high-performance first followed by low-cost, low-cost first followed by high performance, high performance first followed by … nothing. Each plan sounds great when the vendor explains the reasons – “We could start yielding our low-cost devices much more quickly, so it made sense to focus on shipping them first.” Or, “The market demand for new families is at the high-end, so we wanted to get those to our customers first, and to use those to solve the challenges of the new process. High-end customers are less cost-sensitive, so we could tolerate lower yields…” The thing is, no matter what the explanation, the devices are generally close enough together in their shipping schedule that most customers never know the difference.

Altera says that customers already have Stratix V FPGAs deployed in a demonstration of 400G systems – which are likely to be the wheelhouse of high-end 28nm FPGAs. With Stratix V boasting transceivers operating at up to 28Gbps and hardened PCIe Gen3 x8 blocks, you can pump a lot of data through a big pipe in a hurry. Also unique to the Altera families are variable-precision DSP blocks, which enable floating-point DSP operation in FPGAs – at a much higher speed and at much lower power than comparable operations in conventional DSP processors.

Stratix V comes in several variants – “E” contains the most logic fabric – suitable for ASIC prototyping and other density-hungry applications. “GX”, “GS”, and “GT” each have different mixes of transceivers at different performance levels.

And, in case we forgot to mention… they’re in production now.

One thought on “Shipping the Future”