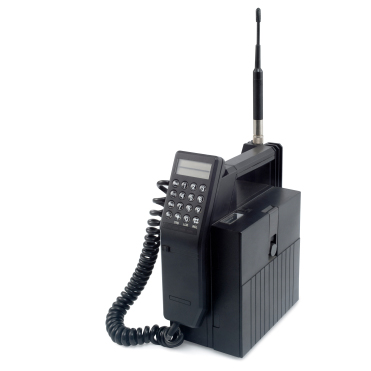 The PC In Your Ear

Intel’s Medfield to Debut in Smartphones; Microsoft Plays Both Sides
by Jim Turley

So it’s finally happened: an Intel PC that fits in the palm of your hand and costs less than $300.

Nobody’s calling it a PC, of course. It’s a smartphone, and it’s not due to appear for a couple of months, but it’s basically a PC. It’s got an Intel x86 processor, a bunch of RAM, a real live operating system, a network interface, a keyboard and a screen, and it runs third-party applications. If only the operating system were Windows instead of Android, it really would be a PC.

In case you missed the news, two cell phone handset makers, Motorola and Lenovo, both announced they were making new phones based on Intel’s “Medfield” chips. Both phones are starting production now and will begin shipping to stores in springtime, so they’re just a few months away. This is a big deal for Intel because it’s the first time Intel’s chips have been used in a cell phone. This is basically the day Intel management (and a few thousand of its shareholders) have been waiting for.

But do customers care? Well… we’ll see. Customers won’t see a big difference between these milestone Intel-based phones and your everyday Android phones based on chips designed by ARM. And that’s partly the point: Intel wanted to make a low-power x86 processor that could do what ARM chips do, and thereby elbow its way into the high-volume cell phone market.

Medfield is Intel’s code name for a multi-chip set (the company calls it a platform) that includes the Pennwell chip (officially called Atom Z2460), which is yet another version of the Atom x86 processor. Penwell, in turn, is based on the single-core Saltwell CPU design and is fabricated in 32nm silicon.

The Saltwell CPU runs at up to 1.6 GHz, which is pretty darned speedy by phone standards, and exceeds the clock frequency of pretty much every ARM-based competitor. On the other hand, most high-end ARMs are based on the dual-core Cortex-A9, whereas Saltwell is single-CPU only. But on the other, other hand, Saltwell (like most Atom designs) can do dual-threading, so it’s kinda like having two x86 processors working together. I’d give the nod to Intel on this one, performance-wise.

Power consumption? Who knows? Intel says that Pennwell (note: not the whole Medfield chipset) consumes only about three-quarters of a watt at full speed. Nobody but Motorola, Lenovo, and Intel know how much juice the whole chipset consumes. The ARM-based alternatives from Qualcomm, Texas Instruments, and nVidia, in contrast, are often single-chip solutions, so the total power consumption is right there on the datasheet.

Nevertheless, Medfield is certainly in the running. It’s a whole lot better than Moorestown was when it debuted two years ago and swiftly disappeared without a trace. This time around, two actual cell phone makers have committed to build handsets based on Intel’s chip. And one of them is even moderately successful.

Motorola is still (sort of) a big name in the cell phone business. Heck, there was a time when Motorola “bricks” defined the cell phone business. Those days are gone, and now the company is in ninth place globally, with just 3.7% market share, according to Gartner Inc. research. Motorola is also about to become part of Google (assuming the U.S. Department of Justice approves the acquisition), so its fortunes may soon be improving. Being owned of Google should certainly make it a shoo-in for the role of favored Android platform. Motorola executives (soon to become Google executives, we assume) said they’re already working on follow-on products that will use Intel processors, too. This doesn’t appear to be a one-off demonstration for Intel’s benefit but a real product roadmap based on x86 silicon. Intel must be very pleased.

The other handset company to demonstrate a Medfield-based phone was Lenovo. Who? You remember Lenovo, the Chinese company that bought up IBM’s PC business a few years back. They’ve been making ThinkPads ever since, and doing a pretty good job of it. But Lenovo has almost no traction in the cell phone market. Gartner says it produced just 0.3% of the world’s handsets last year. Even in China, the company has only 1.7% market share. Even the Chinese barely know who they are.

Conspicuously absent from the mutual admiration society were LG and Samsung, especially the former because LG proudly showed off a Moorestown-based phone two years ago when that chip came out, and then did… nothing, apparently. One might have expected LG to arrive early to the Intel launch party, but perhaps the Korean company’s invitation got lost in the mail. Or LG may just be waiting a few weeks to announce its phone separately and avoid getting drowned out by the Motorola/Lenovo hoopla. We’ll see.

So now that Intel’s got competitive silicon for Android phones, that just leaves the issue of application software. Nearly all Android apps today are running on ARM-based gadgets, so that leaves Intel in the unaccustomed position of underdog. The company has been heavily encouraging Android application developers to port their apps to x86, and it claims that most (i.e., 90%) of today’s Android applications will have x86 versions by the time the Motorola and Lenovo phones hit the street.

What a strange world: we’ve got Intel trying to dislodge ARM chips by heavily promoting a (sort of) open-source operating system from Google, while at the same time Microsoft is hoping to reduce its dependence on Intel chips by endorsing Windows 8 for ARM processors. Both giants are hedging their bets, simultaneously happy to help each other (Windows on x86) but equally happy to throw each other under the bus (Android on x86 or Windows on ARM). That must make meetings awkward.

The winner in all of this is you, the designer. Windows software and x86 hardware are no longer a package deal. You can have one without the other—or none of the above. You’ll be able to get the Windows user interface and infrastructure on a variety of chips, or you can have x86 silicon with the Android user experience. Or just be a rebel and run QNX on PowerPC or ThreadX on MIPS or ColdFire with CP/M—anything seems possible now. Choice is good; choice adds variety; choice keeps the industry interesting. Which alternative would you choose?

3 thoughts on “The PC In Your Ear”