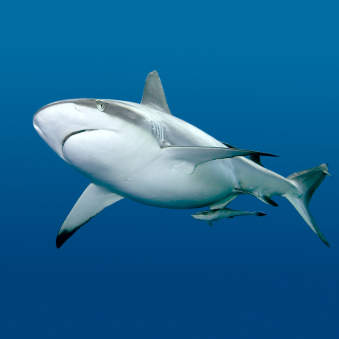 Anyone who watches the programmable logic industry has seen a major resurgence from Lattice Semiconductor over the past couple of years. Just a few years ago, the company was on the ropes financially and technically, and many experts were expecting the company to quietly perish in the night.

Instead, Lattice came back with a spark of focused determination seldom seen in long-lived technology companies. The executive ranks were purged and refilled, the culture was dramatically transformed – from a rigid, top-down dictatorship to a bottom-up, participative, team-oriented environment that fosters creativity and risk-taking. The business plan shifted from something like an under-funded “be-all, do-all programmable stuff” to a tactically-tuned, opportunistic scalpel – carefully carving measured market share chunks from complacent competitors.

The company’s traditional reliance on a big market share in legacy CPLDs gradually gave way to newer, more competitive markets like mid-range FPGAs – a market that Lattice makes a plausible claim to having created. Sales increased, and, more importantly, the mix of sales shifted smoothly from pending-obsolete CPLDs to more modern offerings.

There have been a couple of dangerous vulnerabilities in the company’s new strategy, however. First, the “CPLD” portion of the company’s product line has quietly shifted to something that’s not a CPLD at all, in reality, but rather a very small FPGA with embedded flash performing the functions a CPLD would have normally handled. For users, the distinction was unimportant. For Lattice, however, it reflected the fact that CPLD architectures have become impractical with today’s technology, and it was more feasible to deliver those same capabilities with an FPGA.

The flash-based FPGA solution itself may be only temporary, however. Fabricating an FPGA with on-board flash at the latest process nodes brings its own challenges, and Lattice’s low-cost devices were therefore hanging back a couple of nodes, which posed a problem for keeping up with Moore’s law on cost, performance, and power. What the company needed was a non-volatile memory technology that could be fabricated on standard CMOS processes.

For the past several years, SiliconBlue has been the most successful FPGA company that you never heard of. As has been well documented in these pages, starting a new FPGA company has a difficulty rating somewhere between “impossible” and “insane.” The challenge stems from the fact that what seems like a semiconductor start-up ends up not being about semiconductors at all. Even though you do have to produce and sell programmable logic chips, you end up spending all of your time, effort, and venture capital trying to create, deploy, and support a tool chain and design methodology to nervous, skeptical engineers. The problems posed by that challenge utterly eclipse the comparatively simple task of taping out a new silicon architecture on unforgiving hyper-expensive CMOS processes where a simple design re-spin can cost tens of millions of dollars. Then, if you’ve got both the tools and the technology handled, you need to be ready to contend with the two 900 lb gorillas that jealously guard the gates to the FPGA market, and who don’t take kindly to new kids showing up on the block.

SiliconBlue artfully dodged the toughest of those problems with a clever strategy of avoidance. First, the company went after the low-tech end of the silicon space, designing the tiniest of FPGAs for the biggest of markets – the mobile consumer market. There, instead of engaging hundreds of customers doing low-volume design with high-priced programmable logic chips, SiliconBlue has been able to focus on a handful of customers using very large volumes of very cheap chips. Fewer engagements and smaller, simpler designs mean a dramatically reduced support burden. SiliconBlue could afford to personally hold the hand of each engineering team designing in one of their chips – even doing the design work for them if the situation called for it.

SiliconBlue had another trick up their sneaky little sleeves as well. They licensed a novel non-volatile memory technology from Kilopass, which they then adapted to use in their programmable logic devices. Unlike conventional flash, this non-volatile memory can be fabricated on all current standard CMOS processes – most likely even at the current bleeding-edge 28nm process node.

Ahem, are you listening, Lattice?

Lattice Semiconductor noticed that SiliconBlue had a number of things that would cleanly complement their own efforts – a non-volatile memory technology that could easily be used to fabricate CPLD-like devices on standard CMOS processes (particularly from TSMC), an FPGA architecture based on that non-volatile process that was already optimized for low-cost, ultra-low-power, high volume applications, and established customer relationships with companies doing high-volume manufacture of mobile and consumer devices.

It was a match made in heaven, right?

Sheesh, don’t go getting all sappy on us.

Lattice announced this week that they plan to buy SiliconBlue. Our first take is that this is the kind of merger that makes sense – giving a bigger audience and a stronger vehicle to deliver SiliconBlue’s novel technology and strategy, creating a path for extending the life and the capability of some of Lattice’s key revenue products, and accelerating Lattice’s expansion into one of the key green fields for programmable logic – low-cost, low-power programmable devices for the high-volume mobile market.

There are a number of other fortuitous factoids surrounding the acquisition. SiliconBlue’s offices are just a stone’s throw away from Lattice’s Silicon Valley headquarters, so critical talent won’t be lost in some massive relocation disruption. Lattice happened to have a lot of cash burning a hole in their bank account, and this re-investment in growth allowed them to do something productive with that bundle. And, SiliconBlue came with an already-established revenue stream, even though the company was still operating in startup mode.

Unlike most mergers in our industry, we think that this combo will result in more cool products, rather than fewer. Often, two companies merge and the result is smaller than the sum of the parts. Here, however, we are likely to see an expansion of the legacy lines of both companies, a growth into “in-between” applications that were not well served by either company before, and perhaps the advent of some really cool game-changing low-cost FPGAs.