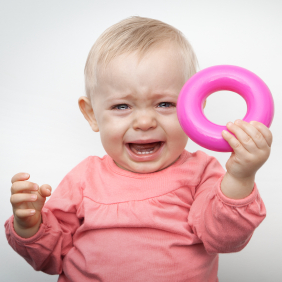 Shut Up and Drive

In-Vehicle Entertainment Systems to Double by 2015
by Jim Turley

“Remember when the radio was the best part of your car?”

Remember when that advertising slogan ran? It was about 1975, I think, in a TV commercial for a mix tape (remember those?) that recaptured top tunes from the 1950s and 1960s. Not my demographic, I’m happy to say, but I understand the sentiment. Upgrading the lousy factory in-dash radio was the first thing I did on all my old cars, and just about the only bit of automotive surgery I was qualified to perform. While the cool kids added limited-slip differentials, coil-over shocks, and injection kits, I fooled around with the in-dash electronics. Geeks before gear heads.

Fiddling with a car’s electronics was easy back then, too. You basically had one +12V line, a fuse, four pairs of speaker wires, and… not a lot else. Electronics and automobiles weren’t exactly incompatible, they were just… different. Like corn flakes and blue cheese dressing, you might enjoy them both—just not at the same time.

For the trivially minded, the first car to include a microprocessor was the 1978 Cadillac Seville, which used an 8-bit MCU in its Tripmaster trip computer. This was basically a glorified odometer, but it presaged the unstoppable encroachment of digital electronics into our cars. So consistent has that growth been that by 2015 more than 35 million new cars will have their own in-car entertainment systems.

The market-research geeks at In-Stat say that’s how many new cars will roll off the assembly lines with full-on “infotainment” systems installed. Among other things, that means the market for automotive chips will more than double between now and 2015, with the bulk of the growth coming from processors, Wi-Fi chips, and DRAMs. It’s not often you see semiconductor markets double in size in such a short time, but this looks like one of those rare bonanzas.

In-Stat further estimates that the typical bill of materials for the in-car infotainment system will amount to about $75. That’s not much, but remember that this is just for the infotainment system; it doesn’t include the more serious functions of controlling the drive train (i.e., engine and transmission), window lifts, power seats, and so forth. You can also be darned sure that consumers will pay a lot more than $75 for the infotainment option. Picking out the family minivan with the seat-back TV screens and a built-in DVD player will set you back thousands of dollars, not just the $75 that it cost to build. That’s pure profit for the auto manufacturer and a juicy mark-up for the dealer. So the real driver (as it were) for all this automotive electronics is profit.

Nothing wrong with that. Profit drives most innovation and commercial development. General Motors and Daimler-Benz aren’t charities; they’re in this business to make money.

But the grim downside to in-car electronics is that it’s killing people. All these shiny new objects are distracting the driver. Even GPS navigation systems, ironically enough, are taking drivers’ eyes off the road. They stare at the moving map instead of reading street signs or watching for red lights, emergency vehicles, and obstacles in the road. Whether consciously or not, we expect the soothing voice in the nav system to guide us to our destination, subtly undermining our responsibility to actually pilot the car.

You want to know the primary cause of death among American teenagers? It’s not drugs, alcohol, gangs, violence, disease, or accident. It’s their own cars. Until they’re about 20 years old, new drivers are more likely to die in their own car than from any other cause, natural or otherwise. Teenagers in the United States (and to some extent, in other Western nations) are astonishingly poorly trained to operate an automobile. In many U.S. states, driver “training” consists of tossing the keys to a 16-year-old who has literally never been behind the steering wheel of a car. Given that cars kill more people than guns and AIDS and cancer combined, you’d think we’d spend a little more effort on finding a cure for bad driving.

Alas, that’s not the case. But we can reduce the number of distractions, starting with cell phones, GPS navigation systems, iPod docks, and 28-speaker stereos. New drivers should turn all of these completely off (yes, including the cell phone and the GPS) and focus on looking out the windshield, not into the little screen on the dashboard. Maybe after a few years of accident-free experience these distractions can be enabled, starting with the radio.

Harsh? Maybe, but few would question the need for thorough training before giving a teenager a loaded handgun, which is arguably less dangerous than a car. Anti-industry? Hardly. Automakers will still pack their cars with high-margin and highly attractive electronic goodies, and the adult car-buying public will happily consume them. Just switch them off for new drivers, and everybody lives to be infotained another day.

2 thoughts on “Shut Up and Drive”