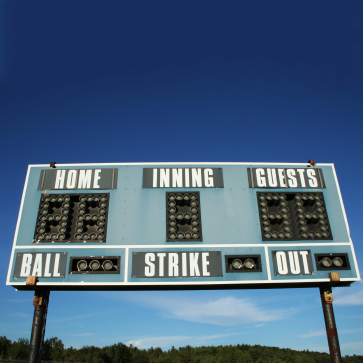 Unraveling the Paradox of PCB Tool Rankings
by Kevin Morris

We talk a lot about chips around here – custom ICs, FPGAs, embedded processors, memories – silicon gets a good bit of coverage in the pages of EEJ.  However, all that silicon has to eventually get parked and connected up somewhere, and that somewhere is usually on a PCB.

Unlike chips, unless you’re shipping your product with a standard board or module, you have to design the board yourself, specifically for your product.  That means, although we spend way more time talking about design tools for the creation of custom and customized chips, most of the EDA tools actually being used out there in the world are doing board design.

You wouldn’t know this from listening to EDA companies, of course.  If you pay attention to their marketing materials, you’d probably think they make all their money from tools for designing custom chips.  While that’s partially true, there is a big, quiet business out there steadily improving the tools we use for PCB design.

The big three in PCB design tools are Mentor Graphics, Zuken, and Cadence – with market share in that order.  Wait, what?  Many of you probably weren’t expecting Zuken in there.  There’s an interesting story behind that.  Market share numbers are not, it turns out, handed down from heaven on stone tablets.  They are made in very subjective ways by humans with the best of intentions but not the most reliable of methods.

In the old days, EDA’s best-known market share numbers came from Dataquest.  Until, that is, Dataquest got supremely bored with EDA and dropped their coverage and shut down the group that was doing it.  After that, Gary Smith – the former Dataquest analyst, picked up the gauntlet and started his own firm to continue the tradition of EDA market tracking.  From a high-level view, market tracking is an odd business.  Here’s how it works.  First, you find all the companies that play in a particular market.  Next, you go around asking them how much of the appropriate product they sold.  Then, you take all the results and sell them right back to those companies.  In reality, then, you’re selling their own data back to them.  It’s OK, though.  This is for nothing but bragging rights.  You are really just assessing a tax on narcissism.

Several interesting things can happen in this process.  One of them relates to the honesty of companies reporting their revenue on particular product lines.  Let’s say you’re a big EDA company.  Let’s also say you’ve always wanted to be #1 in semi-orthogonal rectifier coefficient derivation tools (SORCDT).  OK, we made that category up, but it will work just fine.  Unfortunately, you’ve always been #2 in SORCDT.  One year, however, a few giant electronics companies make multi-million-dollar “all you can eat” deals with you where they get an all-rides-pass for any tool your company makes – all for one big lump sum of cash.  You have no idea how much revenue comes from which tool, now, do you?  So, when some market analyst comes asking how much revenue you got from SORCDT, it might be tempting to quote a pretty big number – owing to the ambiguity of those deals.  You throw out a big number and – kawhang!  — you are now the world’s pre-eminent SORCDT supplier.  Just like that.

Some EDA companies don’t like to give up their numbers at all.  They know the game, and they don’t want to play – or they have only one product, so they can’t play the revenue shell game with their competitors.  In those cases, the analysts make an educated guess based on publicly available information.  Sometimes, that educated guess is wrong.

In the case of Zuken, that is exactly what happened.  For a long period of time, analysts were ranking them #3 in the PCB market based on an educated guess of revenue partitioning from perpetual licenses, term licenses, support, and services.  Zuken saw their own numbers, smelled something rotten, made an appeal, and won.  Just like that – they jumped to #2 in PCB.  This obviously was not a welcome development for Cadence, who then fell to #3.  It was also not the best of news for Mentor Graphics, who suddenly had a smaller #1 number than before the “adjustment”.

What does all this market share hoo-ha have to do with us as engineers?  Not that much, really.  Mentor, Zuken, and Cadence have all been making excellent board design tools for a long time.  Assuming that Carl Icahn’s trio of recently-elected hit-men on the Mentor Graphics board don’t succeed in sending the company to sleep with the fishes, and assuming that Zuken maintains their focus on board-level design as well as their independence, and further assuming that Cadence doesn’t get so preoccupied with re-defining the dominant paradigm vis-a-vis EDA360 that they forget the basic cash-cow-non-360 PCB business that’s accounted for a huge chunk of their revenues over the past couple of decades, we will continue to get superb tools from all three of those companies for a long time to come.

PCB tools are the most mature in the EDA landscape.  While feature trends have come and gone, the major tools are all basically very stable and reliable these days.  In the EDA industry, many people even go so far as to describe them with the ill-fitting word “commodity” – which these extremely complex software packages are most certainly not.  The major emphasis areas – system-level structural design, board placement and routing, signal integrity analysis and optimization, thermal analysis, power supply distribution network design and analysis – all seem to have a new “required” feature every year.  Seldom are any of these innovations enough to justify a transition to a new tool suite.  In fact, in our own surveys of the PCB market, the single biggest factor in deciding about changing PCB tool suppliers is inertia – caused by investment in training and tool-specific expertise.  If you’ve spent a lot of time and energy learning to be proficient with one vendor’s tools, it would take a pretty enormous incremental improvement in a competitor’s tool to justify re-learning the whole tool process over again.  Multiply that by an entire engineering team, and you’re left with a situation where it takes a huge event to compel a team to change board tools.  If it’s working for you, and you can afford it, dance with the one that brung ya.  The grass is really not that much greener.  Enough cliches?  Let’s move on.

Another key factor in PCB tools is the use model.  For many smaller companies, or for large companies with small co-located engineering teams, “desktop” tools suit their needs just fine.  These tools are focused on design and analysis, with not much infrastructure for “enterprise” features.  For big companies doing large design projects, and with centralized CAD support and library management functions, and with design teams that span geographies, time zones, and often even languages, “enterprise” level features like team design, design and configuration management, ECO control, library management, and so forth are important.  Since most of the top tools have basically all of the technical features you’d need, it is often the “enterprise” capabilities that make the difference.  Be prepared with a budget, though.  The cost per seat for enterprise-level board tools is much higher than for desktop systems.

The Zuken re-rank was almost unprecedented in the history of EDA market share wars, and it surprised many people.  While Zuken had been known to be extremely strong in Japan, their strong worldwide expansion was quiet, strong, and steady.  The result (if you believe the scoreboard, which admittedly is a huge “if”) is that we have a strong three-player market where all three competitors have strong, compelling product lines that include both desktop and enterprise offerings.  In addition to those three, we have some smaller players like Altium who are constantly making trouble for the big three.

The result?  Board design won’t explode into the kind of high-growth market that attracts VC for new startups or that impresses investors in the big EDA companies.  However, we’ll still have strong tools available that can do the job we need and enough competition in the market to be sure that they’re at least somewhat affordable and moving ahead technically.  That’s a pretty good place for things to be.