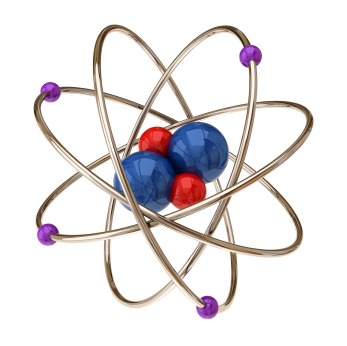 Shout the word “microprocessor” in a crowded theater and most people think “Intel.” In reality, Intel makes only about two percent of the world’s microprocessor chips. The other 98% come from dozens of suppliers of 8-bit, 16-bit, and 32-bit microprocessors used in embedded applications. Intel has generally been quite happy to keep the most lucrative 2% to itself and leave the other 98% for everyone else.

At this week’s Intel Developer Forum (IDF) in San Francisco the company pulled the wraps off the Atom E6xx microprocessor chip, the first new embedded x86 processor in a long while. Code-named Tunnel Creek when it was in development, the E6xx is Intel’s first real attempt to push Atom into the embedded market. Whether it succeeds or not depends on your taste for x86 chips and your definition of “embedded processor.”

All four versions of the chip are identical except for clock speed, and they all come with a DDR2 memory controller, four PCI Express lanes, a dozen general-purpose I/O pins, and a PowerVR graphics controller (licensed from Imagination Technologies). For what it’s worth, this is the exact same graphics controller used in Apple’s iPhone 3GS. (Intel and Apple are both shareholders in Imagination Technologies.)

Now, the bad news. Those prices don’t include the “south bridge” chip, which is almost mandatory, nor do they include the required clock-generator or power-manager chips. Intel sells the EG20T south bridge for $9, or you can buy similar devices from Oki, STMicro, or Realtek. The clock- and power-management chips are available from Dialog and Rohm for a few bucks apiece. So you’re looking at a three- or four-chip set that costs at least $30 by the time you’re done. Intel’s development kit costs a surprisingly hefty $1500 a pop, compared to most companies’ $99 or $199 giveaway specials. Clearly, there’s a cost to dealing with the microprocessor giant.

Internally, the Atom E6xx is identical to other Atom chips. That’s either good or bad, depending on your view. On one hand, it’ll run exactly the same code in exactly the same way as your netbook or other Atom-powered device. On the other hand, it would have been nice to see a truly embedded variation of Atom with reduced power consumption, enhanced sleep modes, or other improvements. Perhaps those will come later, but for now Intel is simply “repurposing” its existing low-end processor.

The big difference between the Atom E6xx chips and the more familiar Atom chips in netbooks is the PCI Express interface. Other Atoms have a proprietary system bus that must be used with Intel’s south bridge. With PCI Express, the new chips open up new expansion capabilities beyond Intel silicon and make it easier to glue the Atom E6xx to an FPGA or existing logic devices. You don’t necessarily need Intel’s EG20T chip, although without it you’d be missing the USB, SATA, Ethernet, CAN, and other features it provides.

As an officially recognized “embedded” processor, Intel promises to keep the E6xx in production for at least seven years, which is far longer than most PC processors stick around. The chips are manufactured in 45nm silicon, which is fairly advanced but still one or two generations behind Intel’s high-profile PC chips. That suggests that faster E6xx chips are on the horizon. All Intel would have to do is move the E6xx to its next-best process technology to get a 20–30% bump in performance. On the other hand, Intel may not want the E6xx to get too fast or it could cannibalize other Atom sales.

If you combine an Atom E6xx with the EG20T bridge chip, you’ve got yourself most of a low-end PC. It will boot and run Windows or most other PC-compatible operating systems. If a miniature PC is what you want, the E6xx gets you there for a reasonable cost.

If what you want is a low-cost or low-power embedded system with no PC compatibility, however, there are plenty of other choices. Freescale has a bunch of ColdFire-based processors that are about a zillion years old but offer a great price/performance ratio and come with lots of integrated I/O. The same goes for ARM- or MIPS-based chips: you can get a lot of bang for your buck and lower power consumption, too. Most of the alternatives are true single-chip systems, too, that don’t need a big companion chip or annoying clock- and power-management sidecars. It seems that Intel still hasn’t quite got the hang of this embedded thing.

Still, x86 compatibility has its charms. It’s easy to hire and fire programmers and it’s easy to find operating systems, middleware, and development tools for the world’s best-known CPU architecture. Atom chips may not be terribly affordable or power-efficient, but they’re extremely well supported. The advantages in time-to-market may outweigh the inherent x86 hardware tax.

And there’s a growth path. With an x86 chip like Atom, you know exactly what your upgrade trajectory will look like. Even if Intel never produces a faster E6xx device, you could always move to another Atom variation, or even a Core or Xeon processor, all without changing your software. Just beware of PC-oriented chips with short life spans.

Overall, the new E6xx chips are good news for embedded designers. They show that Intel is (sort of) serious about embedded processors, at least enough to bother with tweaking Atom and starting a new page in the product catalog. If nothing else, the seven-year production commitment should encourage some embedded developers to finally give x86 a try.