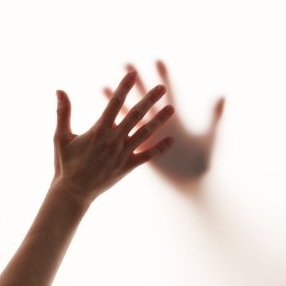 You barely touch. Nothing is said. Yet a link has been made. Recognition takes place, and a new relationship has been forged. Communication occurs at a different level than before, and things will never be the same again.

Welcome to the world of Near Field Communication (NFC).

You may have come across elements of NFC before: contactless cards, which you touch on a hotel room door reader, touch-in cards instead of tickets on public transit, or RFID tags protecting goods in a store. In the best traditions of the industry, these elements plus emerging technologies have been grouped under a new umbrella name, and a new body, the Near Field Communication Forum, has been formed to co-ordinate and promote activities in this area. What has caused the new approach is the ubiquitous mobile (cell) phone. (I will use both terms interchangeably.)

With basic NFC, there is a powered device (the hotel room lock) and an unpowered device (the card or the tag). Coils on the powered device produce an inductive current in coils on the unpowered – think of a transformer with an air-gap rather than a magnetic core. The two devices can then communicate by RF, over a distance of up to 20 cms (8 inches), but it is normal to touch one to the other. NFC uses the unlicensed 13.56 MHz ISM band with a bandwidth of 14 kHz.

With the early applications, unpowered devices (cards and tags) are movable, and powered devices are mainly fixed. In the case of the hotel lock, recognition triggers a simple action, but most of the other applications communicate information. RFID tags on a cow can be used purely for identification, but with dairy cattle the identity can be read automatically in the milking parlour and linked with the milk yield for accurate herd management.

The passive devices may also contain re-writeable memory, which can be changed by the powered device. In practice, not that many applications are using that capability.

With the cell phone, one device combines portability, power and communication. This makes it ideal for a read/write NFC device, and the most hyped application for NFC has been electronic payment using cell phones. The principle is that instead of using a credit card, the customer selects a credit card or other payment method from those available on the phone and touches a device to pay for goods or services. The example frequently cited is using a cell phone to buy a drink or candy from a vending machine – a very low value transaction that cannot justify building a card reader in to the vending machine. But for electronic payments to be successful requires setting up a long transaction chain, involving, at a minimum, the phone manufacturer, the cell phone service provider, the financial institutions, and the retailers.

While many of those who should be in the transaction chain are in broad agreement, working as the NFC Forum and in several other industry groupings, the model they have developed requires the creation of a new type of organisation – the Trusted Service Manager (TSM). The TSM is designed to fit between the cell phone network provider and the financial services organisations (bank, credit card issuer, whatever). Without the TSM there would have to be a many-many mapping between financial institutions and the network providers, with each mapping requiring complex contracts and regular transfer of information. The idea is that, with TSMs, each financial service company and each network provider has to deal with only a limited number of TSMs – possibly only one or two in each market. The problem is that nobody really seems to want to become a TSM, and the recent turmoil in the financial markets has not been helpful in encouraging companies into the market. The usual spiral is taking place: the phone makers are reluctant to put NFC chips into phones until the service providers specify them; the service providers are unlikely to specify NFC equipped phones until they can see revenue from them; the financial institutions, who can provide this revenue, are unlikely to be the first to jump into NFC payment until the infrastructure is in place. All this means that we are unlikely to see the pilot schemes that are operating in cities around the world expanding to national schemes, let alone expanding further to international schemes, any time soon. (After all, the US banks are still using magnetic card recognition, while much of Europe is using the Chip and PIN transaction methodology, reducing credit card fraud dramatically.)

While transaction payments, where the phone interacts with another smart device, are taking time to spread, there is a raft of other experimental applications being evaluated. Many of these use fixed tags, which are read by the cell phone, which then undertakes an activity. One that is being pushed by the tag makers is adding tags to posters. A poster for a concert would transmit the details of the concert for display on the phone, including a link through to the booking office, allowing the phone user to buy tickets, either giving the credit card details verbally or through the phone keypad.

An application that is currently being trialled is in home care. When a care assistant makes a home call, they touch in on a tag with their cell phone. The tag sends a signal to the phone, which dials the care service, reports the arrival and then automatically downloads and displays any changes in the care regime or other relevant information, such as a doctor’s visit scheduled while the carer is due to be with the patient.  On leaving, the carer touches out, and the phone tells the care service to update the time sheet.

One European cell phone service provider is shipping new phones with a set of tags in the box. Each tag is embedded in a card explaining a value added service, and to subscribe to the extra service, the customer just touches the tag, and the phone, with the network, automatically sets up the new service.

A simple use for NFC would be to couple two Bluetooth devices together: touching one on the other would allow the exchange of set-up information, with no ambiguity and very quickly.

Like many new technologies, NFC has attracted its share of scare stories: at the Embedded Systems Conference some years ago, there was a journalist from an alternative publication who was looking for evidence for her theory that the US government planned to implant RFID tags into everyone in the country as a way tracking dissidents. At the time, this seemed unlikely; today there are people seriously proposing that the chip be taken out of passports and put into people, preferably at birth, so that illegal immigrants, for example, can be swiftly identified. My cats have an implant that allows any vet to identify their ownership, by reading the chip and then checking a national database for the code: it is easy to see that this could be extended to interrogating their health record.

Is NFC going to take off? It can be argued that it has already begun to take off, with a wide range of applications already using the technology. The NFC Forum is a roster of the great and the good, and quite a few others as well, and some of the big silicon vendors are making available a wide range of NFC devices.  Many of these devices are using IP from British-based Innovision Research and Technology, which has just launched the second generation of its GEM NFC IP. This will be used to add NFC to SoCs, to build standalone NFC transceivers, and to add NFC to wireless “combo” chips, which will also support Bluetooth, WLAN, and GPS, etc. The company also makes families of tags and has launched an e-commerce site for NFC developers.

Steve Graham, from Innovision, is naturally bullish about NFC technology. He is confident that it will take off in many different areas: in consumer applications and children’s toys, in medicine and nursing and industrial applications, for example.

NFC does have the potential to be one of those invisible technologies that no one really thinks about and takes for granted. Wallets will be emptied of credit cards, and the cell phone will be even more important than it is today. (Although whether that is a necessarily a good thing could form a topic for debate.)

Your starting point for more information is the Near Field Communication Forum (www.nfc-forum.org)