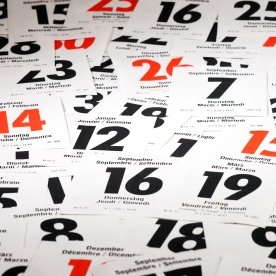 As the din of destruction diminishes, we sit tight and wait. And listen. Are we hearing or hallucinating? The dissonant disquiet decrescendos into silence, punctuated by the occasional percussive surrender of a barely-balanced brick or toppling timber.

Convinced that at least our sense of sound is intact, we move on to others. Move a finger: feel anything? Yes. Move all fingers: contact? Yes. Move toes. Shift ever so slightly. Everything is still working.

Raise our head. Anything in the way? No… lift up and… blink… blink… blink… dust and detritus gradually come into focus as our pupils narrow to avoid overloading the visual, which clearly is also still working.

Given the assurance that, yes, we are still alive, and, no, the world hasn’t consumed itself in a puff of smoke, we can start poking about, taking stock of what’s still functional, figuring out how to repair or replace that which isn’t, and, most importantly, ascertain whence will come our future fodder and fortune.

2008 had a supremely inauspicious end, on the heels of an economic calamity of as yet unknown proportion (other than huge), raising important questions about the sustainability of so many things we take for granted. Are we on a binge? Worse yet, does the success of our economy require that we binge? Does our way of life work only if everyone frantically spends money they don’t have on things they don’t need?

Amazingly enough, even economists have started questioning some of the fundamental tenets of economic theory. Things that the everyday person, with a moment’s reflection, would realize are ridiculous. Like the concept of the “rational consumer.” Or the use of “perfect information” for “maximizing utility,” especially since, for so many companies, the whole purpose of marketing is to ensure that those irrational consumers have as little accurate information as possible. Why else would they fight so hard against disclosing fees or calories?

Given that backdrop, it’s little wonder that it’s been a quiet year in the Valley Woe-begone. And the Gulch Woe-begone. And the Glen Woe-begone and all those other woebegone Silicon Nexuses around the world. Although, to be fair, a number of developed countries with policies that, according to many with loud microphones in the US, should have economies in shambles just on principle, suffered markedly less than the US. The thing is, though, if you’re not affected, you can’t be quite sure whether it’s because you won’t be affected or if it’s just that it hasn’t hit you yet. So even if seems like the tornado has left your house intact, you sit on the edge of your seat trying to decide whether it’s really over or whether this supercell is spawning yet another monster to follow in the wake of the first, destroying what’s left.

Call it the Year of Treading Lightly. The alien robot may still be around, so you don’t want to attract attention to the fact that you managed to escape its laser firepower. The goal is to keep your head down and survive. And you have no idea whether the catastrophe is a momentary setback or The End Of Days. Or Death by Overworked and Disjointed Metaphor.

Looking back over the year, nothing really jumps out as a huge game-changer in the IC world. 22 nm has changed from an “are you sure that’s possible?” technology to just another node on the roadmap. New 3-D technologies like TSV are moving from cool ideas to things that can, at some point, be put into production. EDA tools are getting faster, working larger designs, bringing more benefits to analog designers. DFM isn’t a big deal anymore; it’s just what’s required when designing for aggressive nodes.

But the real drama has been in the business realm. I saw on TV the other day a run of the most recent “Die Hard” edition, and, towards the end, there’s a rather improbable (duh!) scene of a truck rounding a wide corner while having the crap blasted out of it, and it goes up on the right wheels, and you’re on tenterhooks wondering if it will go over the edge or manage to right itself on all wheels. (OK, there’s no real suspense since John McClane is driving, but work with me here…) That kind of “are they gonna make it?” uncertainty (without the benefit of McClane) has dogged both Cadence and Magma. And yet here we are, poised to exit 2009 with the Big Four still intact.

There has been some consolidation, exemplified by Virage on their voracious roll, but, all in all, it seems like it’s been small by comparison to areas like banking (where it could be argued that the too-big-to-fail companies that got us into this mess are the ones that have benefited the most by scooping up the weaker competitors). Many little guys are still around as little guys. Startups are still starting. Tentatively. And dire predictions of VCs killing off investments that dared to not flip to cash-flow positive by an arbitrary date have not been dramatically borne out. Although securing funding has been painful as VCs have spent much of the year refilling their coffers for future investment or backfilling existing ventures instead of investing in new ventures. And yes, some companies have shut their doors.

And of course people have lost jobs in crazy numbers, and their surviving cubemates continue to wait for the other shoe to kick their butts even as the chaos moderates. Given that things seem to be stabilizing, it will hopefully becomes less necessary or fashionable to demonstrate ruthless cost-cutting, and people will be able to relax a bit more. One of these days, such luxuries as salary increases might actually come back into play. The argument, “Just be glad you still have a job!” will be a copout rather than an important point of perspective.

There are signs of life, exemplified by reports like the one Altera just issued with the rather quaint, old-fashioned disclosure of double-digit quarter-to-quarter sales growth. (OK, percentages are always bigger when the denominator is smaller, but hey, it’s something…) Such glimpses of daylight allow us to exit the year with breath less bated, knuckles of coral rather than alabaster. We’re far from out from under the cloud, but the fact that it now looks like a cloud rather than the permanent shroud of Mordor puts just a bit more lilt in our laugh.

Here at ICJ, we’re finishing up our second year just as our infrastructure has seen some big changes that will make it easier for you not only to find the information you need, but also to participate and be a part of the conversation, not just an observer. In particular, you can now comment on articles at the end of the article rather than off in a different forum. The “too many clicks away” excuse is gone; it’s easy, it’s right there. So sound off and let us know what you think.

And there’s more to come in the new year. Kevin and his TFM team have more tricks up their sleeves, and I’ll let them be the bearers of cool news when the time is right. But know that the changes you’re seeing now are just the beginning.

Finally, cliché though it be, I – and we – must acknowledge you the readers. Your numbers have grown substantially over the year, which delights us tremendously. Thanks for fueling our growth. We look forward to providing you continued news and opinion (yeah, we do both) as well as information from your peers through contributed articles and comments and discussion.

We’re going to take a break for a couple weeks, so we’ll take the time now to wish you all a Happy Holiday season. May 2010 see us all returning to robust growth.