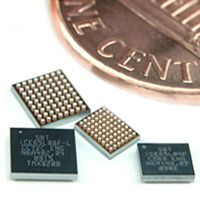 Dawn of a New Day

Somebody said that it couldn’t be done

But he with a chuckle replied
That “maybe it couldn’t,” but he would be one
So he buckled right in with the trace of a grin
On his face. If he worried he hid it.
He started to sing as he tackled the thing
That couldn’t be done, and he did it!

It is ironic that we more often hear the parody of Edgar Guest’s “inspirational” poem which goes something like:

Everyone said that it couldn’t be done

With a smile, he went right to it.
He tackled the thing that couldn’t be done.
And sure enough, he couldn’t do it.