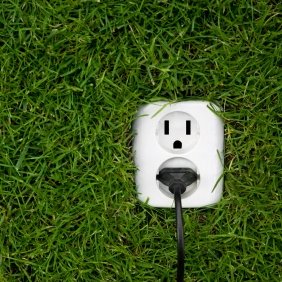 Within a week, Intel and Freescale both announced new high-end embedded processors. They’re both packed with multicore processors, DRAM controllers, and PCI Express interfaces. But, for all their similarities, they couldn’t be more different.

In this corner, we have Freescale’s new P1022, the sixth member of the QorIQ family. And in this corner, we have “Jasper Forest,” a mostly new family of chips from Intel. Both are more power-efficient than their predecessors, though, in one case, that’s not saying much. And both are well-supported with software and development tools.

If you’re not up on Freescale’s perverse brand-name strategy, QorIQ is the spiritual successor to QUICC, the company’s old communications controllers. Years ago, the QUICC name stood for “quad integrated communications controller” and thus made a modicum of sense. When the QUICC family traded in its 68K processor core for a more modern PowerPC processor core, the name changed to PowerQUICC, which still made some sense.

QorIQ (pronounced “core I.Q.”) trades on the company’s hard-won brand equity in the letter Q, but otherwise makes little sense. Nevertheless, Freescale is pushing ahead with numerous QorIQ family members, the P1022 and P1013 being the newest additions.

The P1022 takes a dual-core PowerPC and mates it to a dizzying array of communications- and interface-related peripherals. As nice as it is to have a pair of PowerPCs under harness, the real value of the P1022 is its peripheral mix. A set of three (count ’em) PCI Express buses allows connection to pretty much anything else in a typical system. Disks get their own dual-SATA interfaces, and memory is handled through a DDR2/3 controller. Dual gigabit Ethernet ports handle networking, while dual USB 2.0 controllers handle the slower stuff. Unusually, this chip has an LCD controller, so a nice user interface would be simple to add. The P1013 is identical to the P1022 but has only a single PowerPC processor core.

Even with all its goodies, the P1022 is only a midrange QorIQ chip. The existing P2020 and P4080 chips have more performance, including quad-core centers, but are also more power-hungry. Freescale pitches the P1022 (or any QorIQ chip with P1xxx in its part number) as “balanced” or power-efficient variations. That is, they’ve got high-end performance but with the edge taken off to reduce power consumption a bit.

The power-efficiency comes from a couple of factors. First, the chip runs at “only” 600 MHz to 1 GHz, whereas other QorIQ devices are rated for 1 GHz and up. Second, the chip is manufactured with 45nm silicon-on-insulator (SOI) process technology, the current state of the art. And finally, the chip’s circuits are separated into two power planes, dividing the silicon into areas that must stay awake and active all the time and those that can go to sleep. By allowing big areas of the chip to essentially switch off, Freescale slashes the passive leakage current in those areas, a big problem for small-geometry semiconductors. Modern chips often leak as much current as they actively dissipate, an unfortunate side effect of small transistor geometry.

For its part, Intel partially lifted the veil on a series of upcoming embedded x86 processors similar to Freescale’s new QorIQs. Codenamed “Jasper Forest,” the new chips are based on the venerable x86 processor architecture. In this case, they’ll use the “Nehalem” processor core design that appears in some newer Xeon chips.

Like most recent Intel designs, Nehalem emphasizes power efficiency over raw clock speed. Intel likes to point out that Jasper Forest, when it arrives, will save 27 watts over today’s equivalent Xeon-based configuration, largely because of the more efficient processor and the integrated I/O. In an interesting aside, an Intel representative extrapolated billions of dollars of energy savings if all the world’s embedded Xeon processors were replaced with Jasper Forest. Hey, dream big.

That comparison is a big disingenuous, though, because Xeon is notoriously power hungry. The heat sinks are typically bigger than the processor. Saying that Jasper Forest consumes less power than a Xeon 5500 is like saying it’s a long walk to the moon.

Still, Jasper Forest promises to be in the same league as QorIQ with its multicore heart and integrated peripherals. The decision may come down to whether you prefer the PowerPC or x86 instruction set.

Clash of the Titans

Both chips support DDR3 directly; both have PCI Express controllers (although Intel’s has 16 lanes to Freescale’s six); both have RAID disk controllers; both have expected 10-year life spans. And both come from the biggest names in microprocessors.

Intel isn’t giving away too many details of Jasper Forest just yet, so the chips may come with Gigabit Ethernet, USB 2.0, or LCD controllers like QoriQ; we’ll have to wait and see.

Jasper Forest’s Nehalem-based processor core is available in single-, dual-, and quad-core configurations, whereas Freescale’s QorIQ chips are already available in four- and eight-core versions. So that makes them twice as good, right? Plus, several QorIQ chips are already shipping (although the P1022 itself isn’t due until January), while the first member of the Jasper Forest family isn’t expected until early next year. Advantage: Freescale.

On the “green” front, Freescale has Intel beat, hands down. The dual-core QorIQ P1022 consumes about 3 watts, less than one-tenth of Jasper Forest’s estimated 35-65 watts for a roughly equivalent dual-core configuration. That x86 instruction set exacts a heavy toll in power efficiency, even though both chip families are fabricated in similar 45nm silicon.

Neither company has announced pricing, and any power-consumption numbers are necessarily estimates (and usually optimistic ones at that), so it’s too early to say whether one chip is definitely better than the other. Again, it may come down to your preference of instruction set, tool chain, or vendor relationship. Certainly PowerPC and x86 are both popular architectures in networking and high-end embedded systems, and both vendors have sterling reputations for quality and support. You pays your money and you makes your choice.