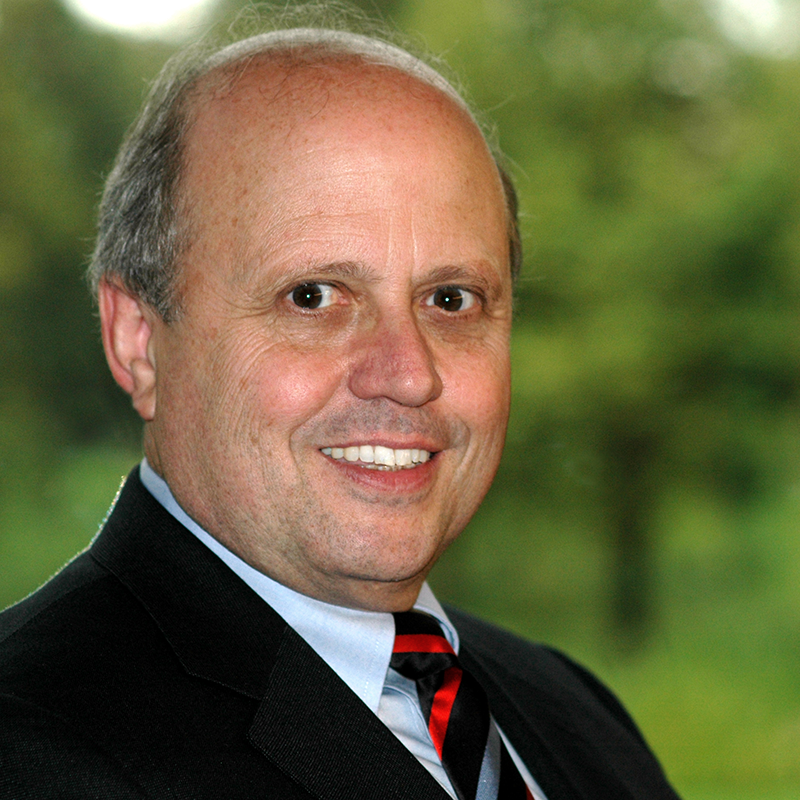 Leading Mentor Down the Path Less Traveled
by Kevin Morris

Wally Rhines doesn’t follow the crowd. He’s made a career of betting on the dark horse and tackling the unpopular assignment. As the semiconductor industry’s version of Warren Buffet, Rhines has consistently picked the out-of-favor or under-performing business with big turnaround potential. When Wally took his position as CEO of Mentor Graphics in 1993, he was assuming the helm of a ship that many believed was sinking fast. Mentor had launched its epic “Falcon Framework” with great fanfare, only to be besieged by unhappy customers in a market that was moving fast away from frameworks and toward point tool design methodologies. This was not a new situation to Rhines, however. He had previously engineered a turnaround in TI’s ASIC and microprocessor group, converting it from dog to darling by refocusing on the rapidly emerging digital signal processing (DSP) business.

One is immediately put at ease by Wally’s warm, engaging style. During his decade at Mentor, he’s made a practice of listening – listening to anyone at the company that wanted to talk to him, keeping the door open, and maintaining an approachability that few CEOs manage. The result is that he more often hears the truth about an issue, rather than an overspun version distilled for executive consumption. In the hallways at Mentor he is known as just “Wally,” and he is liked and respected throughout the company.

Wally’s interest in computers began in high school where he worked as a night operator on IBM 709 and 1401 systems during his senior year. He took computer classes at the University of Michigan while studying chemical engineering, finally leaving with an undergraduate degree in metallurgical engineering. He then went on to graduate studies at Stanford where he began to refine his practice of contrarian philosophy. “I tended to do things other people didn’t do,” Rhines says. “I did the first electronics-related thesis there. Craig Barrett (Intel CEO) was one of my faculty advisors.” Rhines was particularly interested in Gallium Arsenide as a material for semiconductors and did research on that topic in graduate school. 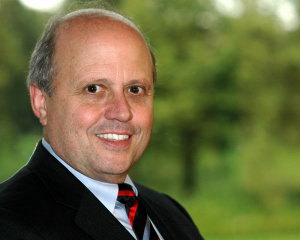 “There was an impressive team at TI in those days,” Rhines recalls. Peter Bonfield (later Sir Peter Bonfield, Chief Executive of British Telecom), Robb Wilmot (later CEO of ICL), Jim Clardy (later VP at Harris Semiconductor and co-founder of Crystal Semiconductor), and Kirk Pond (later CEO of Fairchild Semiconductor) were all there at the time, working on a team that revolutionized the consumer electronics and semiconductor industries.“After I got my PhD, I went to work at Texas Instruments,” Rhines continues. “I had always been interested in the business side of things as well, so I got an MBA from Southern Methodist University while working at TI.” Wally managed IC design for the fledgling consumer electronics division of TI in Lubbock in 1977. On his watch, the division became a powerhouse of innovation, with products such as the TI59 programmable calculator, and “Speak and Spell,” a marvelous example of maximizing meager processing power, and a milestone in the application of technology to high-volume consumer products.

In 1978, Rhines again went against the grain and moved to Houston to try to salvage TI’s ailing microprocessor group. “The company was in hot water and the 9900 architecture was failing competitively,” Rhines says. “I like the challenge of taking over an important business when it feels like there’s almost no hope. It also helps that expectations are typically low in those situations. We decided that maybe a special-purpose microprocessor would be a good idea. The DSP market looked promising, and our first entries were a huge success. In just a few years the Houston operation became the most important business, and the hub of TI.”

Mentor’s situation had all the earmarks of another potential success story, and Rhines decided to tackle the problem. “I knew a lot about Mentor Graphics because I had been a customer,” Rhines remembers. “I had followed them through their struggle with the Falcon Framework, and I was consistently impressed with how dedicated they were to keeping their customers happy and providing whatever support was required to make us successful with their tools.” Within a short time, Rhines had reorganized the company into a nimble array of independent product groups, each pursuing a particular portion of the tool market where there was high potential. “We look for opportunities where there are discontinuities, where no one else is playing, and where we can be number one or two in the market,” Rhines explains. “If a market is already established with suppliers and solutions that solve the customers’ problems well, we probably won’t try to compete there.”

In the mid ‘90s, Rhines saw a major movement afoot with the advent of high-capability programmable logic. FPGAs and programmable devices were likely to create a discontinuity, and in Wally’s playbook, discontinuity is the breeding-ground of opportunity. Rhines’s own variation of Tsugio Makimoto’s “Wave” theory of the semiconductor market is based on his own observations over years in the semiconductor business. “When I was designing custom ICs, we figured there were probably 5,000 designers in the world with the expertise and resources required to create those chips,” Rhines observes. “Ten years later, with ASIC methodologies, we saw that number jump an order of magnitude to 50,000. Today, with the FPGA market, we’re seeing another wave that could number 500,000.”

Rhines’s market predictions led Mentor to become the only major EDA supplier to stake a substantial and sustained position in FPGA tools. Mentor is serious about programmable logic, with a complete range of products beginning with staples like HDL simulation and synthesis, and expanding to include design creation, management, and anaylsis programs, as well as products that link FPGA design with system-level specification at the front-end and with printed circuit board design on the back-end. Mentor has been amassing its line of FPGA-related design tools for the past decade through acquisition, internal development, and partnerships.

Wally knew that a powerful portfolio of FPGA tools was not a complete answer, however. The sales channel strategy that was required for success in servicing 50,000 ASIC designers was not adequate or appropriate to mine a potential half-million FPGA engineers. The conventional EDA sales channel was focused on the world’s largest systems companies, and its cost of sales and transaction volume capability were both inappropriate and inadequate for the larger volume of smaller sales that would characterize the expanded portion of the FPGA market. “One of the things that was attractive about our acquisition of Model Technology,” Rhines recalls, “was their sales channel. It was well adapted for high-transaction-volume, low-cost products.”

When Mentor acquired Model Technology, Inc. in the mid-1990s, it didn’t immediately move all sales to the Mentor channel. “Distributors were able to take orders and serve smaller customers very effectively,” Rhines continues. “They were able to provide support for the lower-cost, PC-based tool market. Larger competitors would lose interest in that market because their cost of sales was just too high.”

In 1998, Mentor boosted its FPGA-specific portfolio by acquiring FPGA synthesis-supplier Exemplar Logic. At the time, Exemplar was one of two commercially successful independent suppliers of FPGA tools. Again, Wally looked past the products and technology to the distribution challenge. In addition to offering both FPGA synthesis and simulation through its traditional direct sales channel and the newer Model Technology distributor channel, Mentor negotiated OEM deals with many FPGA suppliers who wanted to distribute Mentor’s tools directly to their customers. “Almost every FPGA vendor OEMs ModelSim,” Rhines comments. “It is by far the most popular simulator on the market, and most FPGA designers have used some version of ModelSim.”

Looking forward, Wally sees FPGA as a crucial part of the company’s strategy. “EDA revenue from ASIC tools grew for awhile, then flattened seven years ago,” Rhines observes. “A few markets such as timing analysis continued growing, and there’s been another wave of growth spurred by COT (Customer-Owned Tooling), including place-and-route and physical verification. Long-term, however, each wave of technology brings in a new, larger wave of designers. We had to have a more flexible channel to handle the FPGA market’s larger transaction volume and lower price-points. The next round, when we engage five million potential customers (if the order-of-magnitude rule holds up) will be when software engineers can target custom hardware platforms seamlessly and take advantage of acceleration of compute-intensive tasks in hardware.”

Mentor is clearly preparing for that day, acquiring companies such as Accelerated Technology, supplier of embedded RTOS, compilers, debuggers and development tools, and building a robust portfolio of embedded computing and hardware-software co-design tools and technology. At the same time, it is broadening its distribution channels to handle the new, larger, more diverse set of customers that are headed its way.

At the end of our interview, Wally smiles and chats with people passing through the hallways as we walk out of the building. No one gets nervous, looks away, stops talking, or swerves out of his path in the way that’s typical at a large company when the CEO moves through the corridor.

Wally Rhines has spent a career creating a climate within Mentor Graphics as well as with colleagues throughout the industry that encourages open, frank discussion of issues and options. and he maintains an enthusiastic optimism about the future of the business of technology.