Fear and Trepidation at Intel 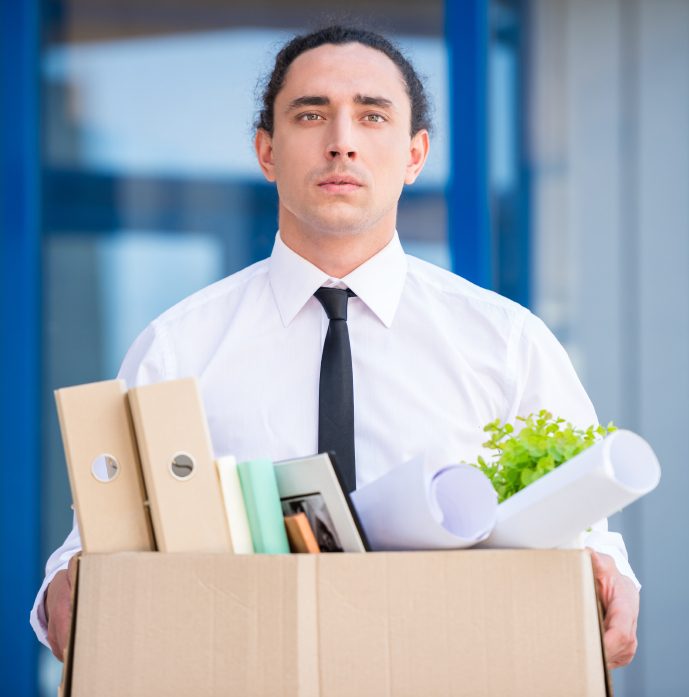 You may be aware that Intel went through a layoff recently. Whatever you think of the merits of the layoff itself, it would be hard to argue that it was executed smoothly. But, to hear some tell it, the result has left something of a crater in the morale and confidence of at least some of the surviving workforce. And this is a group that has seen many layoffs in the past. So what was different here? Why has there been such unusual attention and even discussion of lawsuits?

I was able to get some idea of what happened and how it happened via input intended to be anonymous. For those of you wondering what all the fuss is about, it gives some color to what’s going on. To be sure, this is a one-sided story: Intel has steadfastly declined comment (well, except the CEO – more on that in a minute). I offered up a “fact check” of some of the critical points that follow; it was respectfully declined.

So, with that caveat, let’s start with the obvious: layoffs suck. They suck for everyone around them. I’ve personally experienced the whoosh of a near-miss as well as the direct blast myself. Whether it was me or the guy next to me, neither of us enjoyed it.

Silicon Valley has historically grown by leaps and layoffs. Humans are expensive assets, so at the slightest sign of a business sniffle, it can be tempting to offboard some of this burden. After the 2008 meltdown, it almost felt like some companies that were doing well still had to lay people off just so that they didn’t look to the shareholders like they weren’t minding the store. “Everyone else is laying off, so we need to also. The remaining people can just work harder.”

So layoffs are a well-established part of Silicon Valley culture; nobody likes them, but they happen, and we know that. There are also rules when it comes to layoffs: above a certain size and you have to make them public. And you need to give a certain amount of notice to the people you’re laying off. Neither of those happened; the layoff was made public by a leak. And Intel notified folks only 30 days ahead, so they compensated by 2 months extra severance (and the layees-off didn’t have to sign anything to get that).

But that’s just iffy execution; that’s not the main problem. The first, and biggest, main problem is the sense that the rules got changed for convenience (with suspicion of ageism – more on that in a mo). Nothing will rattle a workforce like finding out that the rules have changed – especially when it comes to compensation and employment.

Compensation apparently isn’t strictly tied to the review level, but obviously, consistency between the review and compensation make for a single, clear message. Good reviews and bad reward (or vice versa) make a confusing message. On the other hand, as any manager knows, employees at the top of their pay range as well as limited budgets can make it hard to put the money where the mouth is. It helps to have multiple tools for compensation.

Intel does have multiple tools. There are three components to the review cycle: the pay raise, a bonus target, and restricted shares. Options are given only to higher-level management; others get shares outright (the restrictions have to do with vesting and such).

And here’s where it gets complicated. Older employees are likely to be closer to the top of their pay range (simply by virtue of having gone through more review cycles). In addition, employees closer to retirement are less likely to benefit from long-term growth of stock. They’re getting into cash income territory – just like rebalancing portfolios from growth to income-earning investments.

So managers could, as a way of managing their budgets and allocating rewards, give their older employees more bonus cash and less in the way of stock. Younger employees might get the reverse. It wasn’t an official policy; it was at the discretion of each manager.

The point here is that employee expectations were set to believe that your measured reward contained three components, not just one.

So that’s how compensation is (or was) expected to work. Then came the layoff, and the criteria for being laid off were three:

Notice that last one: the stock allocation was used as a proxy for the entire review. In particular, folks that got bonus instead of stock weren’t recognized for the bonus and were categorized as poor performers. This is where the “changing the rules” sentiment comes from. Essentially, a three-legged stool had two of the legs cut off. Some managers were apparently able to argue on behalf of well-performing employees that had fallen afoul of the stock thing, but those were the exception, not the rule.

So the first problem here is a perception that the rules changed. But there’s a second, more subtle issue. Because there was a tendency to bias older worker compensation against stock and towards bonus, there is the sense that this was done to bias the layoff against older workers. This is part of the rattling of legal swords.

Which brings us to another rule change. In a June 18th informational session, three days after the layoff was announced, the people being laid off were told that, after a two-day cooling off period, they could apply as contractors. Normally the wait was 12 months, so this felt like a significant concession.

But when some folks tried to apply as contractors, they got pushback. Upon digging, it appears to be a nuanced thing. Intel cannot tell an outside consulting agency whom they can and cannot hire or place, but the business units can decide whom they want to accept, and they’ve barred those affected by this layoff. This hasn’t been widely communicated; only those that tried to apply as contractors are likely to be aware. So its contribution to any malaise would have been through rumor and internal blog.

So part 1 of why there is concern in the remaining workforce is the uncertainty of changing rules.

Part 2 was the fact that Intel at first tried to deny publicly that this was happening. That is, until the relevant memos got leaked to the press. That made it hard to keep things under wraps.

Which led to part 3: the CEO saying publicly that this was all about meritocracy. In so many words, he publicly announced that all of the laid-off engineers were bad employees and got what they deserved. This is not to say that all of those laid off were exemplary; there presumably were low performers in there. But the executive comments felt to me, as an outsider, as him pushing faces into the mud.

That, to my understanding, is why this layoff has caused so much commotion. I don’t claim to speak for all Intel employees, so feel free to comment below if you feel otherwise. (Or even if you agree…)