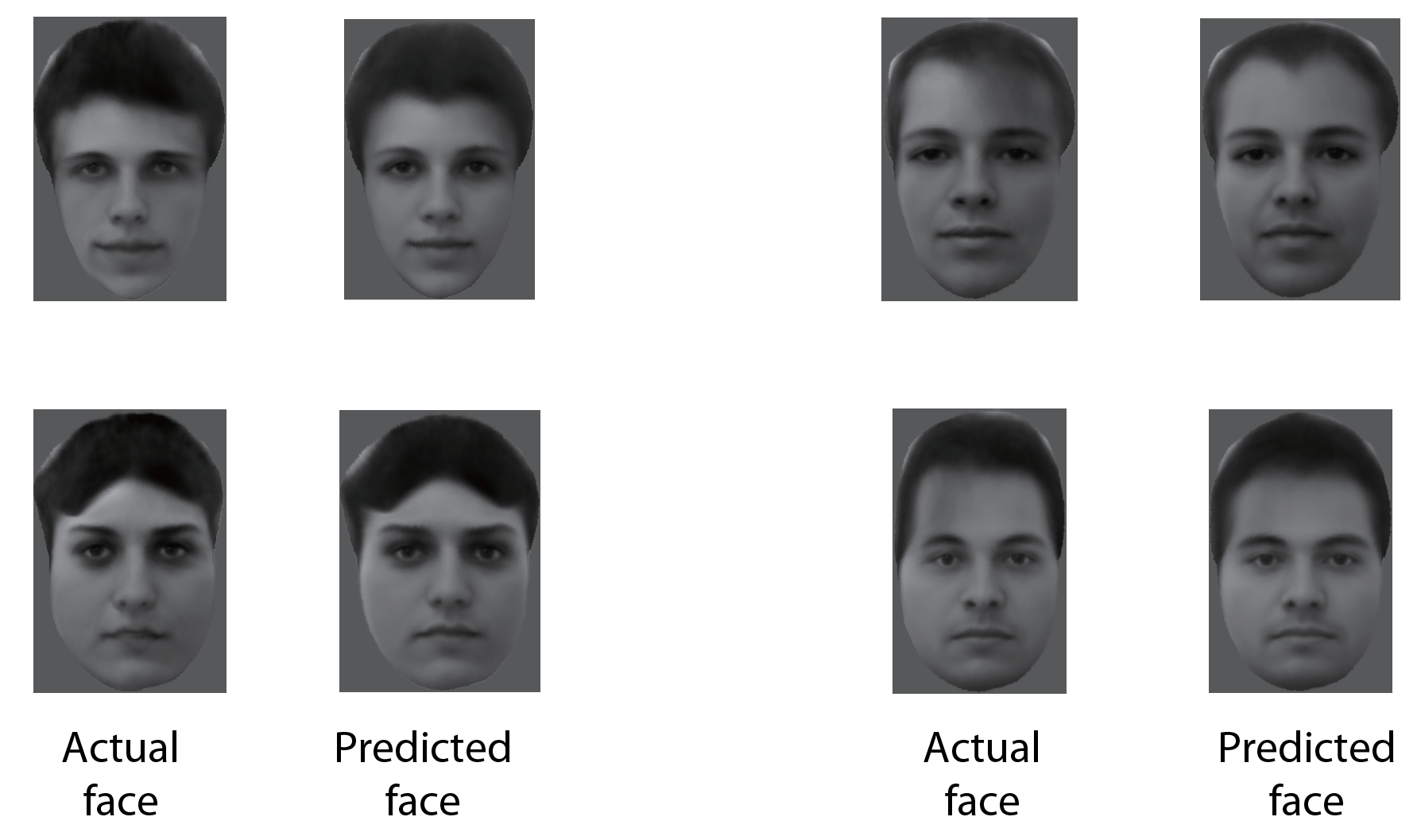 Researchers at Caltech have taken a huge step in figuring out how the brain processes faces. In a study published this week in Cell, the team found that the brain only needs around 200 neurons to differentiate faces from each other.

To figure this out, scientists first showed monkeys a set of pictures and recorded which face cells — neurons that specifically respond to faces — fired and which didn’t. What they found was that single cells weren’t responding to single faces. Instead, each cell was encoding a vector, or one direction in facial space, which means that a single neuron may respond only to a certain distance between a person’s eyes or a dimple on the left side of the mouth.