Scientists are about to change what a kilogram is 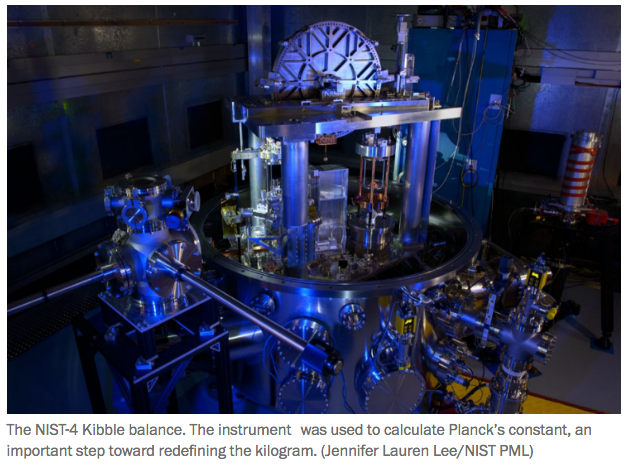 If Jon Pratt were an international criminal mastermind, he would fly to Paris, don an all-black suit and ski mask and sneak into the elegant French baroque building that serves as headquarters for the Bureau International des Poids et Mesures.

His mission: “To set the whole world’s system of mass into disarray,” Pratt said. “This is my dastardly plan.”

In this hypothetical scenario, Pratt slips past the security guards, disables the alarm system and picks the lock on a temperature-controlled, airtight safe deep in the bowels of the BIPM. Inside, he finds his target: a small platinum and iridium cylinder weighing exactly one kilogram. It’s the kilogram, crafted in 1889 to serve as the single standard by which all other kilograms are measured. People call it “le grand K.”

“I’d take out a nail file, and I’d scratch a little bit off,” Pratt said. Then he’d slip back into the night. “And the next time they take the thing out” (to test the accuracy of the world’s other kilograms) “everything else will be wrong.”