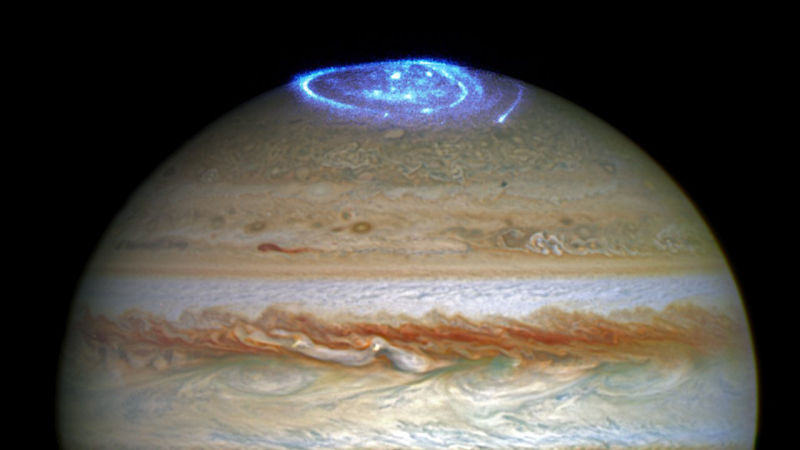 New research published in Nature is dramatically expanding—and altering—our understanding of how Jupiter’s auroras work. Prior to the new study, scientists assumed that the Jovian Southern and Northern Lights operate according to the same processes that produce strong aurora on Earth, but new data from Juno suggests this isn’t the case. Unlike our planet, where polar aurora are triggered by accelerating electrons, the ones on Jupiter are sparked by electrons trapped in the planet’s enormous magnetic field. The new study raises as many questions as it answers, but scientists are finally starting to get a grip on the complex processes that produce aurora on gas giants.