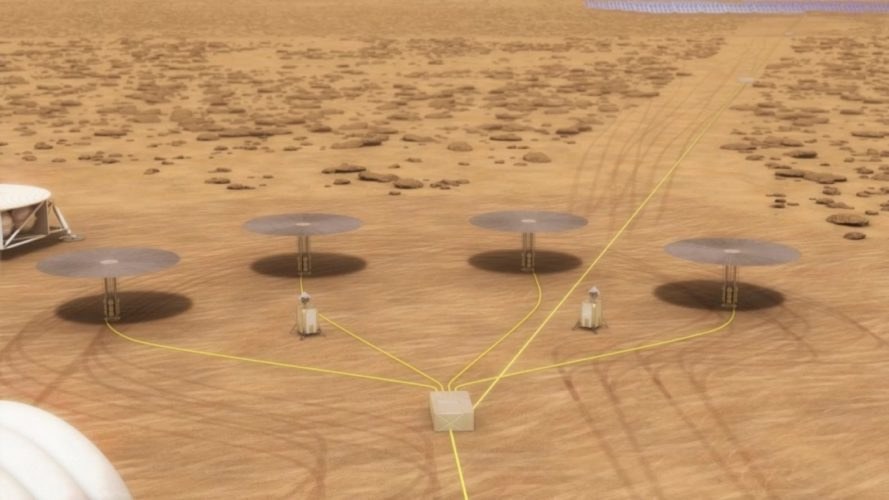 Researchers at NASA, Los Alamos National Laboratory and the Department of Energy announced they have successfully tested a small nuclear reactor that may someday provide power to human habitats on Mars and beyond. Called Kilopower, or KRUSTY (Kilopower Reactor Using Stirling Technology), the reactor comes in several versions to meet power needs from 1 kilowatt (enough to power a small kitchen appliance) to 10 kilowatts, and four or five would be needed to provide power for a habitat on Mars. “Kilopower’s compact size and robustness allows us to deliver multiple units on a single lander to the surface that provides tens of kilowatts of power,” said Steve Jurczyk, associate administrator of NASA’s Space Technology Mission Directorate, during a press conference on Thursday. via Inhabitat