‘Little sunfish’ robot to swim in to Fukushima reactor 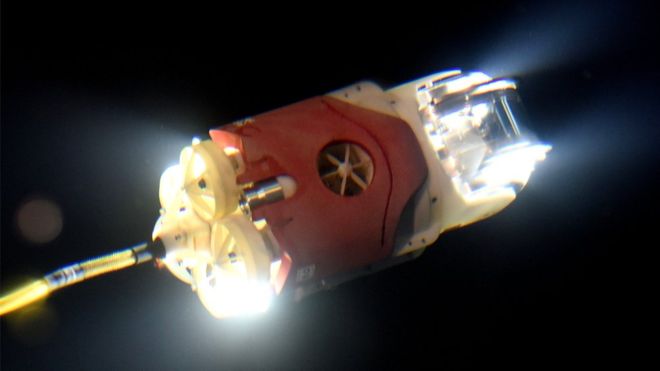 When a tsunami devastated parts of Japan’s coastline in 2011, killing more than 18,000 people, it also hit the Fukushima nuclear power plant, triggering the most serious nuclear accident since Chernobyl. Parts of the damaged reactors are still highly contaminated with radiation and robotics are playing a crucial part in the clean-up. Toshiba and a team of researchers have now developed a swimming robot, which is being called “little sunfish”, to explore the flooded parts of the nuclear plant.

The size of a loaf of bread, the little sunfish is equipped for its tough mission with lights, manoeuvres with tail propellers and can collect data with two cameras and a dosimeter to measure radiation.