Engineers teach drone to herd birds away from airports autonomously 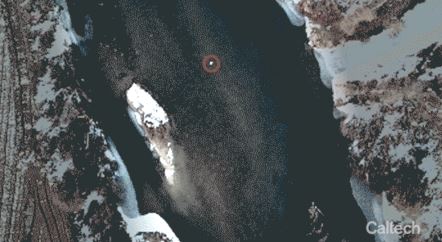 Engineers at Caltech have developed a new control algorithm that enables a single drone to herd an entire flock of birds away from the airspace of an airport. The algorithm is presented in a study in IEEE Transactions on Robotics.

The project was inspired by the 2009 “Miracle on the Hudson,” when US Airways Flight 1549 struck a flock of geese shortly after takeoff and pilots Chesley Sullenberger and Jeffrey Skiles were forced to land in the Hudson River off Manhattan.

“The passengers on Flight 1549 were only saved because the pilots were so skilled,” says Soon-Jo Chung, an associate professor of aerospace and Bren Scholar in the Division of Engineering and Applied Science as well as a JPL research scientist, and the principal investigator on the drone herding project. “It made me think that next time might not have such a happy ending. So I started looking into ways to protect airspace from birds by leveraging my research areas in autonomy and robotics.” Read more at TechXplore.com