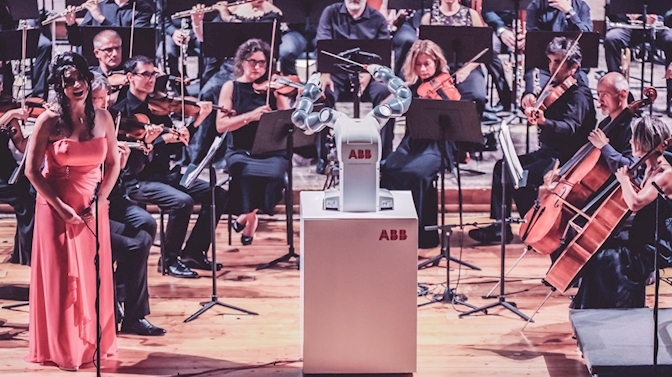 Under the fresco-covered ceiling of a theatre in Pisa, Italy, the two-armed YuMi directed a program titled “A breath of hope: from the Stradivarius to the robot” for guests attending the first International Festival of Robotics. YuMi’s movements are incredibly fluid and nuanced — as you’d expect the gestures of a world-class composer to be — with the orchestra’s resident conductor Andrea Colombini saying that “everything was perfect, especially in the length and in the speed of the gesture, which is very important.”