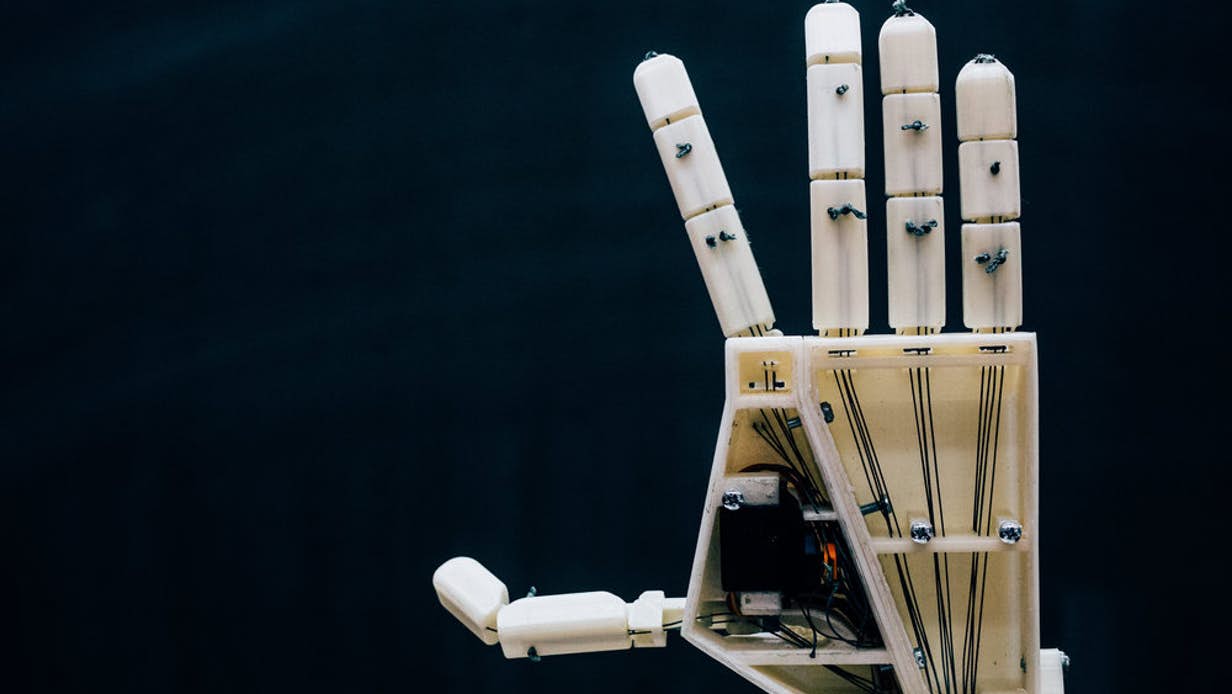 A team from the University of Antwerp is developing a robotic sign language interpreter. The first version of the robot hand, named Project Aslan, is mostly 3D-printed and can translate text into fingerspelling gestures, but the team’s ultimate goal is to build a two-armed robot with an expressive face, to convey the full complexity of sign language.