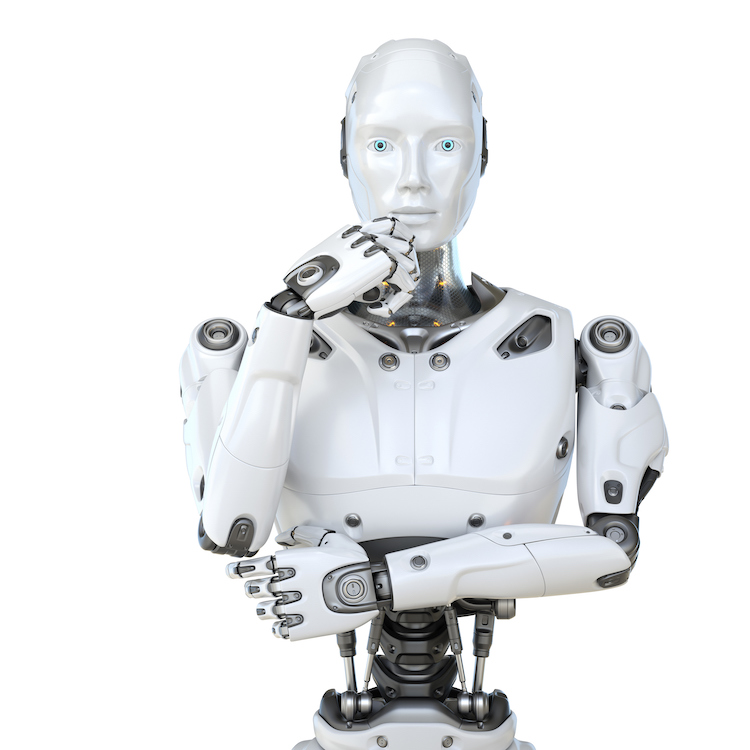 In anticipation of the 500th episode of Amelia’s Weekly Fish Fry (and the upcoming launch of Fish Fry on Youtube!), we are highlighting playlists of episodes cultivated from years of podcastin’ fun!  Subscribe to the EE Journal YouTube channel to catch them all.

We have two weeks to go until the 500th episode of Amelia’s Weekly Fish Fry. This week I take on robotics! This playlist is chock full of all kinds of robotic goodness, including self-replicating living robots, JOYCE: the first humanoid robot with intelligent vision, and tiny aquatic robots inspired by sea creatures.

Robots big and small take center stage in this Fish Fry podcast! Florian Pestoni (CEO – InOrbit) joins me to discuss the future of AI and robotics in the workforce. Florian and I also chat about the details of InOrbit’s cloud-based robot management platform and why Florian believes that the next step in digital transformation will be software-defined X. Also this week, I investigate new micro-bots developed by a team of researchers from Japan’s Okayama University and Linköping University in Sweden that can self-heal bone and may make the treatment of compound bone fractures much easier in the future.

This podcast is all about the future of 3D IC tools and methodologies and the newest advancement in xenobot research. Vinay Patwardhan (Cadence Design Systems) and I discuss the challenges engineers experience when designing 3D chips, where existing 3D IC tools and methodologies fall short, and what type of analysis we need for a 3D stack system as opposed to a standard chip design. I also investigate how a group of researchers from the University of Vermont, Tufts University, and the Wyss Institute for Biologically Inspired Engineering at Harvard University have discovered a brand new form of biological reproduction and how they used this new discovery to create the world’s first self-replicating living robots.

My special guest is HanBin Lee, CEO of Seoul Robotics. In this episode, HanBin and I chat about their innovative 3D perception software with deep learning, what sets it apart from other 3D computer vision software solutions on the market today, and the details of their plug-and-play LiDAR perception system called Voyage. I also take a closer look at a new research study coming out of the Imperial College London that suggests variability between brain cells might speed up learning and improve the performance of the brain and future AI.

We’ve got a virtual grab bag of EE goodness in this Fish Fry podcast! First up, we take a closer look at some very unique robots unveiled by a recent research study at Northwestern University. I take a closer look at how these tiny robots (which are powered by light and rotating magnetic fields) are able to walk, roll, and transport cargo. Next, Stefan Müller (CTO and Founder – FMC) joins me to discuss the details of ferroelectric nonvolatile memory and what sets it apart from other memory solutions today. Finally, we check out what needs to be done in order for artificial intelligence or machine learning to get into mainstream edge devices.

Did you know that locusts can smell explosives? Did you also know that we can now control their brains to pinpoint to exactly what they are smelling? In this podcast, I start things off with a closer look at how two teams of research scientists created a set of specialized cyborg bomb-sniffing locusts. I check out how these locusts are able to sense explosive chemicals in the air, how they are able to track these explosive smells, and how we can now identify exactly what they are smelling by reading their brain waves. Also this week, Alessandro Gasparini and Alain Pacquin (Immervision) join me to discuss JOYCE: the first humanoid robot for the computer vision community. We discuss the details of how Immervision and their partners will enable JOYCE to have human perceptions and how design contests will assist with the evolution of this first-of-her-kind humanoid robot.

In this episode of Fish Fry, I start things off with a closer look at the creation of a new amoeba-like molecular robot by a team of researchers in Japan. This robot can continuously change its shape, propel itself with cell-like motion, and can be controlled by DNA signals that respond to light. Also this week, I delve into the world of GPGPUs with Doug Patterson from AITech. Doug and I discuss the challenges GPGPUs were created to solve and where general purpose computing on GPUs is headed from here. We also dig into the details of a new featherweight system created by AITech and ADLINK developed for unmanned aerial vehicles.

Robotics is the name of the game in this episode of Fish Fry! Allan Martinson (COO – Starship Technologies) introduces us to a new robotic delivery system coming to a city near you! Allan and I discuss the details of Starship’s autonomous 6-wheeled robotic vehicles, how embedded vision sets their autonomous vehicles apart from the rest of the robotic pack, and where he sees robotics headed in the next decade. Also this week, we check out a hydraulically-powered robot called PDAD (Power Driven Articulated Dummy) created for NASA in the early 1960s to test spacesuits. Looking for a curiosity for the office, or a date to your (not-so) favorite cousin’s wedding in a couple months? This robot and all of its (kinda creepy) glory can be yours in an upcoming auction in Cambridge, Mass.

This week’s Fish Fry is dedicated to one of our favorite topics: robotics. Fish Fry field reporter Larra Morris takes us on a special guided tour through all of the rabid robotic rambunctiousness of this year’s RoboUniverse. Larra investigates the what, where, and how of “cobots” with Scott Mabie of Universal Robots. Then Larra chats with Jeff Burnstein (President – Association for Advancing Automation) about trends in automation, where you can get help with your next automation project, and the role of robotics in the global economy. Lastly, Larra checks out the Model A – a brand new personal autonomous device with a little help from Phil Mann from 5D Robotics.

Robotics for You and Me: Element14 Raises the Robot Bar

You scream, I scream, we all scream for…ROBOTS! In this Fish Fry, we take a closer look at the GertBOT, a new robotics add-on board for Raspberry Pi recently released by Element 14. I’ve got Sagar Jethani with me to tell you about the powerful capabilities of this new expansion board. Sagar and I also explore the correlation between guitar playing and engineering, and why Eddie Van Halen is called “the Edison of guitar players.” Then, in keeping with our spirit of innovation and musical invention, I explore a new Etsy product that hopes to usher in a new generation of mixtapes.