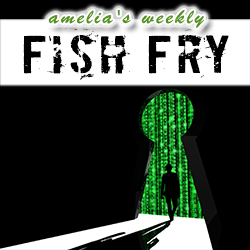 Security by Obscurity No Longer

WikiLeaks and the Future of IoT Security
by Amelia Dalton

You will not see it coming. When your back is turned, it will rise up behind you. When it hits, without question, it’s taking you down with it. In nature, it’s called a sneaker wave. In the world of EE, it’s called a security attack. In this week’s Fish Fry, we take a closer look at the ramifications of the recent WikiLeaks IoT security breach documents with Icon Labs CEO Alan Grau. Alan and I investigate the issues surrounding security in legacy IoT devices, and the hardware and software solutions we should explore as engineers in our IoT designs. Keeping with our IoT theme, we also check out a hilarious announcement from ByteSnap Designs and a new wearable development from ON Semiconductor.