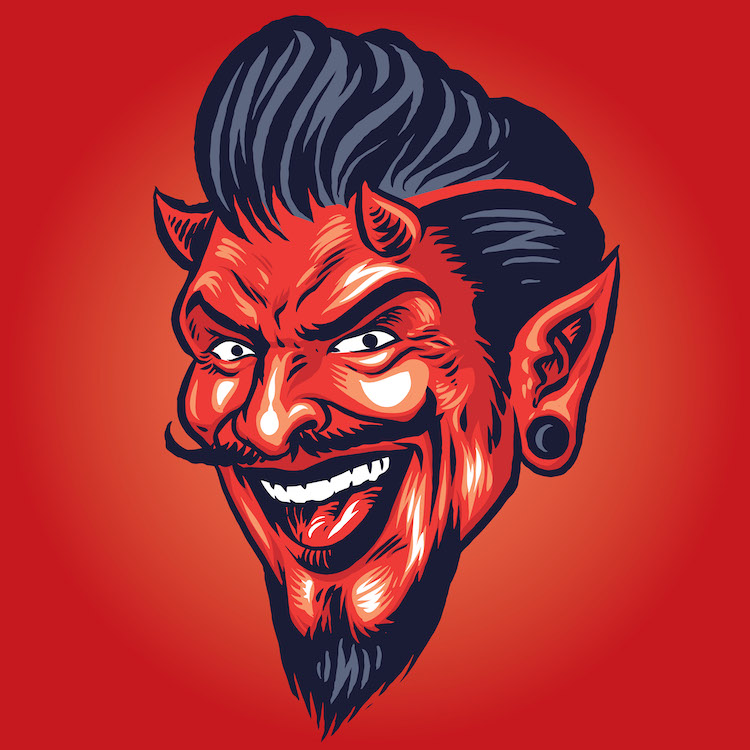 You Too Can Employ Robots to Suck the Souls Out of Your Customers, Just Ask McDonald’s

Thanks to COVID-19 and other factors, employee shortages now abound in every market, but perhaps no more so than in retail and restaurants, which are filled with low-paid, customer-facing “careers.” The result? An explosion of ordering kiosks to automate the time-consuming and nearly robotic job of taking the customer’s order. This isn’t a new trend if you think about it. Self-service gasoline appeared in the 1970s, partially in answer to rising gasoline prices. And what constitutes self-service for gasoline? A kiosk with a filling hose and nozzle. Put in your credit card, punch some buttons, and the kiosk fills your car with a dozen gallons of refined, unleaded liquid hydrocarbons – plus ethanol.

So serving myself isn’t new to me. However, I just can’t seem to get the hang of using the ordering kiosks at McDonald’s. And talking to friends, I find I am not the only one to have problems with their ordering kiosks. Now, I’ve written about McDonald’s kiosks that seem to come from the netherworld. Years ago, I wrote an EEJournal article titled “Lunch With McDonald’s McKiosk: I’m Hatin’ It,” which describes my brush with a McDonald’s kiosk in southern Utah. My recent road trip took me through Utah, where I discovered that McDonald’s has completely redesigned its kiosk customer experience (CX). However, many problems with the design still exist. I’d go so far as to say that McDonald’s has further refined its diabolical ordering kiosks, and they are, in reality, customer prevention machines.

Why? I have no idea, but here’s what happened.

Wife and I were driving on I-15 southbound through Clearfield, Utah, and we took an exit there to get lunch. We found six fast food restaurants on the same corner of Main and M Street:

We chose McDonald’s because the food is at least consistent from one restaurant to the next. That was our first mistake.

We found we could not turn left from Main Street into McDonald’s and had to turn into the Burger King, thread through its parking lot, jump back out onto Main Street, and then immediately turn right into the McDonald’s lot. There were plenty of cars in the McDonald’s drive-thru line but only one car in the parking lot, so we parked and walked in. That was our second mistake.

Two people behind the counter were consumed with filling orders from the drive. One of them turned to me, very briefly, and said that it would take several minutes to get to me. She strongly suggested that we use the automated ordering kiosk to save time. Actually, I inferred from her tone and body language that it might be a very, very long wait if we didn’t use the kiosk. Hell might freeze over before a person materialized to take our order. So, we decided to follow her suggestion, and that was our third mistake.

This McDonald’s had at least four ordering kiosks, and we tried the one nearest the entrance. That kiosk apparently was locked in an endless loop. I pressed the “Start Order” button on the touch screen. The screen blanked for a few seconds and then the same screen reappeared. I tried this four times and the same thing happened each time. Albert Einstein reportedly said, “The definition of insanity is doing the same thing over and over and expecting different results.” (Note: Other famous people including Ben Franklin and Mark Twain are also credited with this saying, so who knows who said it?)

Failing to even start an order with the first kiosk, we switched to the next kiosk in line. I pressed the button to start an order and the kiosk obligingly started my order immediately. “Aha!” I thought. My luck had changed. Mistake number four. We only wanted a hamburger, a cheeseburger, and two sodas, but that would prove too much for the kiosk ordering system.

First, I added a hamburger to my order quickly and easily. “I got this,” I thought. That was my fifth mistake. Pure hubris.

Next, I ordered one small bag of fries. No problem. The kiosk accepted the item. We were on a roll again. I ordered a Diet Coke. The kiosk asked me to select a drink size, so I pressed the button for a medium drink. The kiosk registered an order for a medium iced coffee.

I rolled my eyes, deleted the iced coffee, and then added a Diet Coke successfully on my second try.

The order was complete, so I tried to check out by pressing the appropriate button. The kiosk said, “Unable to take payments at this time, go to the counter to complete order.” In McDonald’s, kiosks can’t hear you scream. They only have eyes.

I went back to the counter where the same woman again looked up and said, “It will be several minutes before we can get to you. You should use the kiosk.”

At that point, I knew I’d entered one of those real-life, surreal, Catch-22 situations. I got my wife up from the table she was patiently holding. We exited the McDonald’s, got into the car, and drove across the street to Taco Bell (after driving through the Carl’s Jr. parking lot to get there), where I discovered that you can place meal orders only through kiosks at this Taco Bell.

I have had problems with Taco Bell’s ordering kiosks in the past, but sure, let’s try again. We were getting hungry by now.

In short order, I’d placed an order for a chicken enchilada for me, two tacos for my wife, and two Diet Pepsi’s. I then paid without a single problem. In my article from three years ago, Taco Bell’s kiosks had worked poorly. Now, I found them remarkably easy to use and efficient, although the two kiosks in the restaurant were set a tad too close together for the COVID era, and I found myself brushing shoulders with a couple of other patrons placing an order. They didn’t seem to mind my proximity at all. I think “oblivious” best describes their demeanor. And, in Utah, no one was wearing masks in restaurants. Isn’t that just great?

I promise that I can break anything you come up with.