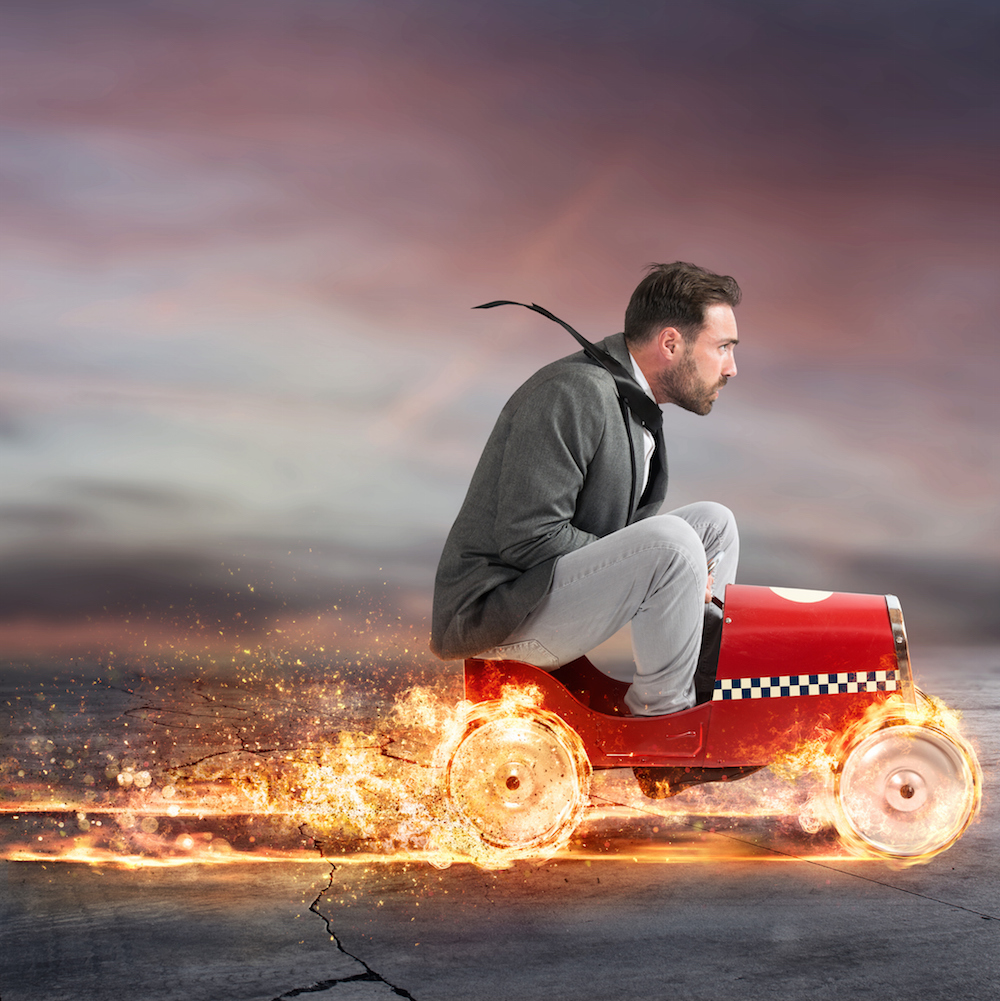 Will the 5G IoT Race be Won Solely by Marketing?

AT&T and Verizon say They Have 5G. Don't Believe Them.
by Steven Leibson

Create the hype, but don’t ever believe it. – Simon Cowell

Despite the tons of early hype, the worldwide 5G race has just begun. In a race to announce the first operational 5G network in the US, cellular communications vendors AT&T and Verizon have both initiated limited 5G cellular trials in a handful of cities. AT&T’s 5G trials started in twelve cities along the East coast of the US and will spread to San Francisco and San Jose later in 2019. Verizon’s trial cities include Sacramento, Los Angeles, Houston, and Indianapolis. Many of these 5G announcements increasingly discuss 5G cellular communications for IoT connectivity, because potentially selling cellular subscriptions for perhaps a trillion IoT devices is orders of magnitude more interesting than selling them to the seven billion people living on the planet, even if those IoT devices pay a lower monthly fee. You make it up in volume.

These announcements and demonstrations imply that 5G cellular connections for IoT services are imminent and that they will soon replace 4G LTE cellular communications. Neither of those assertions is especially true. Here’s what is true: 5G communications standards for mobile phone communications are not yet finalized, and the 5G standards for IoT applications have not yet been announced. Meanwhile, 4G LTE communication technology – including cellular services, hardware, and software – already delivers reliable IoT connectivity over long distances and will continue to do so for many years into the future.

On January 8, Jonathan Wells, Managing Partner of AJIS Consulting and wireless consultant, gave a comprehensive “State of 5G” presentation at the monthly IEEE-CNSV (Consultants Network of Silicon Valley) meeting. During his presentation, Wells touched on the 5G topics listed above and many more. What follows are some of the specifics Wells discussed in his talk:

All cellular networks rely on standards to ensure interoperability of base stations and terminal equipment. Several standards bodies are involved in the creation of these network standards including:

The ITU is currently taking 5G recommendations from other worldwide standards bodies and building a consensus decision for the IMT-2020, which will be issued in 2020. The ITU holds World Radio Conferences (WRCs) every three to four years to build final consensus, and the next WRC (WRC-19) will be held in October and November, 2019 in Sharm el-Sheikh, Egypt. No cellular network can be officially called 5G until there’s an IMT-2020 spec. However, that has not stopped cellular operators, including AT&T and Verizon, from pre-announcing their 5G networks.

The 3GPP was formed in 1999 to develop 3G cellular specifications that would work worldwide. Since then, the 3GPP has released a new set of specs about once a year, as its standards evolve. The 3GPP Release 99 specification defines 3G phones today. After developing Release 99 for 3G, the 3GPP developed standards for 4G LTE networks. It is now working on standards for 5G cellular phones. (It seems that the 3GPP likes to evolve standards but not its own name.)

Interest in 5G standards was so high that the 3GPP partitioned its 5G specifications into what it calls 5G Release 15 and 16. The current version is Release 15, which is being released in three “drops” – the Early drop, the Main drop, and the Late drop – appearing at roughly semi-annual intervals.

The Early drop of Release 15 appeared in March, 2018. This drop allowed vendors to start developing prototype 5G equipment. The 3GPP’s Release 15 Main drop appeared in September, 2018. It did not differ significantly from the Early drop, so vendors could simply make software updates to bring their prototype 5G equipment into compliance with the Main drop. The Late drop won’t appear until June, 2019. That is when 5G specs will freeze and vendors can design equipment and services against real standards. Relevant to the IoT discussion, the first two Release 15 drops focused on data rates and spectral efficiency. The Late drop focuses on improving latency. If you want to operate on pigs, balance balls in real time, or serve coffee without spilling it on the customers, you’ll probably need the Late drop’s improved latency.

Despite all of this effort, 5G network and equipment standards are not yet finalized. Even when the standards are finalized, it will take several years for standardized 5G networks and equipment to be built. Meanwhile, 4G LTE networks have been in commercial operation since 2011 and are quite capable of delivering nearly all of the performance required by most IoT applications.

By at least one estimate, 4G LTE networks have about 40% of the current, worldwide cellular market, while the older 2G and 3G networks represent about 30% of the market each. Even by 2025, 5G market penetration is not expected to be more than about 15%. Clearly, today’s IoT designs that need the long distance capabilities of a cellular network should conform to the 4G LTE standards, or even earlier cellular standards, which are already in place and are widely used.

The 3GPP’s Release 13 of the LTE standard defined new narrowband LTE categories for IoT applications: category M1 (Cat-M1), formerly known as eMTC, and category NB1 (Cat-NB1), formerly known as NB-IoT. These new categories extend LTE by enabling support for lower data rate IoT applications. Cat M1 defines a 1.4 MHz channel size with a throughput of about 375 kilobits per second for uplink and 300 kilobits per second for a downlink. Cat NB1 defines a much smaller channel size of 200 kHz with a throughput measured in tens of kilobits per second. Cat M1 latency is approximately 10 to 15 milliseconds. Cat NB1 latencies are measured in seconds and can be as much as much as 10 seconds in some deployment scenarios.

Although these data rates and latencies are not sufficient for carrying video, as employed by KT’s robotic barista, for surgical telepresence, or for communications among autonomous vehicles, these rates are ample for many sensing IoT applications such as meter readers, health status monitors, and highly mobile fitness applications that can benefit from the long reach and ubiquitous presence of cellular communications. Currently, and for the foreseeable future, no other low power, wide area, wireless technology offers the scalability, security, and longevity of the established 4G LTE networks.

Throughout his 5G talk, Wells dropped takeaway points that he wished to emphasize. He provided five points in all:

So, from Wells’s perspective (and he certainly convinced me), 5G is still a few years off. However, today we have 4G LTE.

3 thoughts on “Will the 5G IoT Race be Won Solely by Marketing?”