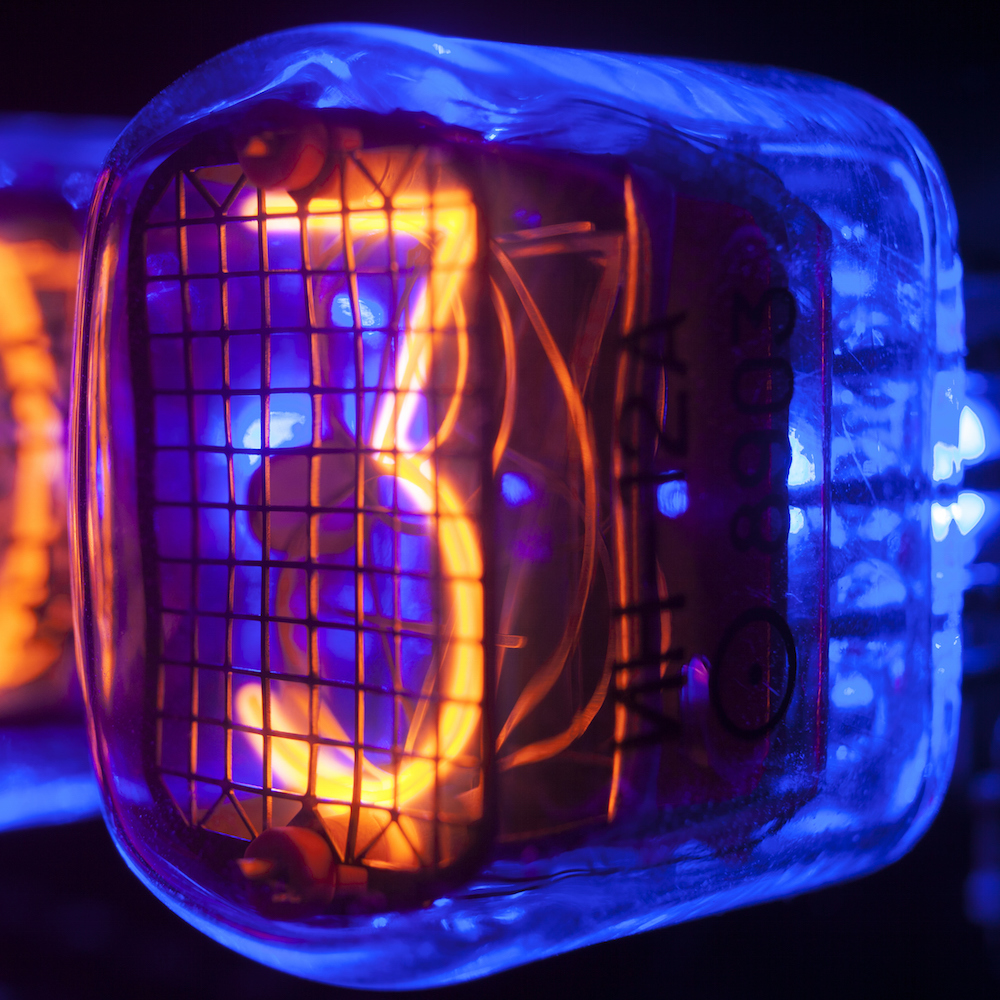 When Tubes were Better than Transistors

“Every Once in a While, a New Technology, an Old Problem, and a Big Idea Turn into an Innovation.” – Dean Kamen
by Steven Leibson

“I come to bury Caesar, not to praise him.” – William Shakespeare

Way back in 1960, just after ICs were invented but before they became much of a force in the electronics market, the Electron Tube Information Council published a book titled “Tubes and Transistors: A Comparative Study.” This 66-page book was a nifty piece of competitive marketing that contrasted tube characteristics and transistor characteristics under the guise of objectivity demanded by an engineering audience. However, it’s clear from reading this book that it was written to do a hatchet job on transistors.

The book starts out with this statement:

“The editors have attempted to provide a thorough comparison of the two devices as a guide to rational evaluation. Management readers will find in Part 1 a review of the inherent characteristics of tubes and transistors, as well as a summary of the degree to which their potential capabilities can, in a practical sense, be realized today. Part 2 discusses the prospects for both devices against the background of their historical development. Touching upon refinements and new developments, Part 2 may suggest new design possibilities. Engineers will find the whole problem presented in terms of specific design considerations in Part 3.”

“I come to praise transistors, not to bury them.”

Nevertheless, the introduction to the Electron Tube Information Council’s book then reveals the true motive behind this publication:

The Electron Tube Information Council’s tube-versus-transistor book predates publication of Clayton Christensen’s “The Innovator’s Dilemma” by 37 years. Christensen focused his book on disruptive innovation and the idea that new, lower-cost technologies replace established ones somewhat slowly. At first, these new technologies appeal to only those developers who are locked out of a market or markets because of the high cost of existing components needed to do the job.

Christensen’s book was triggered by his study of the disk-drive industry. He’d observed that big hard disks were slowly supplanted by smaller (and cheaper) disk drives. This replacement occurred generation to generation, from 8-inch, to 5.25-inch, to 3.5-inch, to 2.5-inch drives. With each new generation of smaller hard drive, the initial offerings in the new category offered overly small capacities to meet the needs of existing hard-drive customers. The smaller drives were considered toys.

However, there were other market categories that would have loved to avail themselves of the benefits of hard-drive storage, if only they could have afforded the price, or the power consumption, or the size. When a new drive category appeared, these customers didn’t care that the smaller, cheaper drives had less capacity. Case in point: the original Apple iPod was based on a tiny, 1.8-inch hard drive. It would not have been possible to make a pocketable unit based on the larger drives of the day.

The evolution of computers from mainframes, to minicomputers, to microcomputers is yet another example of Christensen’s innovator’s dilemma.

When the Electron Tube Information Council published its comparison of tubes and transistors in 1960, electron tubes had been manufactured continuously for more than 50 years. Lee de Forest invented the Audion triode in 1906. Tubes and tube-based circuits had been in continuous development ever since. By contrast, Bardeen, Brattain, and Shockley at Bell Labs didn’t manage to cobble together the first working semiconductor transistor until 1947 and didn’t announce their invention to the public until 1948. So, in 1960, when “Tubes and Transistors: A Comparative Study” appeared, the commercial transistor was barely a decade old. More important, Jean Hoerni did not develop his earth-shaking planar manufacturing process at Fairchild Semiconductor until 1959, when the Electron Tube Information Council’s book was likely being written. Before then, transistors had to be made by hand, by alchemists, while tubes were already well into their automated-manufacturing stage.

In 1960, you really didn’t want to bring a transistor to a tube fight.

Here’s what the introduction to “Tubes and Transistors: A Comparative Study” said:

“Until 1948, the choice of active components had to be made among the various innovations in electron tube design. Then, the transistor entered the scene, bringing with it dramatic possibilities for miniaturization and lower power consumption.”

So far, so good. However, in these few words, you can already see the innovator’s dilemma coalescing around tubes. But don’t buy the book’s honest-sounding words; it’s a feint. The book’s introduction continues:

“With it came predictions of unlimited reliability, reduced costs, and eventual adaptability to every known application involving electronic control and amplification.”

Uh oh. I’m not sure who promised unlimited transistor reliability and universal applicability to the electronic engineers of the mid 20th century, but no human artifact ever developed has ever managed to live up to promises like that. My guess: it’s the Electron Tube Information Council making these promises on behalf of the fledgling semiconductor industry – and setting the transistor up for a fall.

“As the designer saw the transistor begin to mature as a component it became increasingly difficult for him to separate its future promise from its present usefulness. Meanwhile, an evolution of comparable significance was quietly taking place in the design of electron tubes. While the systems engineer was trying to judge the potential capabilities of transistors against the known standard of the electron tube, those standards were changing! Continued reductions in tube size, higher standards of reliability, new cost savings through automatic processing, and new performance capabilities combined to increase the engineer’s dilemma.”

Wow! They even got Christensen’s “dilemma” idea into this book, 37 years early.

“There has not yet been sufficient pause in the simultaneous development of the two devices to permit the industry to get its bearings. The result has often been misapplication, waste and degraded performance. Today, engineers disagree on the relative merits of tubes and transistors for specific applications. The time has come for a comprehensive appraisal of the two devices.”

The remaining pages of this marvelous piece of history do provide a perspective about the state of the art for tubes and transistors in 1960. Although they gave transistors lip service, I can’t say that the Electron Tube Information Council tried very hard to peer into the future of semiconductor devices. Christensen’s innovator’s dilemma concept suggests that the council could not have done so, even if their hearts were in the effort – which they clearly weren’t.

Why is this relevant today? We’ve got nearly six decades of history separating us from “Tubes and Transistors: A Comparative Study.” Tube-based system design barely impinges on most electrical engineers’ brains today unless they’re into high-power electronics, microwave oven designs, or obscenely priced and supposedly superior audio equipment.

This book remains an important, historic milestone, in my opinion. There are ample opportunities to learn from this book because it captures a moment in time when one electronic technology was in the process of supplanting another. New technologies appear every year. One year, it’s the DRAM or the microprocessor. More recently, perhaps it’s PCM (phase-change memory), or memristors, or the open-source RISC-V microprocessor architecture. One thing you can be sure of. When these earth-shaking innovations first appear, they’re like newborns: weak and barely capable, but brimming with possibilities.

The electronics industry is founded on these possibilities.

One thought on “When Tubes were Better than Transistors”