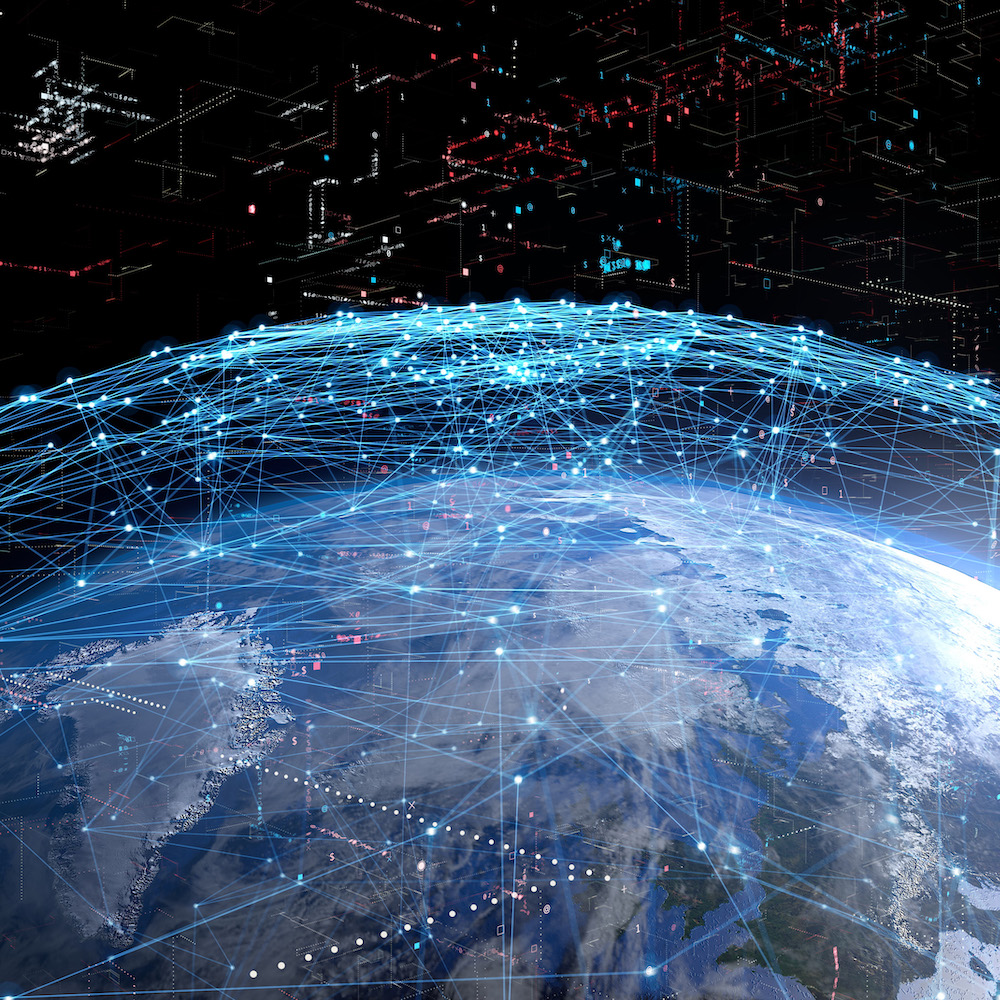 What the FAQ is the Edge vs. the Far Edge?

In a recent Cool Beans column — What the FAQ are the IoT, IIoT, IoHT, and AIoT? – I introduced the concepts of the cloud, the fog, the edge, and the far edge. Since then, I’ve been talking to a few people, and I’ve come to realize that there’s quite a lot of confusion as to where the fog and edge begin and end.

The real problem is that different people have different points of view and they take these terms to mean different things. It’s certainly not my place to cast aspersions (my throwing arm isn’t what it used to be), but perhaps I can provide some clarification.

Let’s start by pondering how we might envisage the internet, which is like a web of connections that envelop the world. 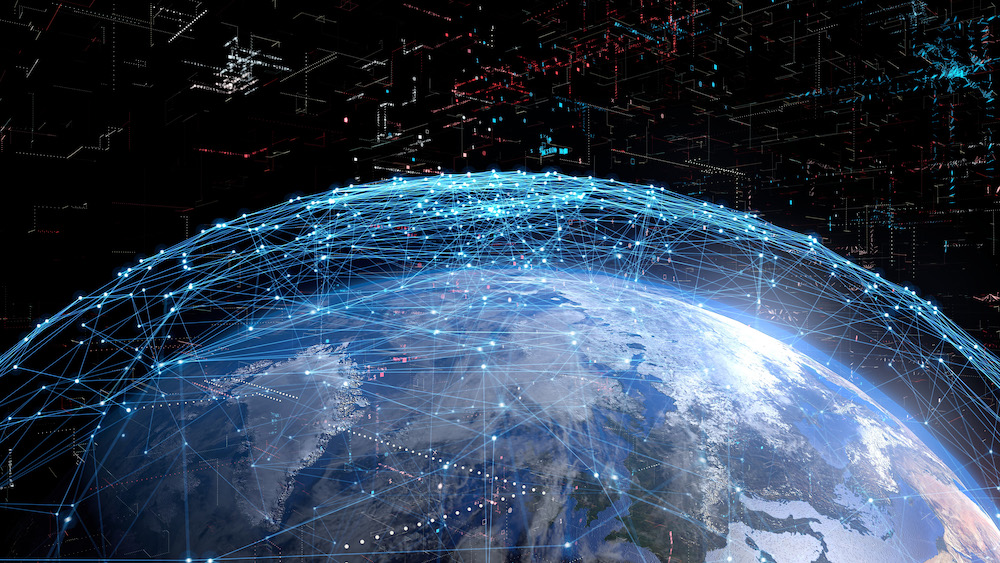 The internet itself is formed of many different components. At its heart are data centers of different shapes and sizes. Large organizations have their own data centers where they store, analyze, manage, and disseminate their data. And then there are the ginormous data centers containing tens of thousands of servers owned by companies like Amazon, Google, IBM, and Microsoft. These are where web searches are performed and vast amounts of data, including things like YouTube videos, are stored. These companies also lease the mind-boggling compute capabilities afforded by their servers to other companies, who use this awesome power to perform a wide range of tasks.

The term “the cloud” generically refers to any software and services that run on the servers in these data centers. The various vendors have a variety of offerings, including private clouds, public clouds, and hybrid clouds. The advantages of the cloud are that you can access your data from anywhere in the world, and you can throw as many computing resources as you require (and can afford) at a problem to solve the task at hand.

The outermost “layer” of the internet encompasses things like homes, stores, and factories. In the case of factories, these may contain a bunch of servers that are used to store, analyze, and manage any data that is local to that facility. These local servers may be considered to be a mini cloud called a fog. Oftentimes, the data in the fog – or a processed version thereof — is also passed up to the cloud for additional processing, storage, and dissemination. Having its own fog allows the factory to keep running, even if it loses its connection to the cloud.

At the farthest extremes of the internet, we have the subsystems (sensors, data loggers, actuators) that interface with the real world. These are often referred to as edge devices. One approach is for these edge devices to simply pass humongous amounts of data up into the cloud – say the video stream from a surveillance camera, for example – but this consumes a lot of power, communications bandwidth, and (potentially) money. An alternative is to perform computing, security, analytics, artificial intelligence (AI), and machine learning (ML) tasks in the edge device itself. This is what we mean when we say things like “computing at the edge” and “AI at the edge.” The problem, once again, is in our definition as to what is and isn’t the edge.

As an aside, there is a great book called Tubes: A Journey to the Center of the Internet by Andrew Blum. As it says on the back cover:

Tubes looks behind the scenes of our digital lives at the physical heart if the internet itself. This is a book about real places on the map: their sounds and smells, their storied pasts, their physical details, and the people who live there. Sharing tales of his on-the-ground reporting, along with lucid explanations about how the internet works, Blum’s eye-opening travelogue offers a unique perspective on the role of technology in our lives.

I have to say that I discovered a wealth of information in this book, and it is highly recommended. Sad to relate, however, it doesn’t address the question of where the fog and edge begin and end.

In 1884, the English schoolmaster Edwin Abbott published his satirical novella Flatland: A Romance of Many Dimensions. Written pseudonymously by “A Square,” this tome employed the fictional two-dimensional world of Flatland to comment on the hierarchy of Victorian culture, but its more enduring contribution is its examination of dimensions. Flatland wasn’t highly regarded when it was first published, but it was “rediscovered” after Albert Einstein introduced his general theory of relativity, which brought to prominence the concept of a fourth dimension.

The reason I mention this here is that I’ve been trying to decide how to present my thoughts on where the fog and edge begin and end, and I’ve decided that the best approach is to visualize a portion of the internet in two dimensions as illustrated below (I bet you thought I was wandering off into the weeds; shame on you for doubting me).

The All-Pervasive Internet of the Future

We’ve started to think about the internet as being omniscient, omnipresent, and omnipotent (all-knowing/seeing, all-pervading, and all powerful), but it’s not my dear old mother, for goodness sake!

The term Internet of Things (IoT) has become ubiquitous, and the internet itself sometimes appears to be all-pervasive, to the extent that we might visualize the relative proportions of the real world and the internet as presented in the image below.

At some stage in the future, even the simplest of devices, like light bulbs (or their equivalents), may have their own IP (internet protocol) addresses, allowing them to be individually monitored and controlled. Also, even the simplest of gadgets and gizmos like alarm clocks, radios, electric kettles, and electric toasters may be equipped with embedded speech (voice control and speech generation) and embedded vision, all augmented with cognitive (thinking, reasoning) capabilities powered by AI and ML technologies (see also What the FAQ are AI, ANNs, ML, DL, and DNNs?).

Consider the not-so-distant future when we are all strolling around sporting the latest, greatest, and most stylish mediated reality and augmented virtuality (MR+AV) headsets (see also What the FAQ are VR, MR, AR, DR, AV, and HR?). What could we do with these little rascals? In reality, we are limited only by our imaginations, but here are three scenarios off the top of my head (please feel free to suggest more in the comments below):

Of course, we aren’t there yet, but I honestly believe that these types of scenarios will be with us sooner than we think.

The Less-Pervasive Internet of the Present

Returning to the internet of today, although there are indeed a lot of edge devices, there is a whole lot of the real world that is currently unconnected, so I think a more realistic representation would be as illustrated below:

At the present time, the internet is less ubiquitous than you might expect
(Click to enlarge — Image source: Max Maxfield)


What I’m trying to indicate here is that the real world is a really, really big place. Your ISP is probably located reasonably close to you (say 10 to a couple of hundred miles depending on whether you live in a city or the country), while the data centers you access could be located anywhere in the world, thousands of miles from where you hang your hat.

Teetering on the Edge

I think the previous depiction is one reason why there’s so much confusion as to what exactly comprises the “edge.” When we “zoom out” and look at the bigger picture, everything at the edge is compressed into a small geographical location. So, now let’s zoom in a bit to consider what we might see in industrial and residential settings as illustrated below. 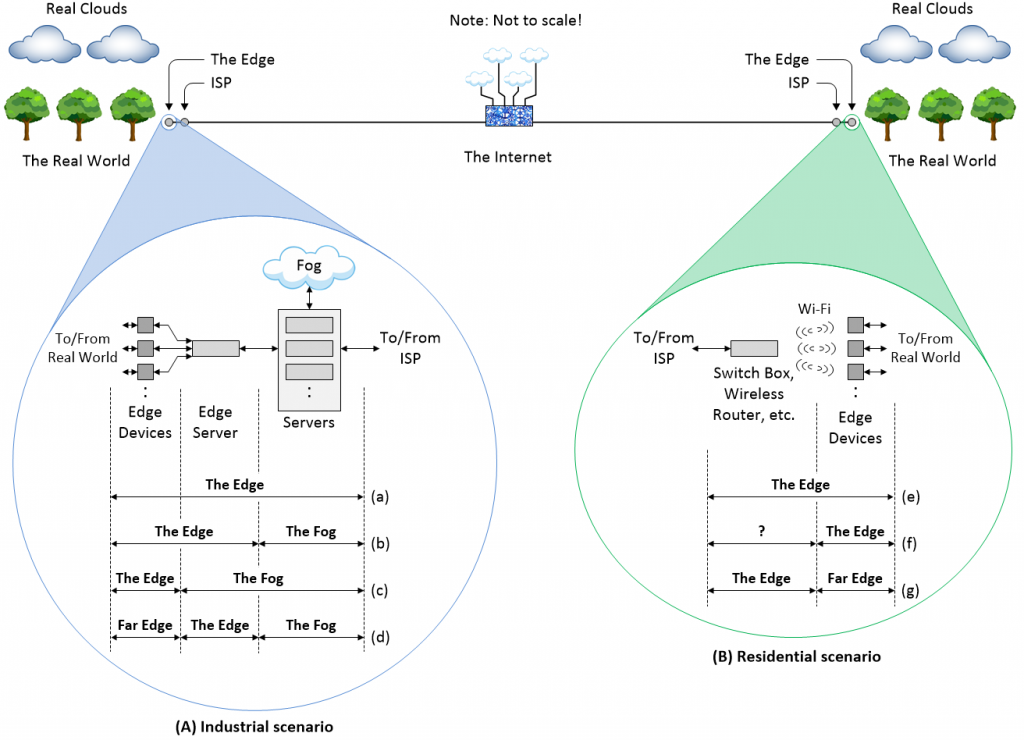 Zooming in on the edge
(Click to enlarge— Image source: Max Maxfield)

If you are a network engineer working on the internet’s infrastructure, I can understand why you might think of everything in a factory — which is potentially thousands of miles away from its cloud — as being on the edge (a).

Now let’s turn our attention to the residential scenario. I’m thinking about my own house here where we find a bunch of edge devices in the form of an Amazon Echo and an Amazon Dot, a couple of Apple TVs, a smart thermostat, and a cornucopia of smart plugs that are used to control the lights. The cable box/Ethernet switch/wireless router combo is located in the closet in the study. Everything communicates wirelessly via Wi-Fi and/or Bluetooth. So, should all of these devices be classed as being at the edge (e)? Or are only the edge devices on the edge, in which case how do we class the wireless router et al (f)? Or should we say the router is at the edge, but the edge devices are at the far edge or the extreme edge (g)?

I must admit that I’m oscillating a bit here, but I’m tempted to opt for options (d) and (g) in the industrial and residential scenarios, respectively. What say you? What are your thoughts on all this?

5 thoughts on “What the FAQ is the Edge vs. the Far Edge?”