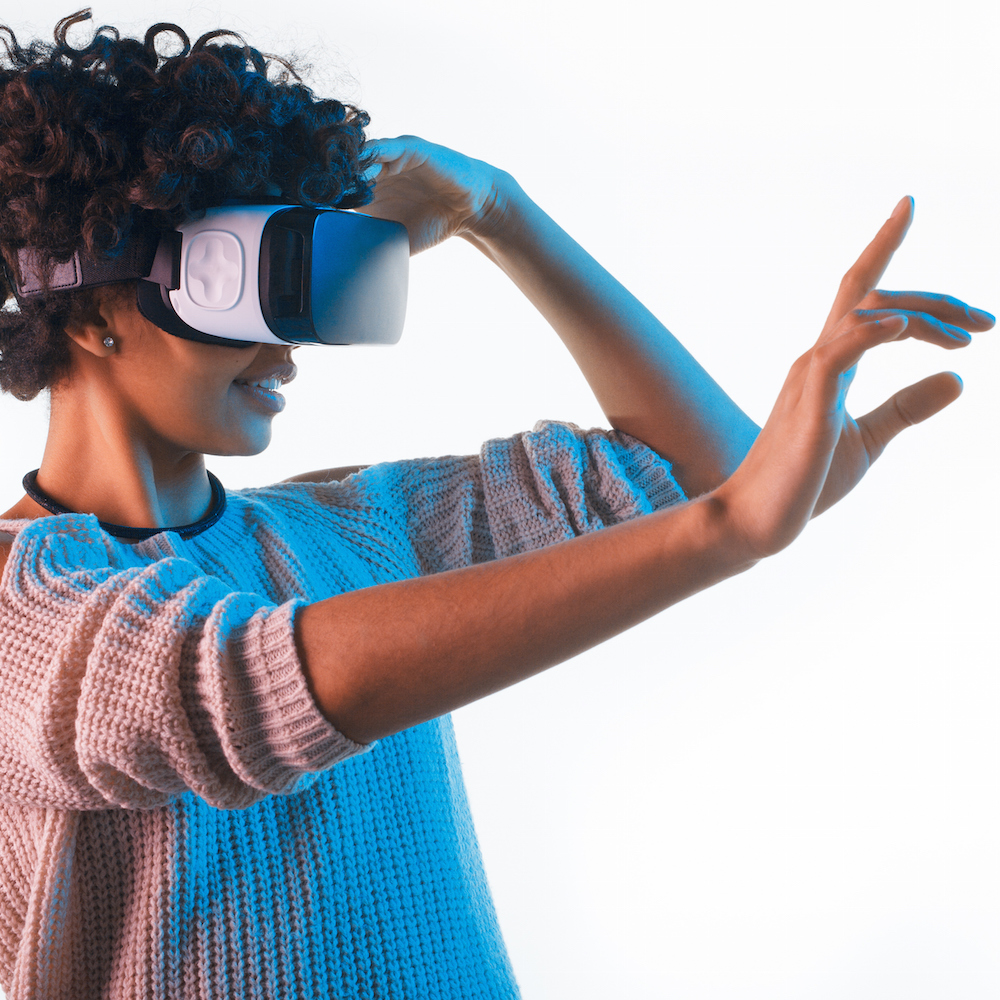 “Ever since I became a parent… I feel like I’m wearing giant kaleidoscope-goggles.” – Nia Vardalos

How fat does your pipe have to be before you start seeing things that aren’t there?

Or, to ask it another way, what’s the best interface for VR headsets? That’s the question that the VirtualLink Consortium has asked – and answered – by creating what it hopes will be the de facto standard interface for goofy-looking VR goggles.

How does 27 watts of power in your face sound? Or 10 Gbps of data? Or a single connector?

It’s that last feature – the single connector – that likely will appeal most to consumer VR buyers. Right now, VR headsets often need a tangle of cables, which looks ugly and detracts from the very mobility and immersion that VR is supposed to promote. An HTC Vive setup, for example, requires an HDMI cable, a USB cable, and two base stations, each with their own cables, all running back to your nearby PC. And that’s before you add the optional Vive Tracker and its cable. Tripping over your own VR cables is a real hazard, especially since your eyes are covered. The Star Trek holodeck it ain’t.

Sony’s PlayStation VR also requires both HDMI and USB cables, plus the cable from its PlayStation View camera back to your PS4. Facebook’s Oculus Rift needs at least three, and preferably four, separate USB connections. No wonder your non-gaming friends think you’re a dork.

The members of VirtualLink Consortium aim to do away with some of that tangle. They’re proposing a single cable to handle all the video, data, and control between the VR headset and the base system (whether that be a PC, a game console, or some other device). One cable to rule them all! Simple!

Better still, it’s a cable you might already have: USB-C. By using one of the “alternate modes” defined in the USB specification, VirtualLink Consortium says it can cram multiple channels of high-definition video, high-speed data transfer, and even big slabs of DC power down a single cable. Instead of gearing up like an astronaut, you’ll simply plug in your USB-C cable and get to work shooting zombie dinosaurs.

The new specification calls for four HBR3 (high bit-rate) DisplayPort lanes, one USB 3.1 data channel, and up to 27W of power. Twenty-seven watts – about the power of a hotel light bulb – seems like a lot of energy to be putting into someone’s face, but future VR headsets are likely to boast a lot more performance than today’s units do, so they’ll need a hardwired power source.

How is it that humble USB-C is suddenly able to handle multichannel VR video, data, and power over a single skinny cable, and how did the VirtualLink Consortium discover this heretofore hidden feature? They cheated. Sort of. The USB-C specification has always allowed an alternate mode (AltMode) that basically says you can redefine a handful of the wires in the cable bundle to be anything you want, even if it’s not USB. Want to carry Thunderbolt protocol over your USB-C cable? No problem. Want DisplayPort, Ethernet, or HDMI? You’re covered. The wires inside your USB-C cable are just wires, after all, and if you can invent a clever new application-specific use for them, that’s okay. Welcome to USB-C, where the C stands for configurable.

VirtualLink cables will use standard USB-C connectors, and that’s both good and bad. It’s nice that we won’t have to support yet another new connector style, but it may also sow confusion. Existing systems and peripherals with “real” USB-C ports won’t automagically start supporting VirtualLink, so just because the cable fits doesn’t mean it will work. New VirtualLink ports will be marked with a custom icon/glyph (yet to be defined), so you’ll be able to distinguish the special one from the other ones. Happily, you won’t damage anything by accidentally plugging a VirtualLink unit into a generic USB-C port or vice versa.

You could almost say that VirtualLink isn’t a USB-C interface at all, but a new standard that just happens to use the USB-C connector and won’t fry real USB-C ports when someone inevitably plugs their VR headset into the wrong jack.

Reducing cable clutter is a good thing, and it can only make VR headsets more popular and usable. VirtualLink has the public support of AMD, Microsoft, nVidia, Oculus (Facebook), and Valve (for the HTC Vive/SteamVR). Missing from this list are Sony, Google, and Samsung, all of which currently market VR headsets. Sony can do whatever it wants – the company always has – while Google and Samsung focus on lighter smartphone-based goggles rather than the heavier tethered headsets. Thus, it looks like VirtualLink has near-universal support from the makers that matter. And why not? The new standard seems like a win all the way around. As the old saying goes, one headset cable is better than two. Or something like that.