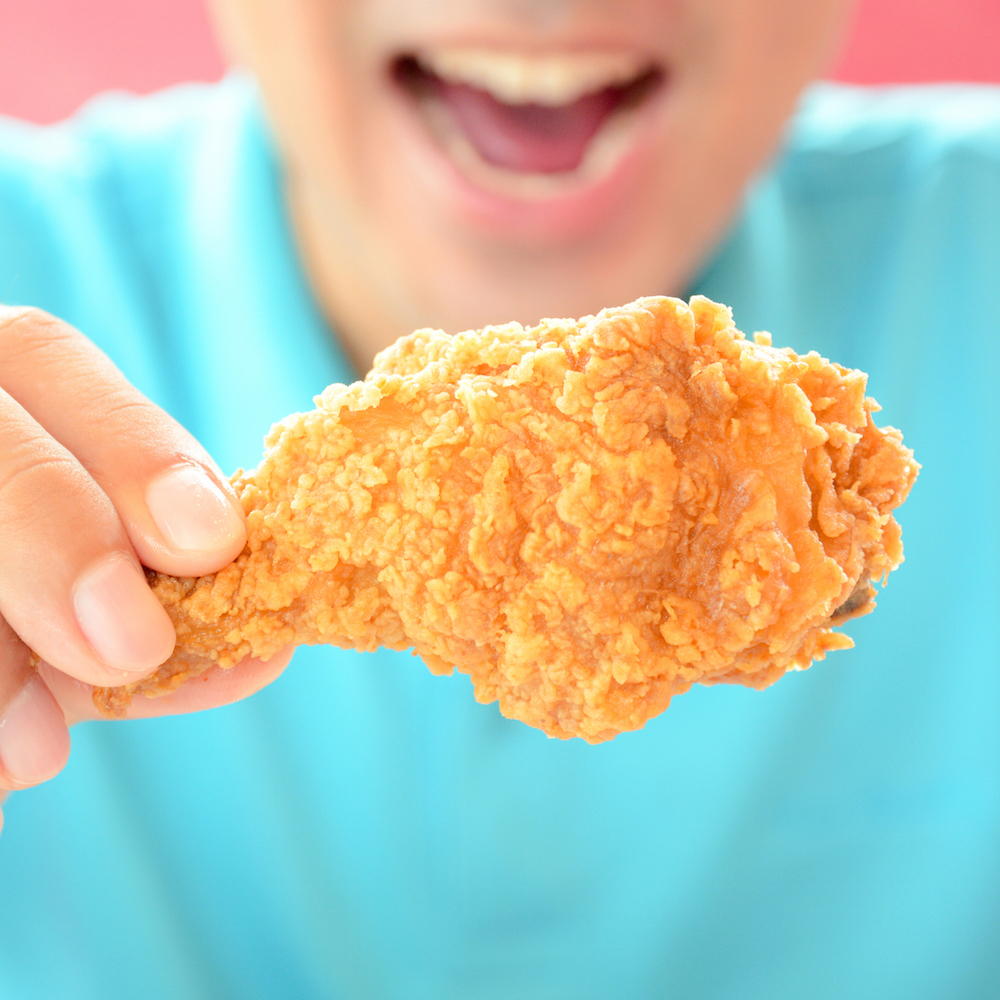 Tons of LEDs – One at a Time

It just seemed so wasteful to him! All he needed was a thin coating of flour on the chicken, but the only way to do that was to dredge the piece in a pile of flour. Like, about 100 times more flour than he really needed. He could reuse the flour for any other pieces, but, once you were done for the night, he’d be throwing away more than 90% of the flour. Because, of course, it had touched raw chicken, and you don’t want that lying around.

OK, so flour is cheap; who cares how much we waste? But he had a waste issue on principle: here scientists are trying to figure out how we’ll feed billions more people in the coming years, and yet he was simply throwing flour away. If only he could use just the amount that he needed! But that would mean individually placing “pieces” of flour on the chicken, and he’d die of starvation before that got done. And so he dredged away, managing the cognitive dissonance…

Evolving LED technology is rapidly changing what we do with lighting. Freed from the constraints of curled tungsten wires in a vacuum, you can build lights in shapes and places and with functions that would never have been possible before. And individual LEDs are tiny – especially if you don’t package them. So you can flood a surface with them to give the appearance of a uniformly lit surface.

And, according to Rohinni, that’s exactly what manufacturers currently do: dredge the substrate in LED flour, figuring some will stick and some won’t work, but hey, we’ve got tons of redundancy and they’re cheap, so who cares? It would be ridiculous to try to pick and place every little LED!

One at a Time

Rohinni thought otherwise, but it wasn’t that easy. After all, there’s no technical barrier to picking and placing individual LEDs; there’s an economic barrier. And an “OMG, we’re going to be here FOREVARRR” barrier.

But it’s about more than just the moral concern over wasting dice. When you flood a surface with LEDs, you’re placing them all in parallel – even electrically. So they all go on at the same time, or none go on. And they all turn on or off together.

If, instead, you were placing them, you could have a substrate designed such that each LED gets its own connection. If you can keep track of all of that, you can do some pretty cool animations. Heck, even if the granularity of connection were in small blobs instead of individual LEDs, you could still do things that are more interesting – or useful (since the novelty of cool lighting, like the interiors of Virgin America cabins, eventually fades if it has no actual utility). 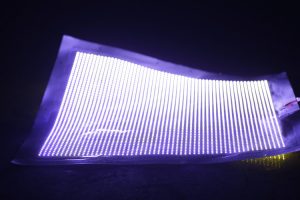 Of course, the whole thing works better if you’re working with bare dice rather than packaging them. Right now, your choices are pretty much either dredging in LED flour (OK, the technical term is “mass transfer”) or using individual packaged LEDs. Using strategically placed individual dice, they could work with pieces on the scale of 50 μm2, with pitch between individual LEDs in the 1-8-mm range. The thickness of the piece would drop from the range of 1-2 mm to around 200-300 μm.

You can also create contoured surfaces if you place the LEDs flat onto a flexible substrate and then contour the substrate after.

Oh, and Making Money Too

But it always comes back to that economic thing: how can you be more strategic in your LED placement at high volumes? It can’t be a science experiment; it has to be a business.

Well, Rohinni says that they… I dunno, figured something out – something that they’re not going to specifically clue us in on (cuz trade secrets). This new LED process seemed like a good idea to them, but that economic problem couldn’t be solved with the manufacturing equipment available at the time. They realized that, in order to be in the kind of LED business they wanted, they were going to have to develop some new machinery to assemble the LEDs.

And so they did – and, in fact, now they’re licensing that equipment to others, since they don’t want to be in the equipment-making business.

But, if you’re being more selective with how you place the dice, you also want to be more selective about which dice you use. After all, the dredging method uses untested LEDs – you know that you’ll have enough that work so that you don’t have to worry about the ones that don’t. And if you’re going to go through the effort of giving each LED some individual love as you place it, then you pretty much want to know that you’re spending that energy on a good LED.

So they bin and sort their LEDs as a part of the manufacturing flow. It’s a “known-good dice” approach. Their specific process isn’t available to me, as I noted, but it involves picking-and-placing LEDs from a singulated wafer or a tray of known-good dice. The cathode and anode are on the same side of the die, so they use flip-chip mounting followed by reflow. Their yields through the entire assembly process, including reflow, have achieved five 9s – and they have a rework process so that you don’t have to throw a unit away as a result of a single LED not working.

Lighting the Road – OK, Actually Not

Given all of that, where the heck could you use something like this? Lots of places, they say. Which can be a scary thing for a small company that needs some focus. So, quiz question: if you were going to pick a market today that looks promising for the future and that can benefit from lighting, what would it be? Yeah, time’s up; if it wasn’t obvious, then you’re not paying attention. Automotive, of course! The market that everyone is gunning for!

And so they’ve teamed with Magna, an investor that can help them to navigate the automotive market. They see this new technology showing up in the 2021 model year. And they specifically see it affecting pieces of the car like:

So, in a few years, you may well find yourself oohing and aahing about the lighting in your new car – and you’ll know how it came to be. You might even have been a part of making it happen.

One thought on “Tons of LEDs – One at a Time”