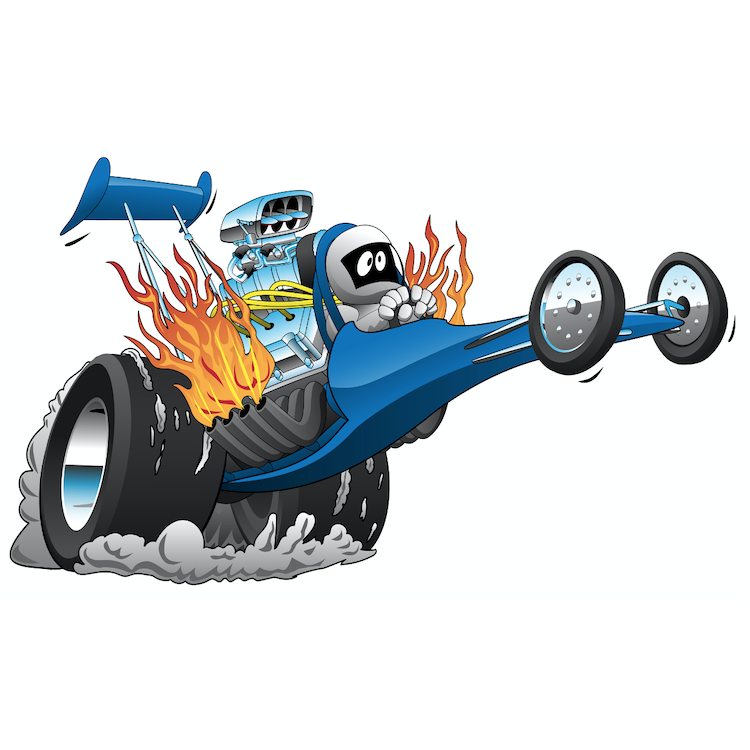 What do a tiny 10-person engineering firm and zillion-employee Apple have in common? Not much, really, except that both have recently designed new microprocessors that combine high performance with low power consumption. Let’s see… fast CPU, licensed RISC architecture, low-power design rules… I think I’m detecting a pattern here.

The tiny firm in question is Micro Magic, a Silicon Valley consultancy that’s been around since 1995. Actually, it’s been around twice since 1995, having been sold to Juniper Networks in 2000, then reformed in 2004 under the same name and with the same people. The team basically split the $260 million acquisition price ten ways, took a little break, and then kept on working.

Their day jobs involve custom digital design work for “a blue-ribbon customer base of IC design firms like Qualcomm,” according to consultant and company spokesmodel Andy Huang. They’re best known for their high-speed expertise and in-house EDA tools. They sell their tools, rent out their time, and license some of their original design IP.

Somewhere along the line the team decided it would be interesting and challenging to design the fastest, most power-efficient RISC-V implementation they could manage. It wasn’t a customer request, just an internal experiment. They’d seen many of their customers run into power or heat problems with the current crop of desktop CPUs. Could they implement a processor that delivered better performance/watt? We’ve got the tools, the talent, and the time…

The result is a small batch of RISC-V processors that run at up to 5 GHz but consume as little as 70mW (though not at the same time). At top speed, the chip scores 13,000 on the CoreMark benchmark, which makes it the fastest RISC-V processor in existence, according to Huang. At the other extreme, with power turned down to 0.6V and clock frequency dialed back to 3 GHz, it’s the most efficient 64-bit processor in the universe.

What’s the secret? “It’s the Micro Magic EDA tools,” says Huang. Micro Magic’s designers create and use all their own EDA tools, and, unlike the major EDA vendors, they’re not averse to tearing them up and rewriting them when the mood strikes. Consequently, the tools are always current and always finely tuned to whatever the team wants and needs. Mass-market EDA tools, he says, are necessarily compromised to appeal to a broad audience and hindered by backward compatibility. “There’s 30-year-old FORTRAN in some of those products.”

Apart from the benchmark scores, Micro Magic isn’t saying much about the chips, the pipeline implementation, the process technology, or what else might be on the device. Huang did say it’s implemented in a “double-digit” FinFET process node. There is cache on the chip, as well as some RAM, although nobody’s saying how much.

Huang was kind enough to show me a sample chip running piggybacked to an Odroid development board. It obviously works, and it delivers the benchmark results as promised. But it’s hard to tell from the demonstration hardware what peripheral features (Ethernet, timers, memory controllers, etc.) are included in Micro Magic’s chip and what’s being handled by the Odroid motherboard.

So, mission accomplished, then? Yes, the team is pretty pleased with their work, and they’d be more than happy to discuss licensing it. “We’ve had over 50 inquiries already,” says Huang. He tossed out a price of $1 million for the hardened version, or $10 million for a “soft” core implementation (source code, essentially). Have your checkbooks handy.

Given that Micro Magic isn’t usually in the business of licensing microprocessors, why start now? Was this a demonstration of the team’s prowess, a move into a new market, or a calling card to drum up business? “We’ve been well known but low key for the past 25 years,” says Huang. “We don’t need a calling card to let people know what we can do.” A power-efficient CPU was just something on their bucket list.

Micro Magic’s nameless processor certainly looks impressive, and customer interest seems to be high. It could be a real money maker for the company and help to move RISC-V that much closer to legitimacy. A high-end halo part in the 5GHz range makes the whole architecture look more attractive to designers concerned about headroom and performance growth.

Cynically, however, this could be just a show-off engineering project. There may not be a lot of licensees willing to spend $1 million for a “free” processor from a little-known company. It’s also not clear whether Micro Magic intends to produce follow-on versions, or whether this is just a one-off. How well will it integrate with the rest of your design, and how portable is it across fabrication processes? Presumably, whatever logic surrounds the CPU core on Micro Magic’s handful of test chips was all designed with one goal in mind; how well will that same CPU integrate with outside, third-party IP?

CoreMark is a fine benchmark – for what it is. Like most benchmarks, it’s an artificial test, not a real workload. EEMBC created it specifically so that it would not exercise other parts of a chip or a system. As the name suggests, it tests the CPU core only, not the memory, caches, peripherals, interrupt latency, and so on. It’s also single-threaded, as is Micro Magic’s implementation.

Micro Magic’s chip seems like a Top Fuel dragster: lightweight, streamlined, and extremely fast in one direction, but worthless for anything else. Outfitting it with sensible memories, peripherals, and the other accoutrements of a full SoC might dull some of its sharpness. RISC-V is a very simple architecture – and deliberately so – which makes it easy to crank the RPMs up insanely high. There’s a reason ARM, MIPS, and x86 processors don’t clock that fast. They’re either too complicated to hit those frequencies or they’d melt through the floor if they did. If any CPU is going to run at 5 GHz in a commodity CMOS process, it’s RISC-V.

I could be completely wrong and I’m maligning a brilliant design team through sheer pig ignorance, but this doesn’t seem like a viable long-term commercial product. That said, it is something to be proud of no matter how practical or sustainable it proves to be. Good job, Micro Magic. Let’s hope there are other ambitious design teams out there like yours.