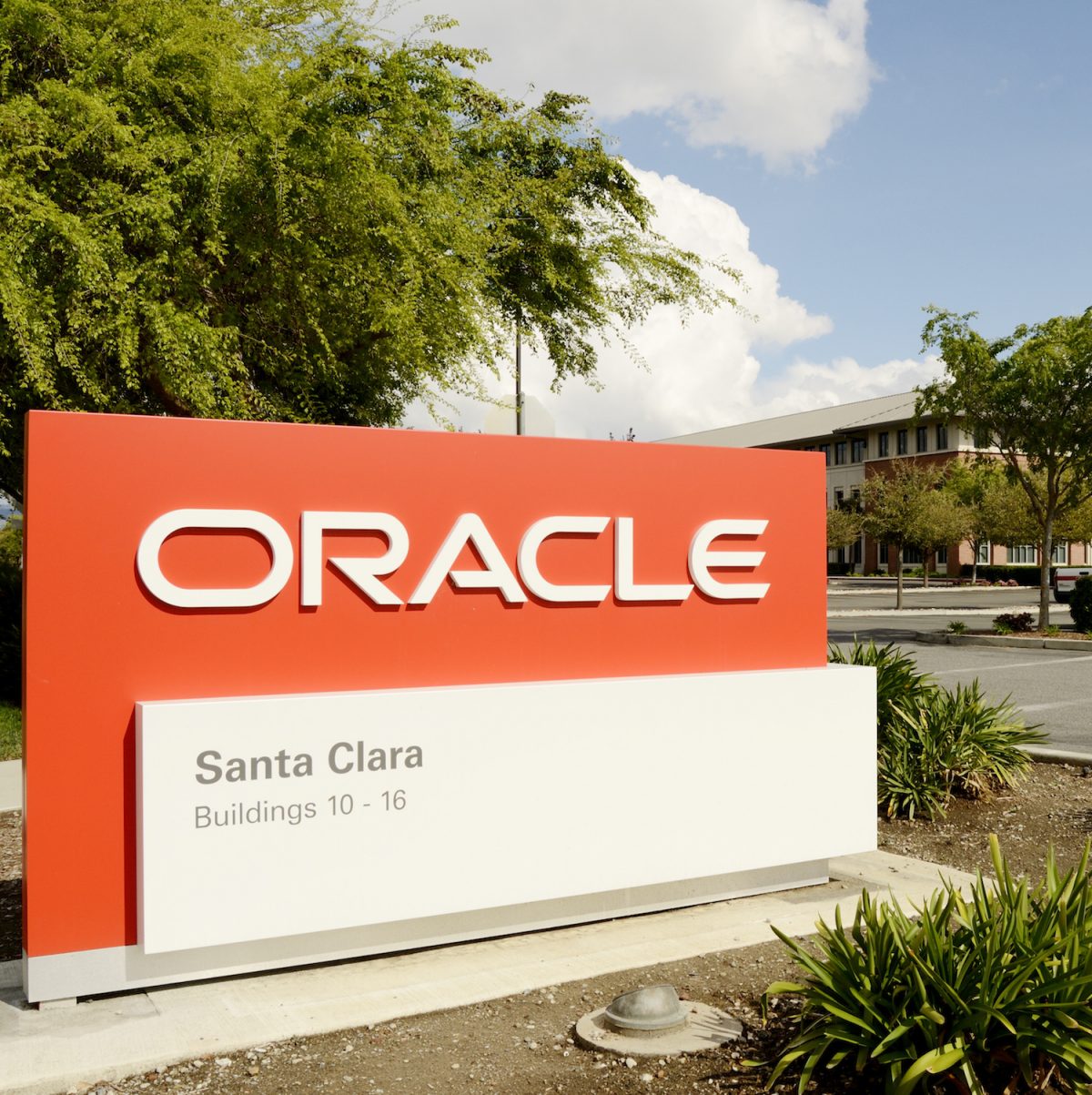 I’m old enough to remember when Sun Microsystems was one of the cool up-and-coming companies in Silicon Valley. It had the best engineers, created the most innovations, and had the most constant “buzz” of any company around. Pizza boxes – both literal and figurative – were a badge of honor on your workbench. PCs were just for managers and their secretaries – real engineers had a workstation. And Sun’s pizza box–shaped workstations were the currency of the nerd economy.

Sun workstations were known for their extensive use of existing standards – Ethernet! Unix! SCSI interfaces! – and for bundling them into useful machines. The company didn’t invent very much, but that wasn’t the point. It leveraged existing technology in useful ways, making its systems open, extensible, practical, and compatible.

It wasn’t long before Sun’s hardware and software became de facto standards in any engineering installation. Describing a “Sun server” was almost redundant – of course your server was made by Sun! This was the company that adopted the phrase, “The Network Is the Computer” and advertised, “We Put the Dot in Dot Com.” This was the company of Bill Joy, James Gosling, and Scott McNealy. This was The House That Java Built.

Sun later took on the challenge of creating its own in-house CPU, dubbed SPARC (Scalable Processor ARChitecture), displacing the standard off-the-shelf chips it used to employ. It also tweaked vanilla Unix to produce Solaris. Now, instead of generic CPUs and OS, Sun controlled its own destiny with personalized versions of both.

Now all of that is over.

Oracle announced last week that it’s laying off about 2500 employees, including nearly all the engineers working on SPARC processors and the Solaris operating system. There will be no new SPARC processors (not from Sun/Oracle, anyway) and no significant updates to Solaris. No new pizza boxes, servers, or Sun systems at all. It’s the end of the road for a once-great technology company.

Oracle, of course, acquired Sun at the beginning of 2010 for an eye-watering $7.4 billion. That’s enough to buy several Caribbean islands, with a fleet of Bugatti Veyrons to drive around in. Or maybe a few of Larry Ellison’s carbon-hulled catamarans.

Ostensibly, the idea was that Oracle – previously just a software company – would become a fully integrated, full-service, “solutions supplier” along the lines of IBM. In other words, a one-stop shop for all your hardware, software, and service needs. Your friendly neighborhood Oracle salesman would sell you Sun hardware preloaded with Oracle software, presumably with all the in-house tweaks already applied to optimize performance and reliability.

Less charitable observers suggested darkly that Oracle’s real goal was to lock up the technology and the patents surrounding Java, and then to sue Google for infringement. Which the company did, twice. And lost, twice. If Sun was just a big stick with which to batter Google, it was an expensive and ineffective one.

If, on the other hand, Sun was a brilliant strategic acquisition that would catapult Oracle into the ranks of the “big iron” suppliers… it was also expensive and ineffective.

The only reason Sun was for sale in the first place was because its own business was in a tailspin. From the highs of the previous decade, Sun’s sales had plunged to the point where it began talking to IBM, HP, and other suitors about a merger or acquisition. Sun was limping, and management knew it. Why Sun’s business would do better under Oracle management wasn’t entirely clear. Now we know that it never would.

The accounting magic of “fully accretive revenue” never quite materialized. Oracle got to put Sun’s hardware sales on its top line, but the expected synergy never made it worth the effort – or the purchase price. Oracle reported $4.15 billion in hardware sales for fiscal 2017, which sounds like good money. But that’s down from the previous year ($4.67 billion), and the year before that ($5.20 billion), and the year before that ($5.37 billion). In short, Oracle’s hardware sales have been dropping by double digits for years, with no end in sight. Oracle bought Sun while the latter was on a downward trajectory and did its level best to continue that trend.

What’s the cause of all this hardware hemorrhaging? Blame “the cloud.” Oracle does. The company has done a corporate about-face regarding on-premises hardware versus cloud-based services, coming down strongly on the side of the latter. Indeed, Oracle’s co-CEO described her company’s hardware business as “a drag” on revenue three different times in a recent earnings statement. It’s pretty clear that when you characterize your own hardware division (and your predecessor’s $7.4 billion purchase) as a “drag” that it’s not your favorite part of the business.

The 2500 layoffs whack almost the entire development staff for Solaris and for SPARC processors, and they affect several different Sun/Oracle offices in different cities. Some cuts were so deep that the company had to clarify that it’s not actually closing the Santa Clara office. And these are not temporary furloughs. “The elimination of these positions is permanent,” Oracle stated. In other words, a wholesale change of strategy.

What will Oracle do for hardware and software now that it’s not making SPARC or Solaris? In a cloud-based world, you’re not supposed to ask that question. The company is saying, in essence, “Don’t buy your computers from us anymore; rent them instead.”

Cloud services are supposed to be hardware- and OS-agnostic. You simply rent CPU cycles or terabytes and the supplier makes it happen. Pay no attention to that man behind the curtain. This allows Oracle to outfit its cloud infrastructure with whatever hardware and software it likes, and increasingly it looks like that’s an x86 machine running Linux. Pretty much the same setup that the rest of us run, in fact.

Any why not? Why should Oracle pay to develop its own microprocessor architecture, and develop its own operating system, if nobody’s going to see them? If Oracle’s “product” is time spent running on a server farm tended by its own employees, why bother to differentiate the platform? The company has found its focus, and it ain’t making pizza boxes. Or even server racks.

The irony here is twofold. For one, Oracle had been a passionate defender of SPARC, throwing shade on Intel’s Itanium and refusing to port its software to HP’s Itanium-based systems. Oracle lost that lawsuit (twice) and wrote a $3 billion check to HP. Now, Oracle embraces Intel’s chips at the expense of its own SPARC family.

Second, Oracle’s whole strategy in acquiring Sun was to become a unified hardware/software vendor. Now, it can’t get out of that business fast enough. Back in its early days, Sun helped to make high-performance computing affordable and accessible. The company democratized and distributed standard computing horsepower. Now it’s a casualty of the opposite strategy, virtualizing everything behind a remote connection.

It’s timesharing computers all over again. We’ve come full circle. I’m not old enough to remember renting time on “the computer” (singular), but weren’t personal computers and personal workstations supposed to replace that model? Isn’t the whole history of Silicon Valley about trying to put hardware and software in the hands of users, instead of at some remote location mediated by a third party?

Maybe Sun’s time really is past, and we’re witnessing the entire arc of a usage model, from beginning to end. From big, remote timeshared machines, to personal computing devices, back to big, remote timeshared machines. Today the end-user client is an iPhone instead of a TTY Model 33, but the concept is exactly the same. It’s the 1970s all over again, and once-mighty Sun sets in the west over the twilight of personal computing hardware.

One thought on “The Sun Also Sets”