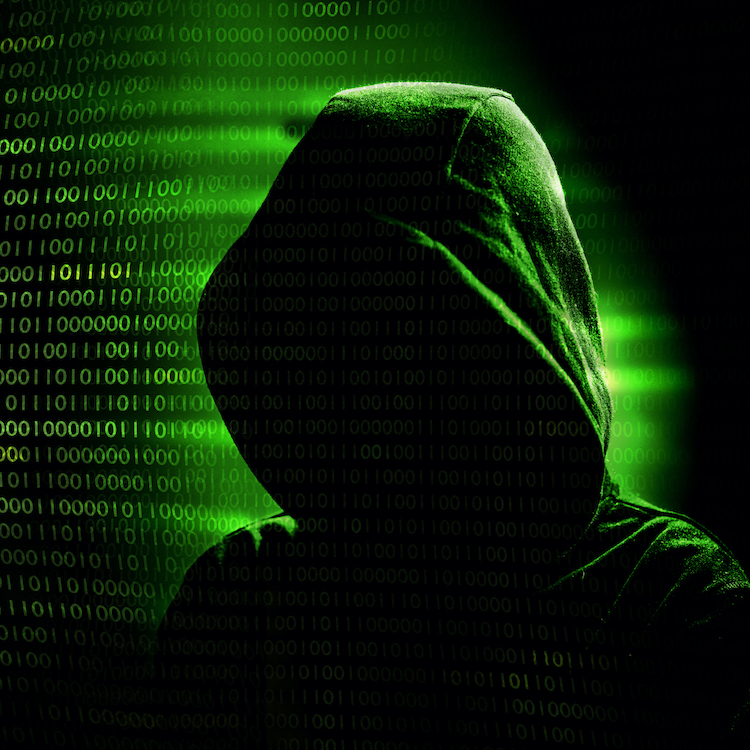 The Bad Guys are Winning in Cyberspace. Here’s One Way to Beat Them

Can a Small Networking Box From a Tech Company in St. Louis Really Provide an Answer?
by Steven Leibson

The news is grim. The number of cyberhack attacks and database breaches mounts with each passing week. It’s costing companies and people some big money and a lot of pain. Here are some scary stats from a recent Intel White Paper titled “Intel Agilex FPGAs target IPUs, SmartNICs, and 5G Networks”:1

“CSO, an online publication for chief security officers, recently estimated that about 3.5 billion people saw their personal data stolen in just the top two of the fifteen biggest breaches during the 21st century. These breaches involved databases at some of the largest companies and brands in the world, including Adobe, eBay, Equifax, LinkedIn, Marriott International, McDonald’s, and Volkswagen. The smallest incident on CSO’s list involved the theft of personal data for 134 million people.”

Data isn’t all that’s at risk, however. Consider this incomplete list of very recent, very successful cyberattacks and their repercussions:

The bad guys seem to be winning all too often.

However, I’m afraid the news isn’t great for these extensions. A little Googling produces ample evidence of multiple exploits that can be used against each of these protection mechanisms. Any code or data stored in any memory location in a processor’s memory space is vulnerable to attack from code running on the microprocessor. In addition, many successful hacks do not exploit any weaknesses in the microprocessor’s code handling. Hackers often employ social engineering and phishing attacks on human operators to simply steal passwords.

A tech company named Q-Net, located in St. Louis, Missouri, has developed an elegant engineering solution to the security problem for closed (non-public) networks. The name of the solution is the somewhat cryptic “Q-Box,” which sounds like it might have been developed by an advanced, omnipotent species that popped up on multiple episodes in four different Star Trek series. 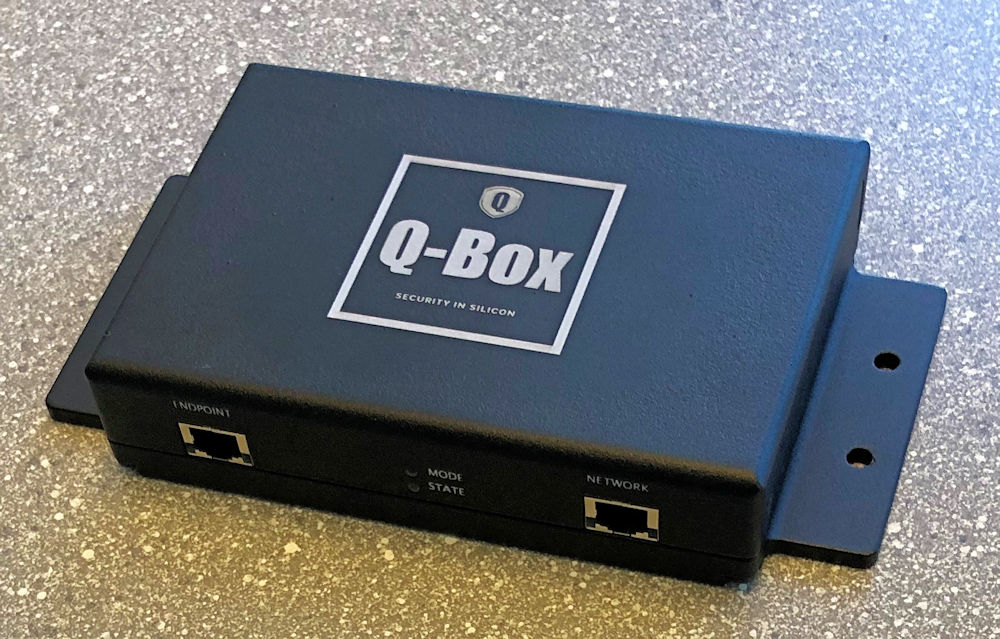 The Q-Box is literally a black box that’s slightly larger than an old 10/100 Ethernet hub but has only two RJ45 Ethernet ports: a “Network” port that connects to the big, bad unprotected network teeming with cyberattacks and hacking attempts from multinational criminals and state actors, and an “Endpoint” port that connects to the network device or network segment that requires protection. Q-Boxes act like “bump-in-the-wire” devices and provide multiple layers of network security, implemented in FPGA-based hardware.

Devices connected by configured Q-Boxes are allowed to communicate with each other, but no other devices can communicate or even see the network devices shielded by Q-Boxes, even when they’re on the same network. Unprotected network devices on the Network side of the Q-Box cannot ping, discover, or otherwise communicate with devices connected to the Endpoint port. The theory is that you simply can’t attack what you can’t see. Therefore, the first Q-Box protection layer is stealth.

The second protection layer is authentication. When you initially configure a Q-Net security network based on Q-Boxes, you define permissions that allow only certain protected devices to interact over the network. The Q-Box simply drops packets received from unprotected network devices or from protected network devices that lack the proper permissions. Only packets from authorized sources get through the Q-Box hardware gauntlet.

The third protection layer is encryption based on AES-256 with symmetric keys. The Q-Box changes keys after every packet or transaction – as frequently as 1 million times per second – using a just-in-time key-generation mechanism. These keys are stored only within the Q-Boxes themselves, so there’s no external key repository to hack. Good luck decrypting a packet stream where every packet is protected with a unique AES-256 key.

Because decrypting a packet stream that has been encrypted with a different key for each packet or transaction is so difficult, Q-Net claims that Q-Box protection is resistant to quantum decryption. In theory, that impressive claim is true. However, we don’t yet have commercial quantum computers, so the jury’s still out on that claim as a practical matter. Nevertheless, it seems clear that the Q-Box provides significantly better network packet security than software-based measures.

You can protect existing computers and devices that use point-to-point network communications simply by inserting a Q-Box between each endpoint and the network. The Q-Box operates independently of the connected endpoint device and has no impact on existing network configurations with the exception of a little added latency. However, because it’s based on an FPGA-based hardware implementation, the Q-Box adds only microseconds to network latency.

However, you don’t need to install one Q-Box per protected device. Each Q-Box can protect as many as 2000 network endpoints by connecting a Q-Box to a network router or switch. If you connect the Q-Box Network port to a WAN router, the protected network segments can be located anywhere in the world. Note that networked devices communicating with each other on the same protected segment are trading packets in the clear and are therefore not protected from each other.

You can use the Q-Box to protect a wide range of networked devices including:

You won’t be using Q-Boxes to protect public-facing equipment such as Web servers that must deal with packets from all sources. Q-Boxes are designed for creating private networks and keeping them private. Packets from unauthorized sources simply disappear into the ether within networks protected by Q-Boxes.

The original Ethernet LAN protocols and the early Internet were developed during more egalitarian times, before anyone realized that billions of people, including armies of people with malicious intent, might have access to every device in global cyberspace. Poisoning a town’s water supply or shutting off the gasoline spigot for millions of people from another continent using nothing more than a laptop computer or mobile phone was the stuff of superspy movies and cyberpunk science fiction back then. Today, it’s frequently headline news.

As a result of our lack of foresight when developing network standards, we’ve spent decades playing an escalating cat-and-mouse game with the bad guys by developing network protocol security patches and other stopgap measures. Every time your PC or laptop gets zapped by a Microsoft Windows update, you can bet that another batch of security patches have been added to your computer. More patches are on the way, guaranteed. It’s all part of the game.

Q-Net’s Q-Box looks like a very interesting way to retrofit existing private networks with very strong security that could have been built into networking protocols but wasn’t. However, a retrofit using Q-Boxes certainly might not be the right way to protect networking equipment being developed today, and we’ll explore this topic in more depth in future EEJournal articles (For example, see Max Maxfield’s “Secure Your Data at Rest, Stupid!”), so please stay tuned.

Meanwhile, I’m wondering how concerned you are about these security challenges to equipment that you’re designing now and preparing to put into the field. Why not leave a comment and let me know? Your ideas might find their way into a future security-related design article.

3 thoughts on “The Bad Guys are Winning in Cyberspace. Here’s One Way to Beat Them”