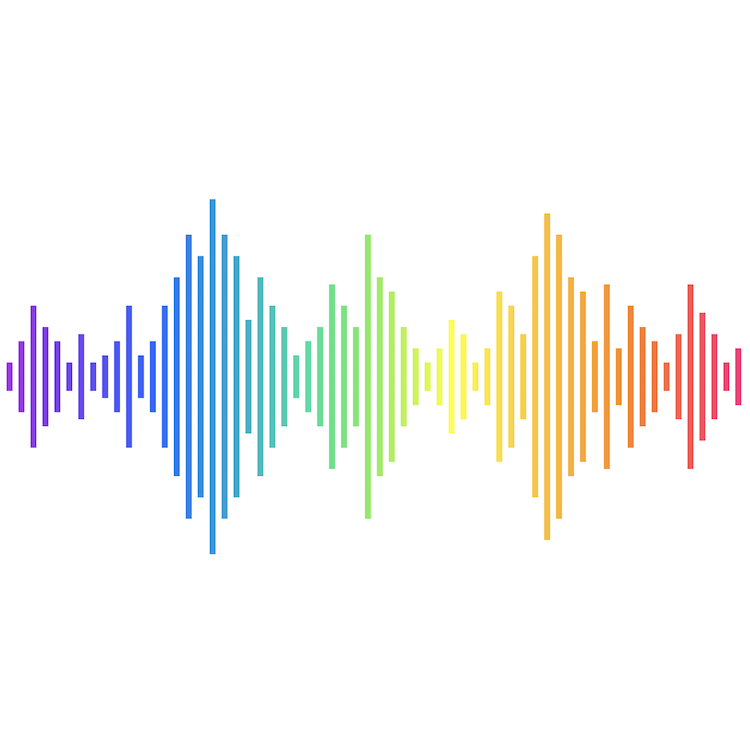 Saying that Tektronix has a new ‘scope is like saying that Toyota has a new car. These are “dog bites man” stories. They all happen with great regularity. Nevertheless, Tektronix has a new ‘scope. Actually, it’s a family of new ‘scopes: the Tektronix 2 Series Mixed signal Oscilloscope (MSO) family. This new MSO family is worthy of discussion for two main reasons. First, the instruments have been designed from the ground up as portable instruments with optional cordless operation using hot-swappable batteries. The product features alone make the 2 Series MSO family worthy of discussion. Second, the 2 Series family is architected around an AMD/Xilinx Zynq UltraScale+ MPSoC, which is something that’s always worth discussing here at EEJournal.com.

Let’s start with an overview of the product. Here’s a photo of the instrument: 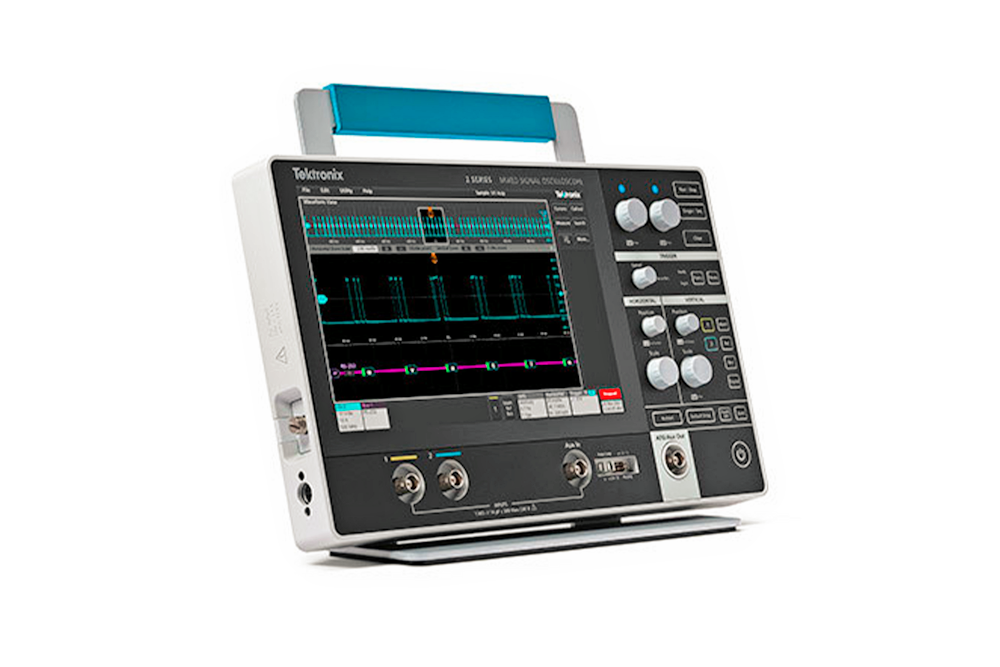 The most striking aspect of the 2 Series MSO’s product design is the form factor. It’s a tablet. The handle you see peeking above the scope is actually part of a sheet-metal mounting frame attached to the back of the instrument. Unbolt this frame and you see threaded inserts designed to take a VESA mount. That’s right, you can treat this instrument like a computer monitor or TV and mount it to any existing, low-cost VESA accessory including articulated arms for desk mounts and wall mounts. For those of us who remember the enormously expensive Tektronix Scope-Mobiles and Tektronix-branded Polaroid ‘scope cameras, the idea of designing an oscilloscope to take advantage of consumer mounting hardware seems like a brilliant idea. For those who don’t remember those prehistoric accessories, the response is more likely to be “whatever.”

The image above shows a version of the 2 Series MSO with two analog input channels. There are 4-channel versions as well. Tektronix offers models with five input bandwidths: 70, 100, 200, 350, and 500 MHz. All 2 Series MSOs ship with the same analog front end (AFE) hardware, which is based on a Tektronix AFE ASIC. Input bandwidth is a software-enabled feature. You pay for the bandwidth that you want. On the plus side, that means you can upgrade a 2 Series MSO in the field by paying a fee and downloading the upgrade. On the minus side, there are some people who will be driven batty knowing that they’re not getting the full performance from the hardware in their instrument.

The 2 Series MSOs digitize the analog input signals with 8-bit resolution at either 1.25 Gsamples/sec (all channels sampled) or 2.5 Gsamples/sec if only half of the MSO’s analog inputs are enabled. That means that the maximum throughput needed to fill the analog sample memory is 5 Gbytes/sec. Sample memory is rated at 10M samples/channel. These numbers will be important later. The 2 Series MSOs also have an option for 16 digital input channels, basically an integrated logic analyzer (but that feature isn’t yet ready), and an optional, 50MHz arbitrary waveform generator that’s implemented in another Tektronix ASIC. Other optional instruments include a 4-bit pattern generator, a 4-digit voltmeter, and a frequency counter. That’s a lot of instrumentation packed into the MSOs’ tablet form factor.

There’s an optional battery backpack that bolts in place of the MSO’s rear cover. The backpack accepts two large lithium-ion batteries so that you can hot-swap the batteries and run the ‘scope on batteries indefinitely. When not running on batteries, an external line-powered supply powers the instrument, much like the power supply for a laptop PC. Because it’s designed to be portable, Tektronix offers a black rubber bumper that slips onto the instrument and protects it from bumps in the field.

I’ve previously written about my preference for knobs on an instrument and Tektronix seems to agree with me because the 2 Series MSO front panel is covered with knobs. The instrument also has a touchscreen, which explains the absence of many smaller knobs and switches normally found on an oscilloscope’s front panel. For example, you switch between dc and ac coupling with the touchscreen. Tektronix included all the latest touchscreen GUI enhancements inspired by widespread consumer smartphone usage including two-finger pinch, expand, click-and-drag, and swiping right. I’m always fascinated by the ways that consumer tech diffuses into industrial equipment, and it makes sense to me that instrument designers should be tapping into the consumer product zeitgeist for their user interfaces. After all, engineers are also consumers. I think this looks like a very nice instrument, all things considered.

I now want to get into the architectural design of the 2 Series MSOs and for that, I need to thank EEVBlog’s Dave “Don’t turn it on; Tear it apart” Jones. Tektronix supplied Jones with a pre-production unit in April, hand-carried to Australia on a plane, and he was able to prepare one of his world-famous teardown videos in time for the product’s day of release on June 7. So although I don’t have a unit to tear apart myself, I have the next best thing. Actually having Jones tear one of these scopes apart is better in some ways because he’s far more aggressive than I would be, so I can see more and often learn more from his teardowns than my own. He also posted high-resolution images of the instrument’s circuit boards, which make my description and analysis easier.

There’s surprisingly little circuitry inside of the 2 Series MSO, considering the instrument’s capabilities. There’s only one circuit board, which was a design goal for this instrument. You can see the four analog front ends under metal shields feeding a pair of high-speed ADCs with National Semiconductor markings, even though Texas Instruments bought National Semiconductor more than a decade ago. You can also see the Tektronix ASIC that implements the arbitrary waveform generator. However, the digital part of the MSO is almost entirely implemented in an AMD/Xilinx XCZU4CG Zynq UltraScale+ MPSoC, which is attached to what appears to be one 64-bit bank of DDR4-2400 SDRAM consisting of four Micron 256Mx16-bit DDR4 memory chips.

The Zynq UltraScale+ MPSoC combines a multicore processing system (PS) with a chunk of programmable logic (PL) to create what amounts to a field-programmable ASIC. Logic circuits implemented on programmable devices aren’t as fast or as dense as an ASIC and consume more power than an equivalent ASIC, but the development cycle for equipment based on these programmable-logic devices is much faster, and you can make changes to the design after the product is shipped. Tektronix has taken advantage of both attributes. According to the EEVblog video that Dave Jones shot with Andy Tedd from Tektronix, the design cycle for the 2 Series MSO family was about two years, and that includes tooling the plastic case parts. In addition, we know from the planned future options that Tektronix will be upgrading these instruments in the field. Using the Zynq UltraScale+ MPSoC will make these upgrades possible.

There are many aspects to this instrument that are worthy of consideration, but I want to discuss one in this article. The aspect I want to discuss is the analog sample capture memory because it represents a big challenge for the design of this system.

At full tilt with all channels enabled, the 2 Series MSO captures 5 Gsamples/sec. Each sample is 8 bits or one byte, so that’s a 5Gbytes/sec data stream that needs to be stored in sample memory. There’s not enough memory on the Zynq UltraScale+ MPSoC to hold a full sample buffer’s worth of memory for all four channels. Four 10Msample memory buffers means that the ‘scope needs 40 Mbytes of sample memory. The XCZU4CG Zynq UltraScale+ MPSoC has 4.5 Mbits of block RAM, 13.5 Mbits of UltraRAM, for a total of 18 Mbits or 2.2 Mbytes of on-chip SRAM. There’s also a fast 256Kbyte on-chip SRAM, but even with this SRAM, there still isn’t enough on-chip RAM to hold the analog channel samples by a factor of 20.

The only other RAM on the 2 Series MSO’s main (and only) circuit board is the 2 Gbytes of DDR4-2400 SDRAM, so that’s where the analog sample memory must reside. However, this one bank of memory must be shared with the code executing on four processor cores in the Zynq MPSoC’s PS, the video buffer refreshing the large 1280×800-pixel display, and various other memory demands that arise from general operation of the instrument. The Zynq MPSoC architecture includes a unique DDR memory controller that arbitrates memory access to all the on-chip resources including the PS and PL through multiple AXI ports. Programming this memory controller is key to getting performance from an instrument like the Tektronix 2 Series MSO.

I’m not going to get into this topic too deeply here, but I do note that Dave Jones created another video specifically about the 2 Series MSO’s update rate. He observed that the ‘scope’s update rate consisted of bursts of capture memory updates at 18.8K waveforms/sec, with large gaps between the bursts. The reason this number is significant is because the update rate controls the ‘scope’s ability to capture infrequent events. No events are being captured during the dead times between updates, so if the event of interest occurs during that dead time, the ‘scope won’t capture it.

As Jones notes, other low-end digital ‘scopes have higher update rates than the 2 Series MSO. Some have much higher update rates. But because the Tektronix 2 Series MSO architecture is based on a programmable-logic device, it’s possible to revisit this aspect of the instrument’s design if it proves to be a sales problem. Thanks to programmable logic, today’s problems can often be solved tomorrow – literally. Also keep in mind that Jones received a pre-production copy of the 2 Series MSO. His instrument may not truly reflect the performance of the released product. Tomorrow may have arrived already.