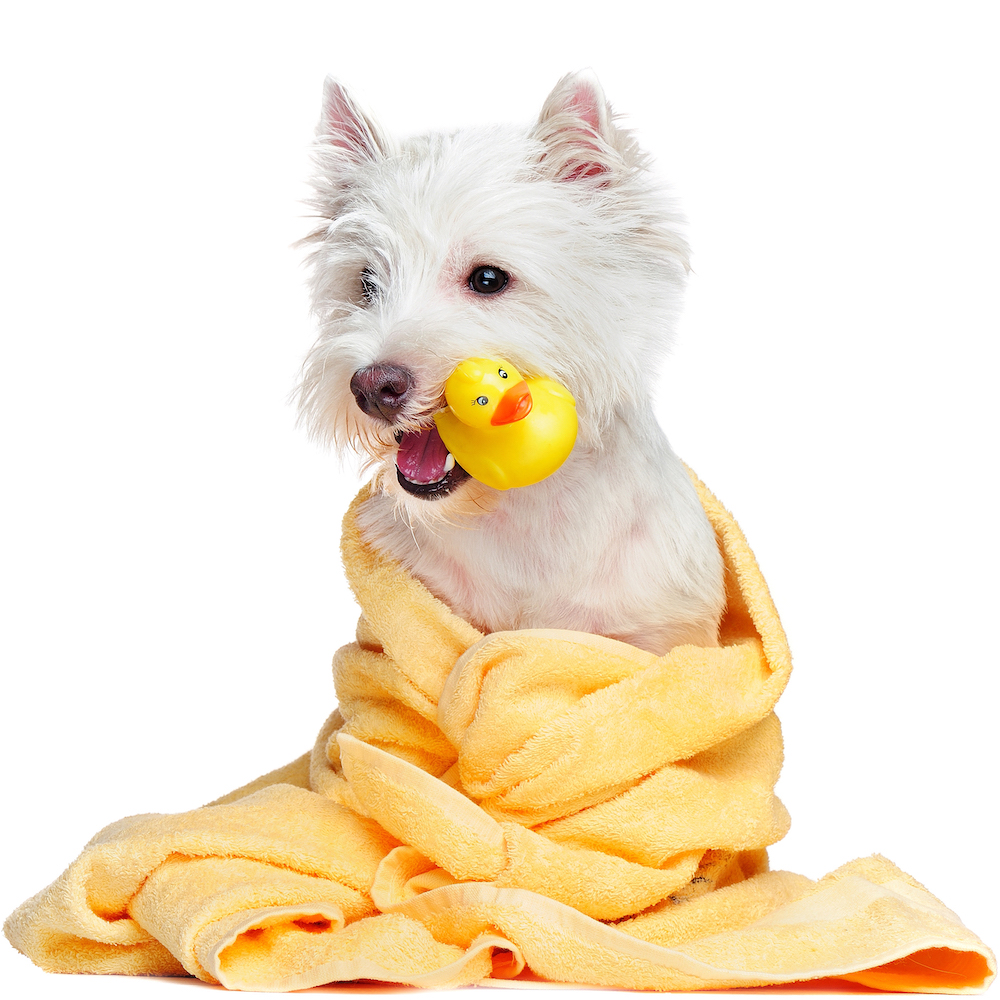 Tools and Assets from Mindtech
by Bryon Moyer

We’ve spent a lot of time looking at AI training and AI inference and the architectures and processes used for each of those. Where the AI task involves images, we’ve blithely referred to the need for training sets; that’s easy, right?

And the behemoths like Google and Facebook have oodles of images and videos (videos being collections of frames, each of which is an image), thanks to the free stuff willingly served up by unsuspecting users (including images now and 10 years ago to help improve aging algorithms). That will easily give those guys an edge in AI so that they can, at no cost, once and for all, eliminate all competition for anything ever. Right?

Harder than it Looks

Well… maybe not quite right… for any of those. Even with the last one, the fact that they have images is a benefit, but there’s still a ton of work to do. According to Mindtech, there are six big challenges with assembling a training set of images.

So… what’s the answer? Is this just a tough problem that’s part of the AI reality? Not according to Mindtech. With their Chameleon tools, they provide a capability for creating synthetic images that will be suitable for training. Does this mean you can punt entirely on the real images? Well, that’s not necessarily what they’re recommending. They see synthetic images as a complement to real images, but in a way that can significantly bulk up a training set with less – but definitely not no – work.

To understand what they do, we need to define a few terms that, for them, have very specific meanings. You start by obtaining what they call “assets”: models of… things. Buildings, people, cars, lightpoles, animals – pretty much anything. You’re going to use these in a simulation. 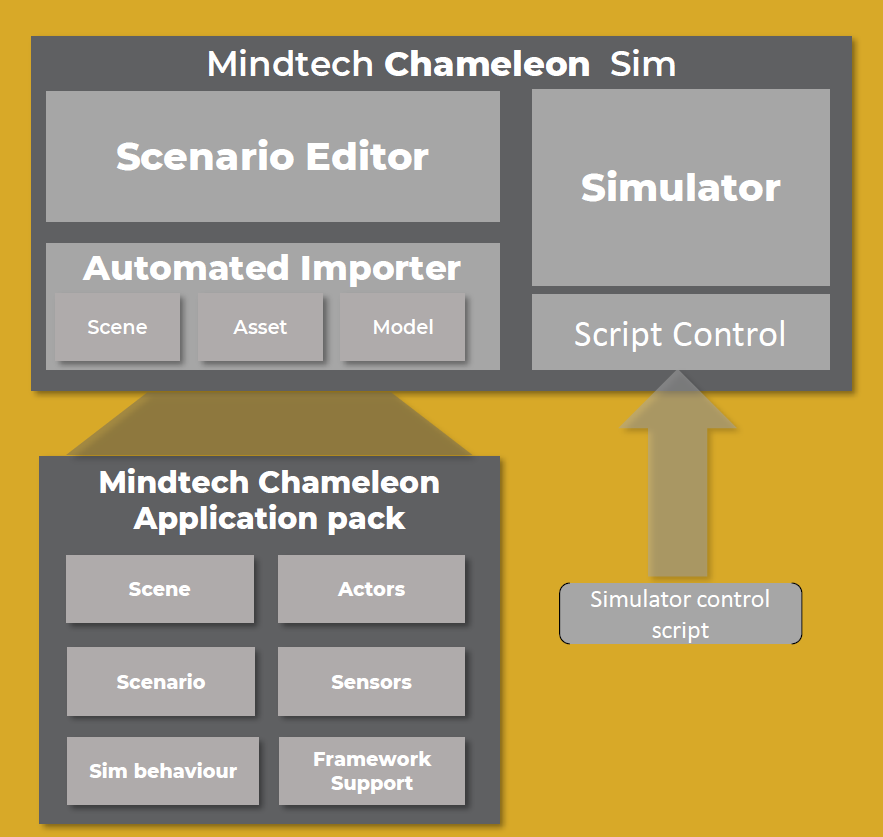 You start by creating a “scene”: this is, if you will, the background or the locus of activity in the simulation. The scene is built out of assets, but it’s static. Next, you select “actors” from the assets. These are elements that will do something. You might have a child that runs into the road. There might be a ball that bounces across the road. There might be a car parked along the side of the road that suddenly opens its door in front of a driver. Yeah, lots of these are automotive. They’re not restricted to automotive, but it’s a hot field these days, and it’s easy to visualize.

Once you have the scene and actors placed, then you create a “scenario”: this is where the actors perform some specified act. Because the assets include behaviors, you can have them “do” something. For instance, that car parked along the side of the road can open the driver-side door into the roadway. If it’s a really good model, you’ll even see the interior of the car once it’s been opened (useful for an algorithm that’s supposed to do this in the real world).

Finally, you establish some initial conditions that can be automatically implemented. You may set the time of day (for varying the illumination); you can assign a geographic location; you can set the weather. Once you have this, you run a simulation. That simulation executes the behaviors in a synthetic video. Because all of the assets are explicitly placed and operated, the simulator can identify where everything is within each frame and annotate it accordingly. 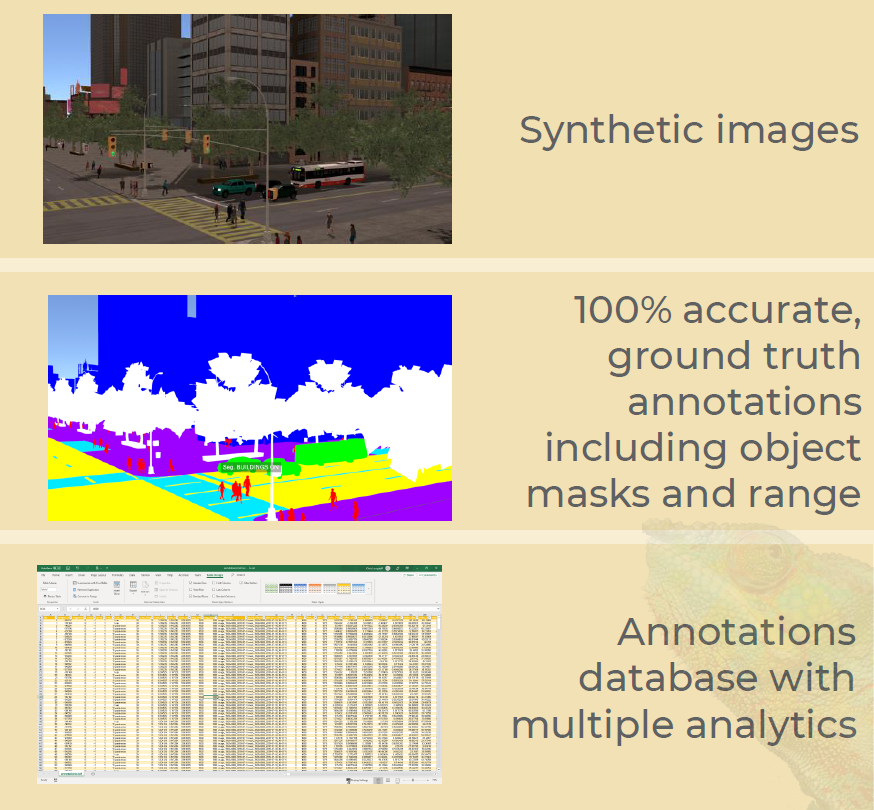 All of this takes some time to do. Creating assets – 3D models of things – is also time-consuming, although these may already be available from Mindtech or a partner. But you get leverage from the time spent. Mindtech ran the following numbers: “… for one basic scene, with 5 different scenarios, each being replayed with ten different times of day and four different weather settings, you get 200 variations. Capture 1000 images from each variation and you get 200k images from that single simulation run. If you place multiple cameras, that number is multiplied up again.”

These synthetic images can then be merged with real images to improve the training data set. Together, training proceeds as normal. Reporting helps to assess the quality of the set, including bias. It’s up to the person creating the scenario to add diversity so as to reduce bias, but Mindtech suggests that it’s easier to do synthetically than it would be to create real-world images with little bias. I have this niggling feeling that, the more images you generate from a single scene, the more the collection is biased to that scene, so you probably need to generate lots of scenes to keep that from happening.

It’s important to note that the data below was not generated by Mindtech; it’s from a paper unrelated to their specific product (see the attribution note). Their goal was to show, from independent work, that using synthetic images is a legitimate way to improve accuracy. 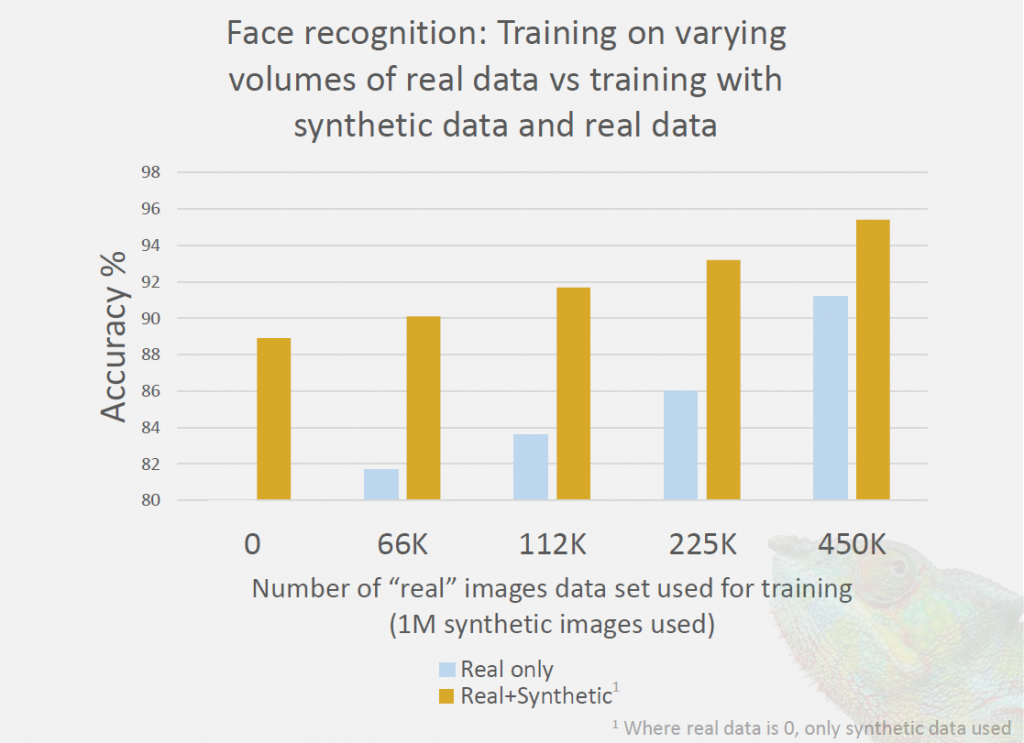 Meanwhile, they compared automobile and pedestrian detection using only an industry benchmark set (KITTI*) versus supplementing with synthetic images created from their Highwai pack of assets. They didn’t specify the number of images, but over half of them were synthetic. Car detection improved by 6.9%; pedestrian detection by 8.4%. 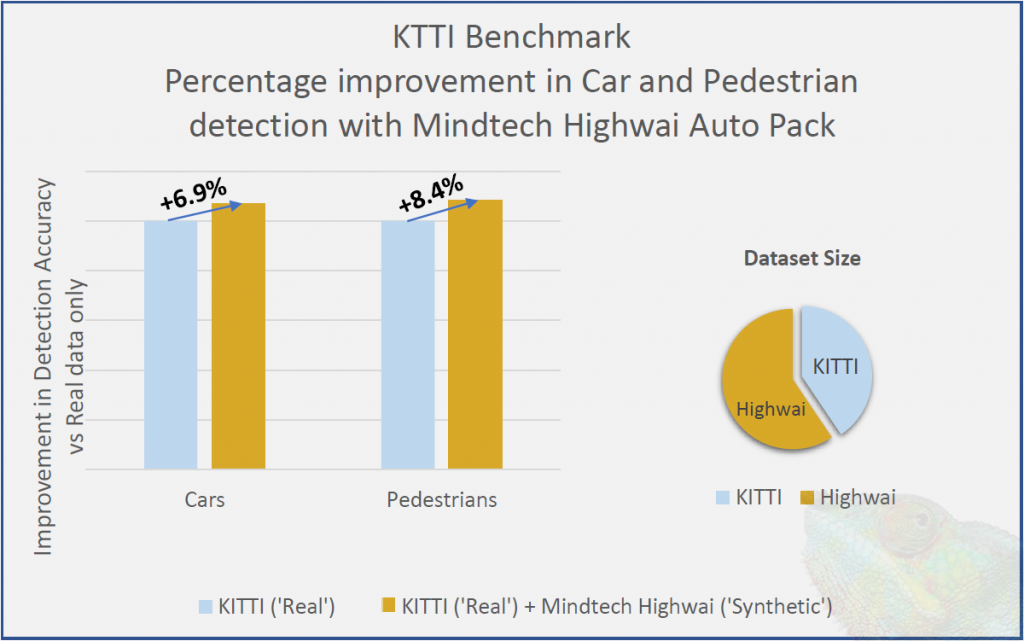 I’m going to take it on faith that the quality of results will be a function of the quality of the assets. If people are drawn as stick figures and trees as lollipops, then it’s probably not going to be helpful.  A wide variety of realistic images and complex scenes and scenarios takes more time to create, but you get a better bang for that buck than trying to find, get permission to use, and annotate images that cover all of the possibilities that you can get by rolling your own.

*KITTI is a combination of KIT – Karlsruhe Institute of Technology – and TTI – Toyota Technological Institute.

One thought on “Synthetic Images for AI Training”