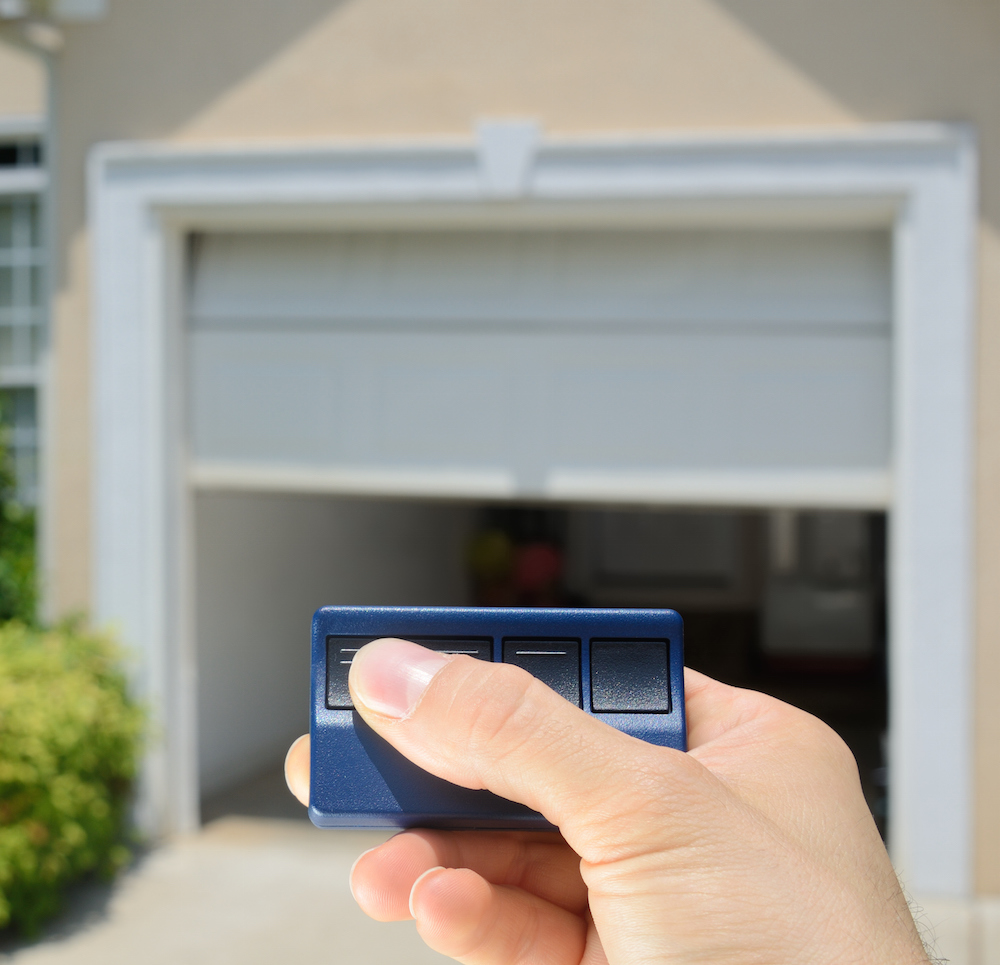 All That Effort, Only to be Tripped Up by a Stupid Switch
by Jim Turley

Ah, yes. The old “make versus buy” decision. For months, I’ve been thinking I’d like to have a gizmo that would (a) tell me if my garage door were open, and (b) allow me to close it remotely. Turns out, that’s a popular request. A bunch of companies make exactly that.

My needs were so basic that I was tempted to build one myself. How hard can it be? Grab a cheap development board (Arduino, Raspberry Pi, Beagle Board, whatever), hook up a few sensors, bang out a few lines of code… it’ll be fun!

Alas, time and responsibilities intruded. Besides, a quick Google search turned up at least six different companies that already make the thing I’m looking for, and a deeper dive into maker sites and discussion groups turned up even more. Now I was awash in possibilities. And, with prices mostly in the $50–$100 range, it just didn’t seem worthwhile to build my own. Amazon could deliver one in two days, which is a lot faster than I could do the work. And they come with a warranty, which my homebrew version clearly wouldn’t have. Besides, debugging wireless stacks, debouncing switches, and decoding various garage-door security protocols just isn’t as much fun as it sounds.

My needs were dead simple: just one binary input (door open/closed) and one binary output (close door). Oh, and a smartphone app for remote monitoring/operation would be nice. All the units I looked at covered those bases with ease. Most had all sorts of additional features that I didn’t necessarily want. So, let’s order the cheapest one!

Whoa up there, partner. The nerd in me wanted to know, how do these things work, exactly? Am I just buying someone else’s Arduino project? (Not that that’s a bad thing. I’m still saving time, even if I’m not acquiring exotic technology.) How did all these different companies solve essentially the same problem? It’s interesting to look at different approaches. What hardware and software differences are there, and which features (if any) are worth the extra money?

Turns out, of the eight different devices I found, only one would actually work for me. The others all had a fatal flaw that would’ve rendered them DOA. They weren’t bad designs – some were pretty clever, in fact – but if I’d bought any one of them they would’ve been shipped back almost immediately.

So, what’s this killer feature? A magnetic switch.

Most of the garage-door gizmos use some sort of gravity sensor to tell whether your door is opened or closed. One company uses a mercury switch. Another uses a reed switch. Still another company uses a proximity switch. Sometimes the switch is connected to the base unit with a long pair of wires. Other times, it’s a wireless connection. Wireless door sensors need a battery to operate, which means you have to replace the battery periodically. On the other hand, wired sensors don’t need a battery, but you do have to string a lot of wire between your door sensor and the base unit, and do it in such a way that the wire doesn’t get tangled or snagged whenever the door moves. Simple stuff, but I can just imagine the tech-support calls these people must get from low-skilled DIY installers who snap the wire the first time they shut their garage door.

One particularly clever design uses a “laser” (probably just an IR LED) pointed at a reflective sticker that you affix to the inside of your garage door. I gave them bonus points for originality – “frickin’ laser beams!” – but a deeper search suggested that this setup was overly sensitive to misalignment or ambient light. Reluctantly, I decided against that one.
Getting back to the more mundane gravity-switch solutions, they all mount to your door, pointing upwards. When the sensor’s pointing skywards, it indicates that your garage door is closed. When it’s lying sideways, that means that it’s open.

See the problem yet?

All of these designs, save one, assume that you have a sectional roll-up garage door or a solid flip-up door. That’s why a mercury switch, reed switch, or accelerometer works just fine. But what if your doors swing outwards. Like, you know, doors?
None of the gravity-based sensors would work for me. My doors don’t flip up. Ever. I tried to conjure up a mechanical fix to this problem, involving Rube Goldberg-esque pivots and weights and lever arms that tip the sensor over when the door moves. But why? Why not just buy the one unit that uses a magnetic switch?

That turned out to be the deal-maker. It wasn’t the cheapest unit, nor (thankfully) was it the most expensive. It didn’t have the coolest smartphone app. It didn’t come with the longest warranty. And it controls only one door, whereas some could do two or even three doors at once. (“Honey, we need a bigger garage. I’ve got unused channels on the garage-door app!”) The lowly magnetic switch was the one feature – the only feature – that made it workable for me. Apart from that detail, the competing brands were all more or less interchangeable.

My takeaway from all this was that the designers of that gadget probably didn’t choose a magnetic switch for that reason. They probably just picked it because it was cheap, plentiful, and easy to source. Magnetic switches aren’t particularly finicky to work with, so any of a dozen different vendors could probably supply them with equivalent parts. Just pick the cheapest one and go. The designers might have thought about using mercury switches instead, but maybe they decided they were too expensive or too fragile. But my hunch is that the decision to use a magnetic switch came down to a coin-toss, nothing more. And yet, it turned out to be the single most important aspect of the entire product, at least for this one sale.
All that work developing Wi-Fi protocol stacks. All that effort in testing compatibility with various brands and models of garage door openers. All that time developing iOS and Android apps, and getting them approved and into their respective market channels. Hours of high-voltage safety testing, and security probing, and basic code debugging. All the time spent dealing with flaky push technology. All of that “real work” in developing this product, and the purchase decision came down to the choice of sensor, a feature that’s not even described anywhere in the glossy literature.

“Don’t solve problems; pursue opportunities,” said management guru Peter Drucker. That’s great advice if you’re an entrepreneur, and most big-time electronics do fall into the latter category. Video games, smartphones, and 4K TVs don’t solve any problems, but we want them anyway. But some products do solve a problem, and often a very specific one. And when that’s the case, we as designers need to be sure that (a) we really understand the problem that we’re solving, and (b) we’re genuinely solving it, not just replacing it with another problem. Seven out of eight competing gizmos thought that they’d solved the problem, but their solution addressed only a subset of potential users. Maybe that was a conscious marketing decision, but I’m guessing that it was unintentional. The developers all had roll-up garage doors. Their friends and neighbors all had roll-up garage doors. Problem solved! Let’s get to work on that app!