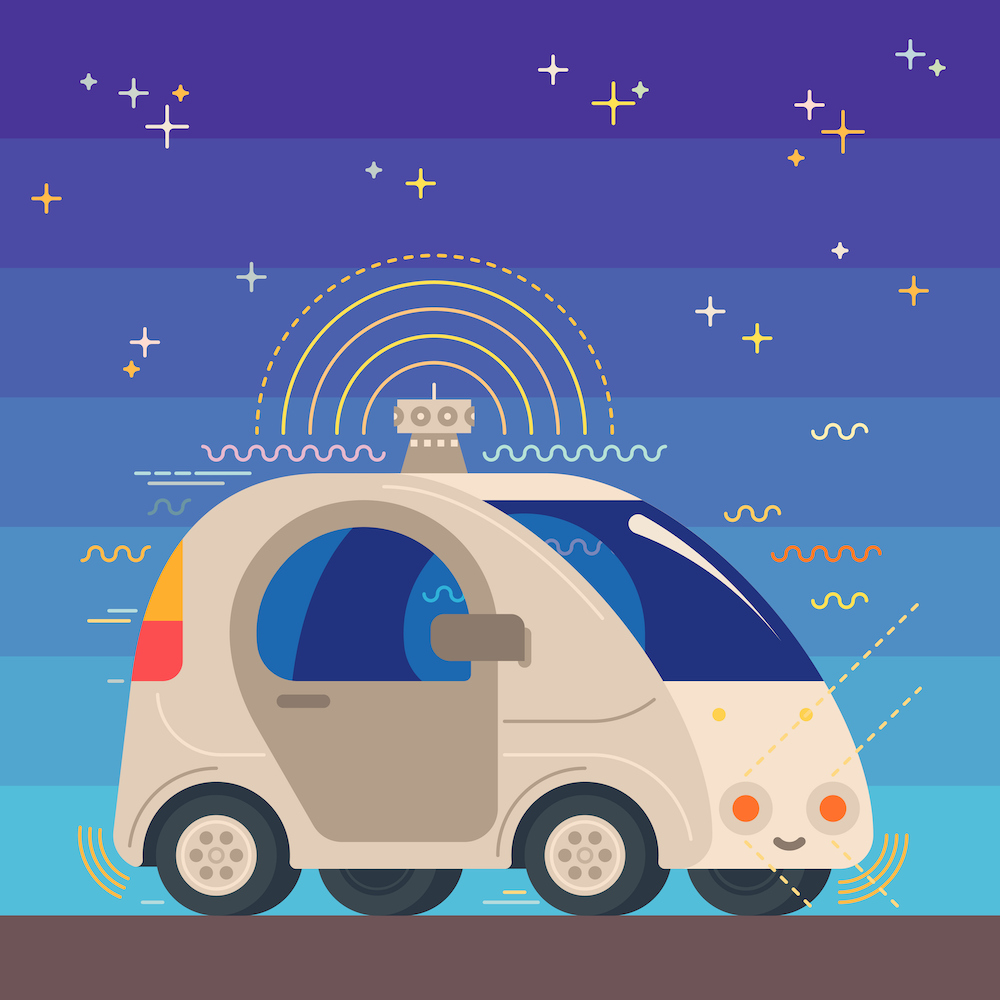 “A man with a watch always knows the time. A man with two is never certain” – anonymous

They say you should never go camping without a compass, but don’t ever go with two. Either pack one compass or three, but not two. Because if they ever differ, which one will you believe?

Aceinna follows a similar strategy with its automotive IMU (inertial measurement unit). It packs three independent arrays of 6-axis sensors in one package, so there’s always a fallback, and a fallback to the fallback. As you might suspect, it’s intended for high-reliability and safety-critical systems, specifically those in automotive navigation.

Anything automotive has to be hi-rel, and never more so than now, with everyone scrambling to produce autonomous vehicles. Along with all the cameras, lidar, radar, GPS, V2X communication, and whatever other sensor arrays your next car will have, it’ll also have a number of humble accelerometers. They’re there to supplement the car’s spatial awareness. GPS is fine for relatively coarse-grained navigation, and cameras provide real-time awareness of surroundings, but inertial navigation is finer, more precise, and nearly foolproof. When the GPS signal fails and the cameras are blinded by oncoming headlights, the IMU will still be there to guide you.

This becomes particularly important for something called “safe stop,” an industry term for failsafe autonomy. It’s the opposite of the Blue Screen of Death. If your autonomous vehicle suffers a failure, how do you safely “reboot” it without endangering the occupants, other nearby vehicles, and the surroundings at large? Logically, you’d want to stop the vehicle. But, practically speaking, that’s hard to do.

Slamming on the brakes is the simple answer, but the wrong one. A panic stop in the middle of the freeway can cause more problems (and accidents) than it solves. Or, if the car is on a curved road when things go south, it should continue around the curve. The general idea is to keep the car in its lane, slow it gradually to a halt, and maybe turn on the emergency flashers, all without scaring the surrounding drivers, endangering shrubbery, or knocking over mailboxes. Like many engineering problems, the corner cases are the tough ones.

Aceinna (“ah-SEE-nah”) has a long history with automotive sensors, even though the company itself is only about 18 months old. On paper, it’s a new company formed from segments of MEMSIC and Crossbow. In a practical sense, Aceinna is well established and has 150 employees in Boston, San Jose, Chicago, and China. They’ve sold a zillion (approximately) sensors into automotive, farming, and construction applications over the years.

The company’s newest OpenIMU330B is a little module measuring just 15mm at its broadest point, and it includes the aforementioned triple-redundant 6-axis inertial sensors. Why six? Because you’ve got MEMS accelerometers for X, Y, and Z motion and three more MEMS gyros for X, Y, and Z rotation. With those six inputs, you can resolve any conceivable type of Newtonian motion. In short, the module can guide you anywhere you want for as long as you like.

Having three redundant arrays of said sensors means you can (a) combine the inputs from all three sensor arrays to increase accuracy, and (b) keep on working if one set happens to fail. MEMS sensors are pretty darn reliable, but, unlike semiconductor transistors, they do have moving parts. Anything that moves can stop moving, so a backup is a good idea. And we already know that having one backup is a bad idea; you really need two backups in order to tell which sensor has failed and which ones are still working.

Today’s airbags already employ accelerometers and/or gyros, and they also usually have a backup or two for reliability. But that’s a relatively low-performance application. An airbag’s impact sensors don’t have to be particularly sensitive or quick. It takes a big impact to trigger an airbag, and that’s an easy (and cheap) task for a MEMS sensor. Even modern stability-control systems use fairly low-rate sensors to detect unwanted yaw (i.e., lurid oversteer) to help bring the car back into line.

But autonomous driving is something else entirely. Inertial navigation requires finer accuracy and quicker updates, and Aceinna believes its unit has the performance needed for automated driving, freeway super-cruise, self-parking, and other high-precision tasks. The module has its own ARM Cortex-M4 processor running OpenIMU, Aceinna’s open-source software stack for navigational tasks. Data comes off the module in the form of SPI or UART interfaces.

Automakers have traditionally been very conservative, not to say slow, when it comes to adopting new technology. That’s changing, and while Toyota may not be quite as nimble as Apple, automotive technology is accelerating. Sensors and the systems to control them are now standard equipment, with much, much more on the way. Like the early days of personal computers, there are a hundred different companies innovating in a hundred different ways. It will all come together in the end. We just don’t know how yet.