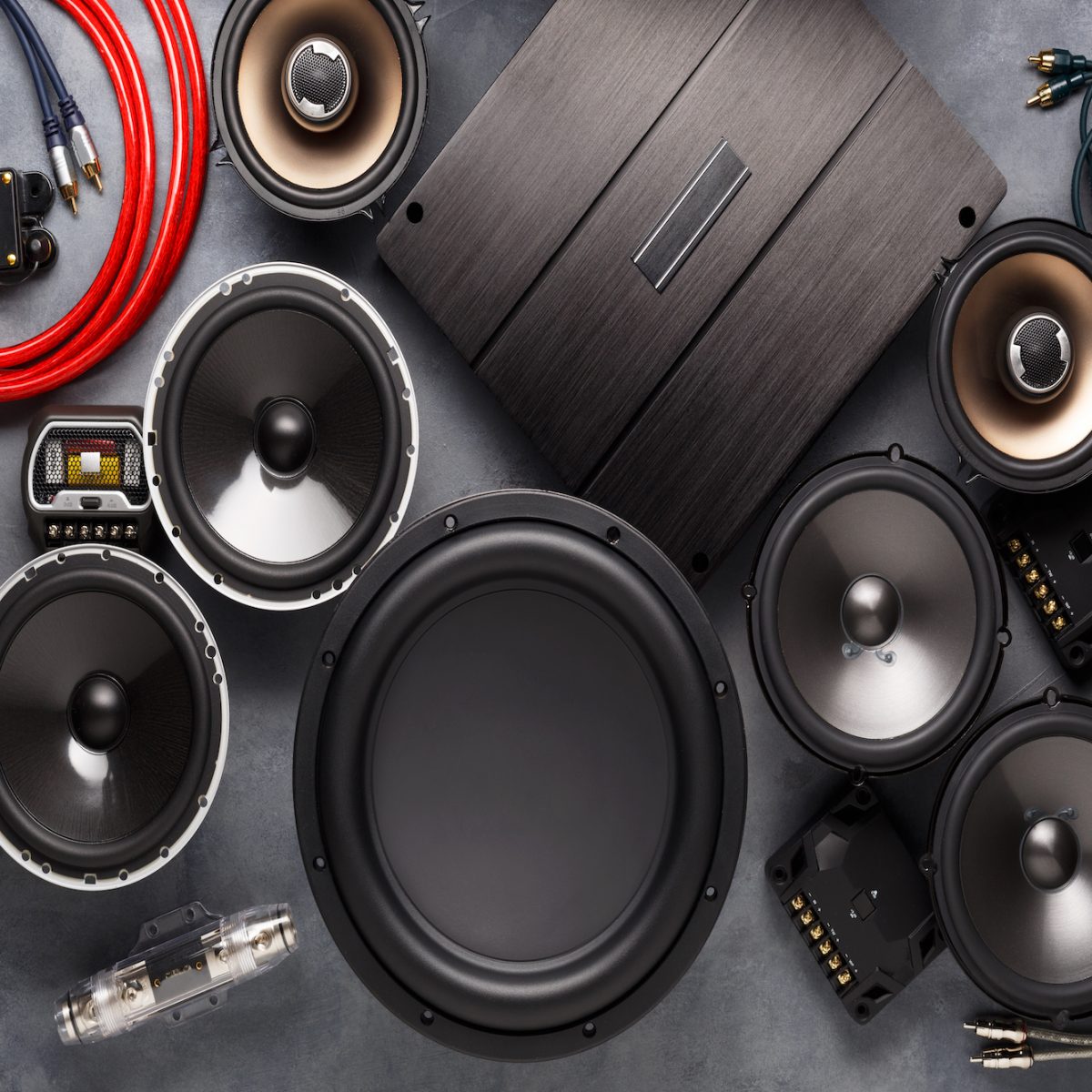 There’s something about MEMS that seems almost magical, like tiny machines forged by elves. We think nothing of a 7nm CMOS die with billions of transistors, but a wee electromechanical accelerometer with moving parts seems otherworldly.

So, it’s no small feat when a startup company produces a tiny MEMS speaker, suitable for your next set of AirPods, hearing aid, or Bluetooth headset. We’ve had MEMS microphones for a while, but MEMS speakers are rare. Maybe even unique, depending on who you ask.

The startup company in question is xMEMS, based in Silicon Valley and staffed by two-dozen refugees from InvenSense, Knowles (a MEMS microphone company), and UltraChip. They’ve produced a thin rectangular loudspeaker (the term seems exceptionally misapplied here) that measures about 6×8 mm and is less than a millimeter thick. It’s designed to go all the places that tiny speakers go now, which is mostly into “hearables” and consumer electronics that, like the Babel Fish, go directly into your ear.

What’s unique about xMEMS’s approach is that its speaker is built entirely in a semiconductor fab. That sounds obvious, but the company is quick to point out that other MEMS speakers are really just actuators that still require manual assembly of a movable membrane over the top. That extra step adds time, cost, and variability, whereas xMEMS’s device rolls off the fab line complete and ready to go. xMEMS has engineered a semiconductor membrane over the MEMS actuator and doesn’t require any extra steps.

According to the company, that means its speakers are as uniform and consistent as any digital circuit, so they all have identical audio characteristics. Conventional mini-speakers have some variability, so consumer companies (the good ones, anyway) will try to match pairs that have similar audio profiles.

xMEMS says its speaker – they call it Montara – can reproduce the entire audible spectrum, from 20Hz to 20KHz, with THD (total harmonic distortion) of about 0.5%. The frequency response isn’t flat; they never are. But it’s pretty flat, at about 110 dB SPL (sound pressure level), with some peaks but no valleys. Peaks are relatively easy for digital filters or DSP algorithms to squash; it’s a lot harder to boost a weak frequency without introducing unwanted artifacts.

Tiny speakers have a tough time reproducing bass frequencies. They just don’t move enough air. But enclosed products like earphones and hearing aids get around that by using a tuned resonant chamber. For something like headphones that aren’t sealed, Montara makes a dandy tweeter when paired with a more massive bass speaker. 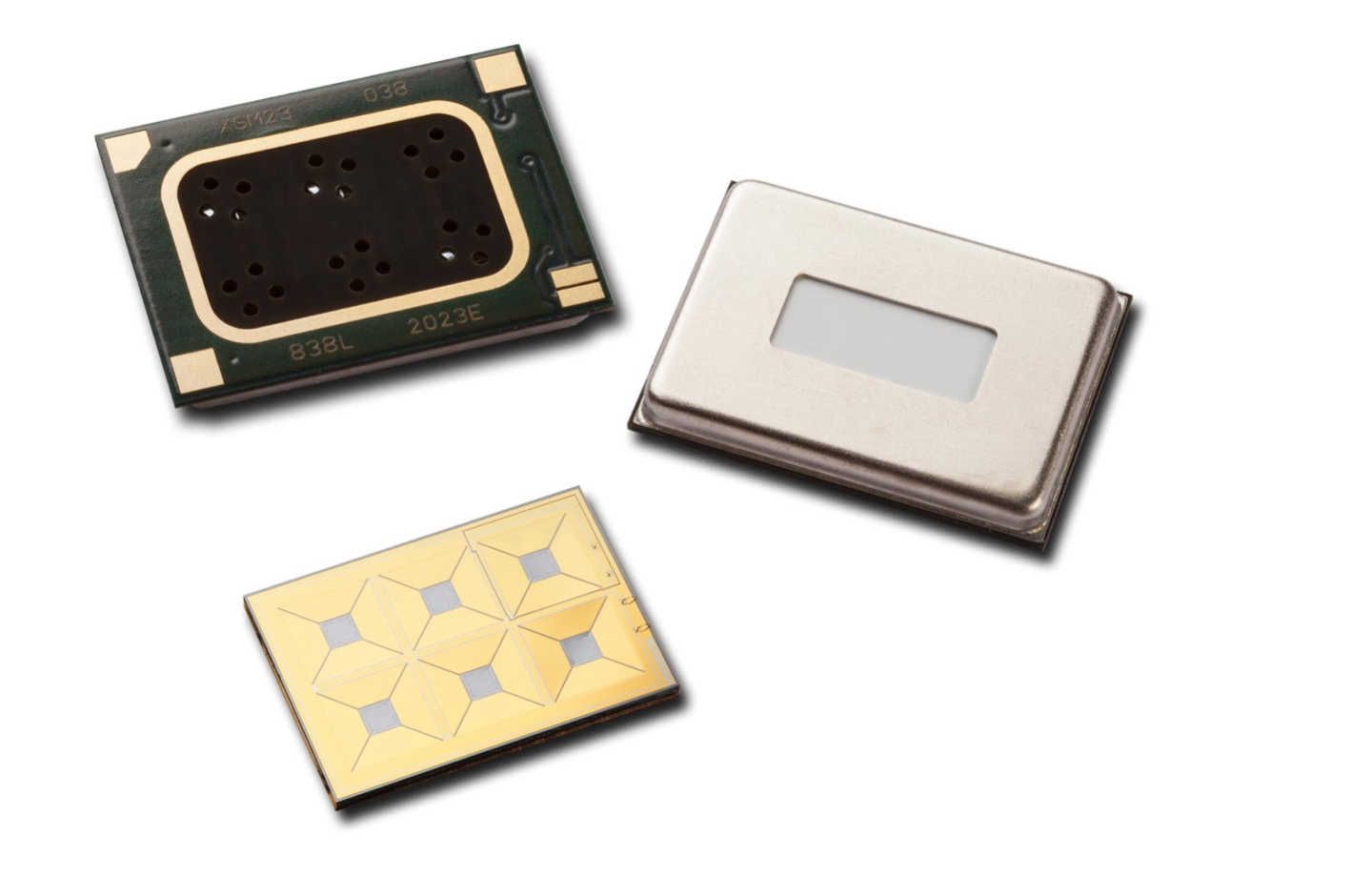 Speakers have been around for a century – why switch to MEMS? Conventional speakers use voice coils, basically wire-wound electromagnets that move a paper cone. That’s fine, but it’s labor-intensive to produce, the resulting product is bulky and fragile, and the interface is two skinny wires. Miniature voice coils like those in most headphones use the same technology but smaller. Switching to a MEMS actuator, like USound’s Ganymede, makes the speaker more component-like, so it’s easier to surface mount. An all-MEMS approach like Montara means the whole speaker can go through reflow, is more immune to shock and vibration, and (the company says) produces more consistent audio that doesn’t need tuning.

A more modern advantage of MEMS speakers over voice coils is their response rate. They’re faster. While that’s irrelevant for reproducing music – even the most jaded audiophile won’t complain that his music is arriving 2 microseconds late – it does make a difference in closed-loop active noise cancellation. The less mass your speaker is moving, and the quicker it can move it, the more time you’ve got to process incoming sound and output its opposite phase-shifted version. Reduced latency buys you more processing time, simpler algorithms, cheaper components, and/or better results.

The one possible downside of MEMS speakers is that they require different analog drivers compared to voice coils. Appropriate driver chips aren’t hard to find, nor are they expensive, but they’re different, so you can’t simply swap out a voice-coil speaker for a MEMS alternative and leave everything else alone. The interface is still analog either way, but Montara is voltage-driven, not current-sensitive.

Montara should be sampling right about now, with mass production in Q2 of next year, and consumer products after that. Pricing should be “in line with” the alternatives, but the company isn’t giving out specifics.

Because the design of Montara is modular, xMEMS hints that it could easily be scaled up or down. Its current six-cell design is merely a convenience. It’s the right package size for current consumer goods, and it pushes enough atmospheric volume for reasonable loudness. Bigger versions with more cells might grow to fit larger consumer items, like TVs.

A voice-coil speaker is just a microphone in reverse. Are MEMS speakers also reversible? Could Montara be a microphone if you hooked it up backwards? Actually, yes, but xMEMS isn’t much interested in pursuing the MEMS microphone market. That territory is already well-served by other vendors, so there’s little to be gained on that front. MEMS speakers, on the other hand, are due for a revolution. Or at least, that’s what xMEMS and its investors believe.

Maybe MEMS speakers really are magic. I remember explaining to a relative how MP3 audio files work. She was amazed that sound could be encoded as numbers. Personally, I thought that part was trivially easy. To me, the unbelievable part was that a cone made of paper could reproduce the sound of a trumpet, a piano, and a singer – all at once. It still seems impossible. Now, we don’t even need the paper cone. It’s silicon all the way down.