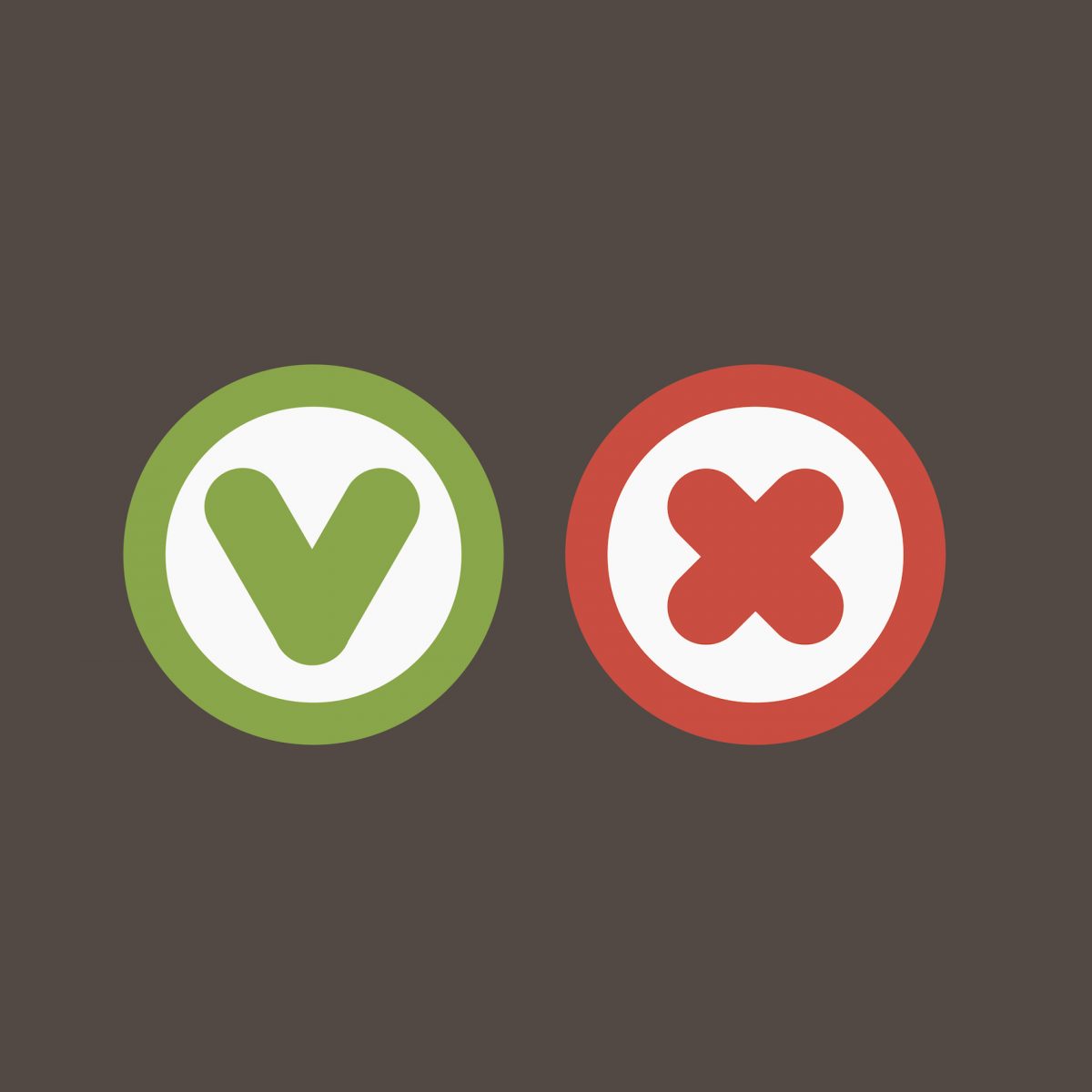 SiFive Aims to Change the World

Call me a skeptic.

There are lots of microprocessor architectures in the world. Maybe too many. There are even plenty of free and open-source processor options. Processors are like opinions: everybody has one. So why is RISC-V any different? What makes anyone think that RISC-V will be The Next Big Thing?

I’m not sure. Maybe I just haven’t caught the fever. But I do know that a lot of smart people are betting on it. They’re sure that this time, things will be different.

Chief among them is the newly appointed CEO of SiFive, Dr. Naveed Sherwani, PhD. (He’s so new, in fact, that his name doesn’t even appear on the company’s website.) Sherwani is nothing if not enthusiastic, waxing lyrical about “democratizing hardware” and “opportunities for startups” and extolling the virtues of simplicity, quick turnarounds, and new business models. The man’s a corporate evangelist – a true believer. All for a processor design that other people are giving away.

SiFive has been called “the Red Hat of hardware,” and not without reason. Like Linux, the RISC-V processor specification is open-sourced, free, and available for anyone to use. So how do you make money distributing a free product? By customizing it, supporting it, and helping other people commercialize it. You don’t sell the product, per se, because you’re not allowed to. You sell the path that allows other people to make money. You’re an enabler.

In the case of SiFive, their strategy if twofold. First, the company designs its own RISC-V processor implementations and licenses them as IP. Second, it’s an ASIC-design firm. Want to fabricate your first (or your second, or your third…) custom RISC-V chip? Need quick turnaround and don’t have a huge budget? SiFive is the design house for you.

The company specializes in RISC-V–based ASICs, obviously, and they won’t even talk to you unless you’re going to use one of their CPU implementations in your chip. Then they’ll help you integrate that with outside IP. SiFive doesn’t have a lot of in-house IP yet (no peripherals, memory controllers, or network engines – not so much as a UART, in fact), but they’re negotiating with third-party IP firms to expand their meagre portfolio. What they do have is a flexible on-chip bus called TileLink that can bridge the gap between their RISC-V processor and AHB or AXI, and from there to somebody else’s peripherals.

“Quick and dirty” is often used pejoratively (except by mud wrestlers), but at SiFive it’s practically in the company mission statement. Their intent is to be quicker, cheaper, and simpler than other ASIC houses, and they accomplish this by being… well… quick and dirty.

Want a different processor than RISC-V? You can’t. Want to choose the package? You’ve got a couple of choices. Want to pick your fabrication technology? Too bad. SiFive believes that too much choice can be a bad thing, and it streamlines its hardware options to just a very few. The message is, “We’re good at what we do, and we don’t try to do anything else.”

The company also believes that the processor itself is an enabling technology. RISC-V is so much faster than ARM’s Cortex series – so they say – that SiFive’s designers can afford to be sloppy with physical layout, thus producing a functional chip in record time. Physical layout is hard work, and it results in only marginal improvements in speed, circuit density, and power efficiency. Why over-optimize for those things when you can get most of the benefits with automated tools? It’s the old Pareto principle (the 80/20 rule) at work, producing a “minimum viable product” with the least amount of effort.

If RISC-V weren’t so fast, efficient, and simple, Sherwani says, the company couldn’t offer its ASIC services so cheaply, nor could they turn around customer designs so quickly. The fact that RISC-V is royalty-free is just a bonus.

So why will RISC-V “democratize” hardware when so many other freely available processors have consistently failed to do so? Surely saving a few pennies on royalty payments to ARM or MIPS won’t make the difference, or we’d be awash in OpenSPARC, LEON, ZPU, low-end x86, or Amber-based chips. Processors are still expensive; reducing the royalty to zero doesn’t make them free. And processors are just one of many components in the average product. You still need DRAM, batteries, power components, peripheral chips, user interfaces, and so forth.

Then there’s the cost of software development. Spending hours to develop “free” software for a “free” processor might be a colossal waste of time if the equivalent code for a more popular chip could be licensed for a few hundred dollars. The same argument applies to support: How many hours might a developer waste in tracking down problems on an open support forum, versus simply calling the vendor? On the other hand, most “real” commercial processor vendors crowd-source their own tech support the same way, so for many this one is a wash.

Sherwani disagrees. The royalties add up, especially when you’re talking about a lot of products in a big country. India, he says, has adopted RISC-V as its “national microprocessor,” encouraging universities and research entities to use RISC-V over royalty-bearing alternatives. India has a lot of people and potentially a lot of devices, he points out, so CPU royalties could spiral into the billions of dollars. By seeding development with a freer alternative, the country as a whole stands to save a lot of money.

From little acorns do mighty oak trees grow. No, wait, that’s ARM (formerly Acorn RISC Machines). Every CPU architecture started out small at some point, and making a new one freely available can only add to its popularity. If RISC-V can bootstrap itself into relevance, if it can achieve critical mass, maybe it can become The Next Big Thing. We’ll see.

Comparisons to open-source software are inevitable, and equating SiFive to Red Hat isn’t entirely crazy. You can make money selling a free product. But the danger is in taking those comparisons too far. Creating software really is free. Anyone can do it in their spare time. It costs nothing, it requires no expensive tools, and it can be distributed at no cost. Linux, MySQL, Apache, php, Android, and hundreds of other useful (and almost necessary) programs are entirely free to use, even though they represent zillions of man-hours of labor. Facebook and Twitter are free to use, too, and they certainly support large corporations. Broadcast television is free. You just need a compatible receiver and a tolerance for 30-second advertisements (or a TiVo box).

But “open-source hardware” isn’t really a thing. It’s physical and tangible, and it costs money to ship, store, and operate. You can design free processors all you want, but you can’t fabricate a single one without some expensive hardware. And the costs scale proportionately with volume, unlike with software. Making a thousand processors costs you about a thousand times more than making your first one.

SiFive has a foot in both worlds. It’s a software company, making and licensing its RISC-V IP. The company collects an up-front license fee, but there are no royalties after that. (The company’s complete license agreement is available online, here.)

But it’s also a hardware-and-services company, assisting ASIC customers with their RISC-V design, integration, layout, and fabrication. Like most ASIC firms, they collect NRE (nonrecurring engineering) fees up front, followed by per-unit piece prices. (Don’t call it a royalty.) What SiFive doesn’t offer is standard products. They don’t want to be in the fabless chip business. That’s their customers’ territory.

Plenty of firms besides Red Hat have built profitable and sustainable businesses around “free” software. And there are plenty of successful ASIC houses. And microprocessor vendors. And IP licensors (but fewer of those all the time…). There’s no reason SiFive can’t build itself up into a major player. Maybe the RISC-V processor architecture will be key to that success, or maybe it will wind up being an historical footnote, just something the company did in the early days that turned out to be a sideline. Either way, they’re hiring. So if you share Dr. Sherwani’s enthusiasm, now’s your chance.

8 thoughts on “SiFive Aims to Change the World”