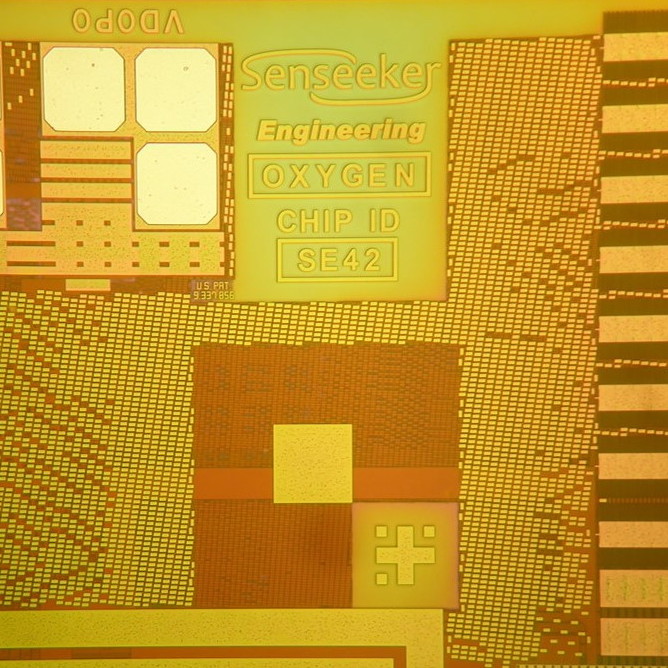 I’m afraid that I don’t know as much about imaging sensors as I would like. I was just about to say that I don’t really come into contact with these little rascals much in my daily life, but then I realized that — in reality — I’m surrounded by the little scamps.

For example, in addition to its backwards pointing camera to aid in reversing, my car has a dual-camera assembly in the front providing binocular vision for use with lane departure detection and automatic braking in emergencies. Looking around my office, I see my Nikon D3300 digital camera with its 24.2 megapixel CMOS sensor, the two cameras in my iPhone 6, two more cameras in my iPad Pro tablet, the camera in my laptop computer, and the webcam sitting on the top of my main monitor.

I know this seems like overkill on the computer front, but I brought my tablet and laptop into the office this morning to set them up with my new WiFiWall Traveler security system. This is so cool — it’s just 65 x 45 x 12 mm (approximately 2.5 x 1.75 x 0.75 inches) — but it packs a punch. Once you’ve told it the MAC addresses of your devices (it can handle up to five simultaneously), you slip it in your pocket or backpack and carry it around with you.

Actually, let’s take a step back. When we visit a coffee shop, or we’re on the road in an airport or hotel, and we want to use their Wi-Fi, we know that it’s unsecure. That’s why most of us use a virtual private network (VPN). Sad to relate, while a VPN does a reasonable job on layer 4 and higher of the Open Systems Interconnection (OSI) model, it really doesn’t do as much as one might hope in the case of Wi-Fi. In fact, layers 2 and 3 aren’t covered at all. Even worse, although VPN encrypts our data, it doesn’t touch the control and management frames, which leaves us exposed to the elements on a cold, wet, gusty day, as it were. The way this was described to me is that it’s like equipping your house with a state-of-the-art security system but then leaving the basement door wide open.

What the WiFiWall Traveler does is to continuously monitor every wireless network in the vicinity and to constantly “sniff” every packet zipping back and forth through the ether. In particular, it focuses on any packets originating from or heading to any of your designated devices. If the WiFiWall Traveler detects anything untoward, such as a rogue access point, an evil twin access point, a connection hijack, or a man-in-the-middle attack, then it will immediately instruct your device to kill its Wi-Fi connection, thereby frustrating the attack and protecting your data and your device.

In the case of imaging sensors, I always used to think that these were square or rectangular in nature; a couple of years ago, however, I discovered this to not necessarily be the case. My chum Adam Taylor, who founded Adiuvo Engineering and Training, used to be Chief Engineer, Electrical Systems, at the UK imaging company e2v, which was subsequently acquired by Teledyne and is now known as Teledyne e2v.

I was chatting with Adam shortly after the New Horizons space probe zipped past Pluto on 14 July 2015. Adam informed me that the team of which he was in charge at that time had designed two of the imaging sensors used in New Horizons, and also the sensors used in the Rosetta space probe, which performed the first successful landing on a comet in November 2014.

I ended up chatting to some of the guys who worked on the New Horizons sensors. They told me that one was indeed a “fairly standard” 1024×1024 pixel by 12-bits-per-pixel monochromatic CCD imager, which was used in the Long-Range Reconnaissance Imager (LORRI) system. However, the custom imager used in the Ralph telescope — the one that took the pictures that had us all sitting on the edge of our seats and gasping in awe — was a horse of a different color, as it were. 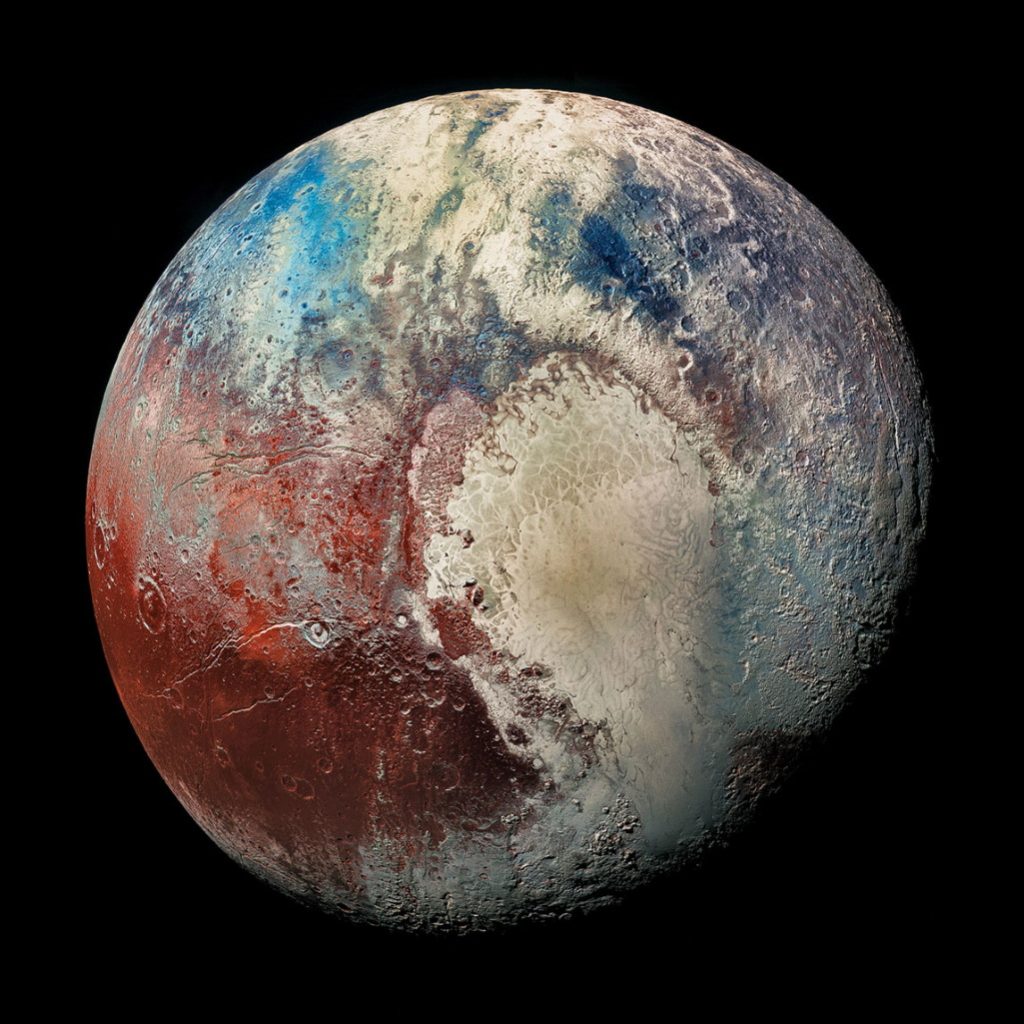 This was a “tall and thin” multispectral imager that was 5K pixels tall by some number of lines wide, where these lines included two panchromatic (black and white) lines that are sensitive to all wavelengths of visible light and two visible light color lines (red and blue, from which green can be inferred when used in conjunction with the panchromatic data). There were also two lines that were sensitive to infrared, and one line that was used to detect methane (I have no idea how that worked).

Now, it would be amazing enough if New Horizons had been stationary so all the computer had to do was take a vertical scan, move the sensor (or a mirror) a little and take a new vertical scan, and repeat over and over until it had enough vertical scans to form the picture.  In reality, of course, the space probe was travelling at 26,700 mph (43,000 km/h) as it passed Pluto and its moons (Charon, Nix, Hydra, Kerberos, and Styx). Remembering that Pluto itself is only 1,474 miles (2,372 kilometers) in diameter, and that — after its decade-long journey — New Horizons had travelled 3.26 billion miles (5.25 billion kilometers) across our solar system, the fact that the sensors and image processing systems worked so well was an absolute triumph of human ingenuity and engineering prowess.

But, once again, that’s not what I wanted to talk about…

The point of this column (What? Yes, of course there’s a point!) is that I was just chatting with my chum Ross Bannatyne, who is Director of Business Development at Senseeker Engineering. (Don’t let the “business” part of his title put you off — Ross has also held engineering positions on his travels through Motorola, Silicon Labs, Renesas, NXP, and VORAGO.)

Ross informed me that the folks at Senseeker have just announced the off-the-shelf availability of a very advanced, very flexible Digital Read Out IC (DROIC) called the Oxygen RD0092. Ross says that this is the world’s first DROIC that integrates dual-band functionality with an 8 µm pixel pitch, where “dual-band” means that it can support different wavebands of infrared radiation simultaneously, such as both short wave IR (SWIR) and mid wave IR (MWIR). This approach, which is known as “2-color” in the trade, allows a clearer picture of the target to be constructed by differentiating the target image from the background through spectral differences in the wavebands. 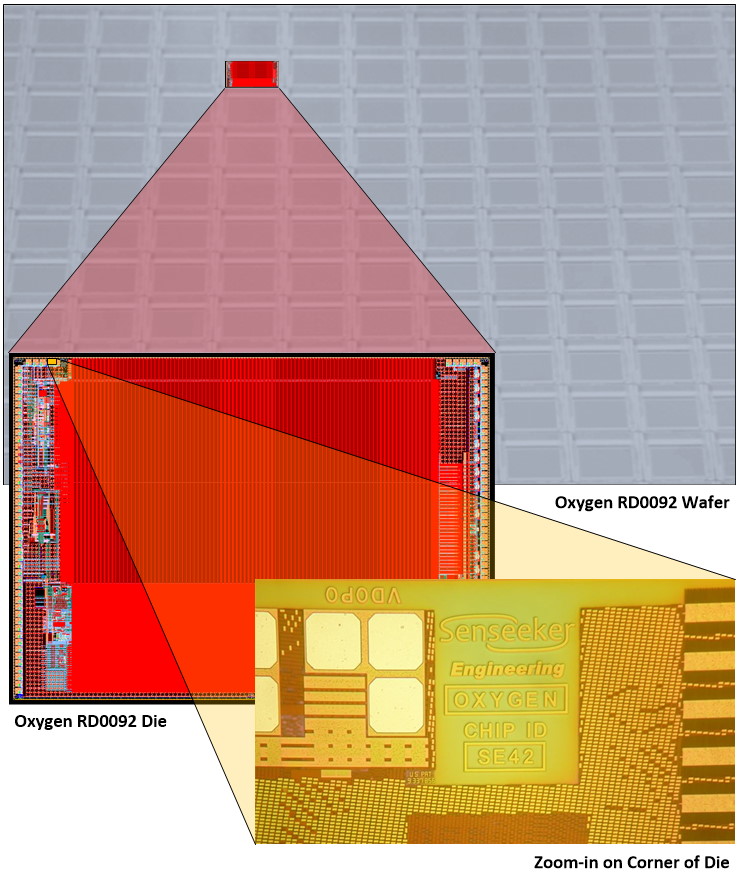 To be honest, I wasn’t initially impressed by this news. I guess I’d sort of assumed that infrared image sensors were generally available off-the-shelf, but this turns out not to be the case, especially when your target is a high-end scientific or military application.

Thanks to Ross, I now know that almost all advanced DROICs are custom designs that typically take many months (they can take in excess of a year) to complete. This makes it time-consuming and expensive for an infrared system developer to do research and development without easy access to a state-of-the-art DROIC.

In the case of the Oxygen RD0092 DROIC, a full 1,280 x 720 pixel array is implemented on a single die. This is a popular standard video frame size that simplifies system design. Furthermore, the back-end electronics that are required to interface to DROICs are notoriously complex and expensive. Senseeker has addressed this by creating an efficient interface on the IC and by providing a DROIC evaluation board and PC software. The evaluation board connects to the PC using a USB cable and a Camera Link cable (for use with industrial cameras using the Camera Link specification). The only other thing that is required to get up-and-running is a commercial frame grabber capture card for the PC.

Now, this is where things really start to get clever, because the Oxygen RD0092 DROIC supports a full frame rate of 500 fps. Although this sounded fast to me, it turns out that it’s not fast enough when it comes to things like tracking a missile streaking across the sky. Thus, for applications like infrared search-and-track systems, a global shutter mode and windowing capability enables an unlimited number of 32 x 32 windows at over 8000 fps that can be used to detect and track multiple objects in real-time.

But wait, there’s more, because when it comes to things like explosions, a typical sensor can saturate, which means that all you see is the flare of the explosion and not the huge chunk of debris that’s hurling your way. To address this, Oxygen RD0092 DROIC supports a high dynamic range mode that runs two integration times simultaneously on a pixel-by-pixel checkerboard pattern, thereby expanding the sensor’s dynamic range over 110 dB.

I’m informed that you can change operating modes or window sizes on the fly, and toggle detector polarity or checkerboard integration pattern between frames, all of which can be accomplished by flipping just a few bits.

There’s a lot more to all of this than I’ve gone into here, not least that the Oxygen RD0092 DROIC is only part of the system. The DROIC has to be coupled with a detector IC to create a hybrid focal plane array (FPA). In turn, the FPA has to be combined with optics, cryogenics, and processing electronics to create the full-up infrared camera system.

The main thing is that the developers of such a system no longer have to create their own custom DROIC, but can instead use the Oxygen RD0092, which is available off the shelf and shipping now.

Even if you aren’t involved in this area, hopefully you will have found this brief introduction to be of interest. On the other hand, if you are involved in designing specialist infrared camera systems, I hope that you are currently (a) performing your happy dance and (b) reaching out to the folks at Senseeker to learn more (just email Ross at ross@senseeker.com and tell him “Max says Hi”).

One thought on “Sensors, Space Probes, and Wi-Fi Cybersecurity, Oh My!”