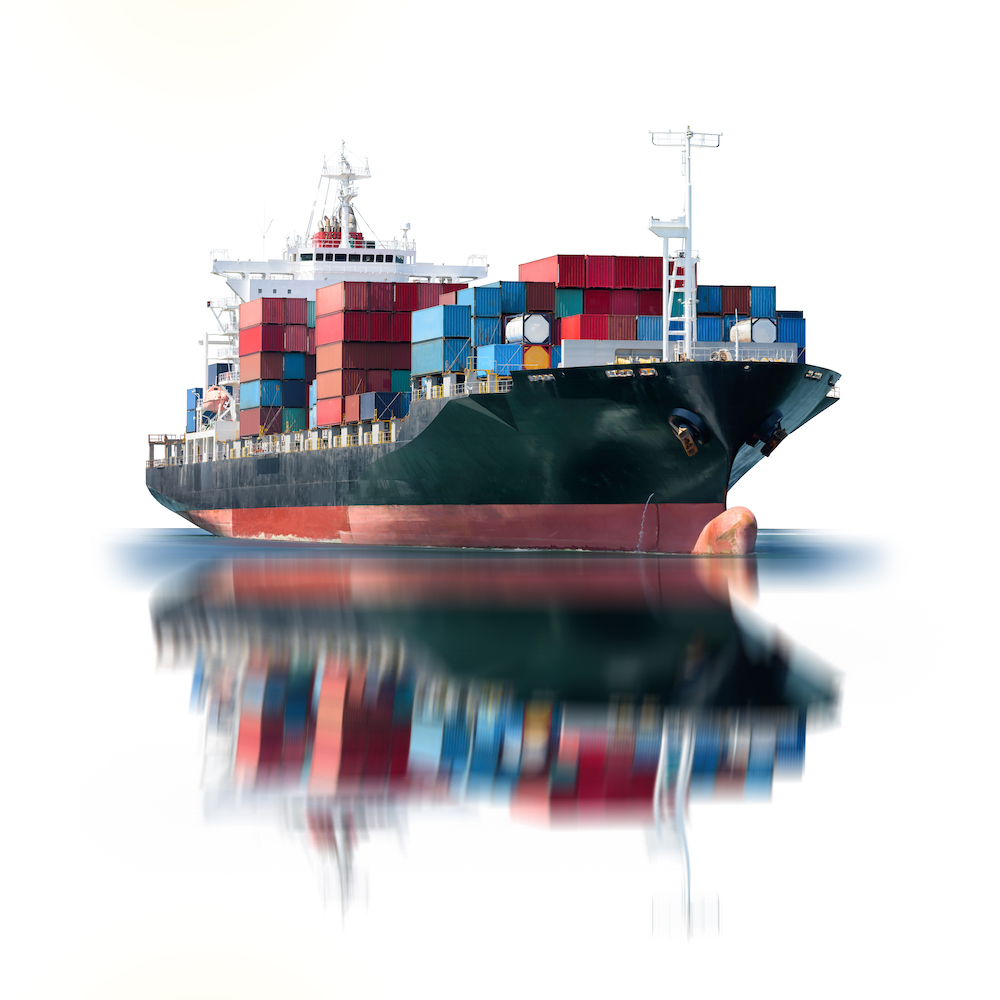 Enormous quantities of goods are moving across the ocean at any given time. Standardized containers have revolutionized shipping, and so, today, anyone within sight of a major shipping port will be accustomed to ships loaded with containers as well as massive stacks of containers nearby on land. Those containers have a single opening; that opening is closed with two doors – one on each side – that meet in the middle of the opening. 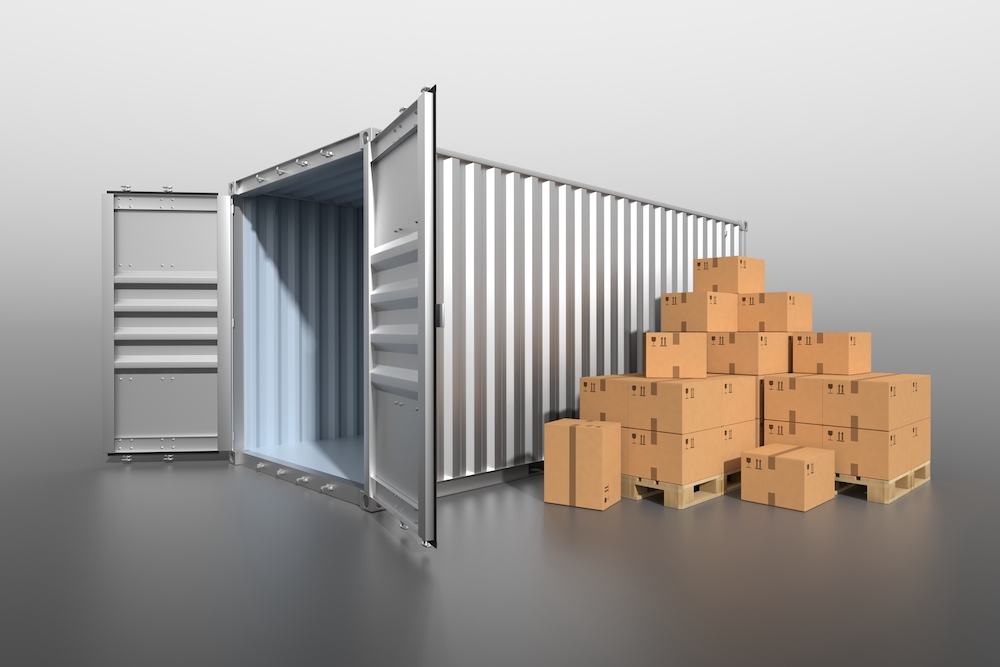 Here’s the problem: in transit, stuff goes missing or is lost. It could be by accident, it could be by theft, or it could be by a combination of events. You might take a simplistic view and say, “Well, I handed you the goods and you didn’t deliver them, so you, the shipping company, are responsible for the loss.”

Unfortunately, life ain’t that simple. That shipping process may involve trucks and/or rail at either end; it involves workers from each of the shipping modes; and events may occur anywhere along the way. According to Eye-Seal, as many as 12 parties may be involved – each of which has its own insurance. We all know that insurance is all about collecting premiums and hoping not to have to pay claims, so if there is a loss, there’s going to be a scramble to decide which of the many insurance policies must pay out.

How to figure that out?

Even detecting pilferage can be hard. You might find that, say, 10% of the contents of a container were siphoned off. Not enough to be obvious and set off alarm bells when it happens, but, over time, enough for the thieves to make money and to become a drain on the victims.

There are sensors that can monitor events and report them by communication to a monitoring service, so that’s a start. But there’s a catch here: containers are metal. Classic physics says that electronic signals can’t escape from inside a metal Faraday cage. And so the sensors – or at least an antenna – must be placed outside the box. Which is definitely better than nothing, but it does leave some questions unanswered.

For example, the sensors/antennas can be damaged or removed. But, if that happened and then material went missing, are those two things part of the same event? Did the thieves first disable the sensor and then take the goods? Or did vandals do some mischief on the sensor in one place, and then someone else took advantage of the situation elsewhere?

So, an updated version of the problem we’re trying to solve is that the currently available means of answering the who/when/where question aren’t ironclad – they can be disabled or gamed, or even fail by accident (if, for example, an antenna gets knocked off during handling). Is there a way to tighten down the system without violating the laws of physics?
Everything Inside

Eye-Seal says that they have come up with exactly such a solution – and it’s one that would seem not to be possible, except that, well, it apparently is. It’s an all-internal monitor that communicates with the cloud. Yes, entirely internal. Not external, not internal sensor with external antenna – all internal.

What they have is a box that mounts just inside the container where the two doors meet near the top. There are two proximity sensors, one on each of the doors. If either of the doors opens, that event will be reported (including identification of which door). The system has been tuned to account for the normal slight movement that occurs as the box is transferred or bobs on the ocean so that you don’t end up with false alerts. 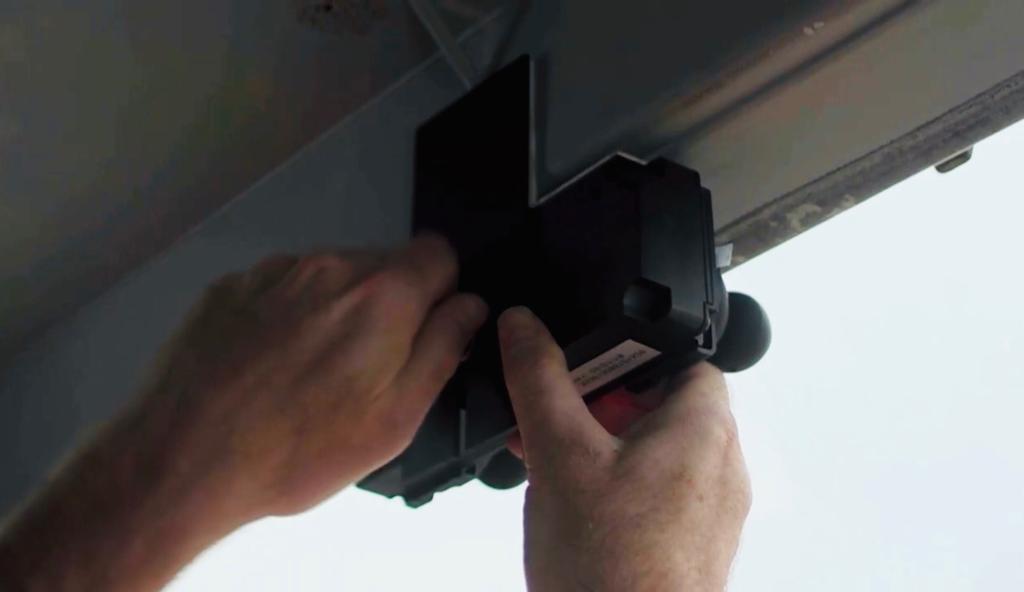 There’s also a light sensor that detects a change in light (effective when and where it’s lighter outside than inside). All of these events are reported to the cloud in real time – assuming there’s a connection.

That whole connection thing is where Telit comes in. Telit is Eye-Seal’s partner in getting the data from the box to the cloud. Because of the international transit, we’re not talking simply about a cell connection to one provider. The connections at any point may involve any of a number of different providers in different countries. With Telit, they have one system that will work in 190 different countries, giving them the communications flexibility they need.

But there’s still that one nagging question: if this solution is 100% internal to the box, then how do they get the data out of the box and into the cloud? I’d love to give you the secret, but I don’t have it. Eye-Seal says that they’ve made it work – but they’re not saying how. They obviously don’t want to lose that competitive edge.

Another question arises from the fact that these boxes spend a lot of time on the ocean, far from any cell towers. What if an event occurs at sea? Some systems talk to satellites, but that requires extra transmit power as well as an antenna at the top of the container stack. Eye-Seal handles that differently: the sensor goes dark when out of range, logging the information and then reporting in bulk once a connection is reached. If something is lost at sea, then there will be the evidence that a box checked in before going out of range and then never checked back in after the crossing. That in itself is information.

The monitoring unit is provisioned for a single run. Users pull a tab to register the unit and start the voyage; pre-payment covers one crossing, including communication costs, and lasts for 120 days. At the end of the trip, the unit can be either recycled (or discarded – frankly, the most likely scenario) or refurbished for another trip.

As an additional bonus on the unit, there’s an environmental sensor that tracks temperature and humidity. This doesn’t help with the insurance forensics, but it can help to alert folks if contents have experienced conditions that might have degraded their quality. Big items might be tagged for this individually, but bulk materials that can’t be tagged can benefit the most. These are also the materials that are most vulnerable to being skimmed. 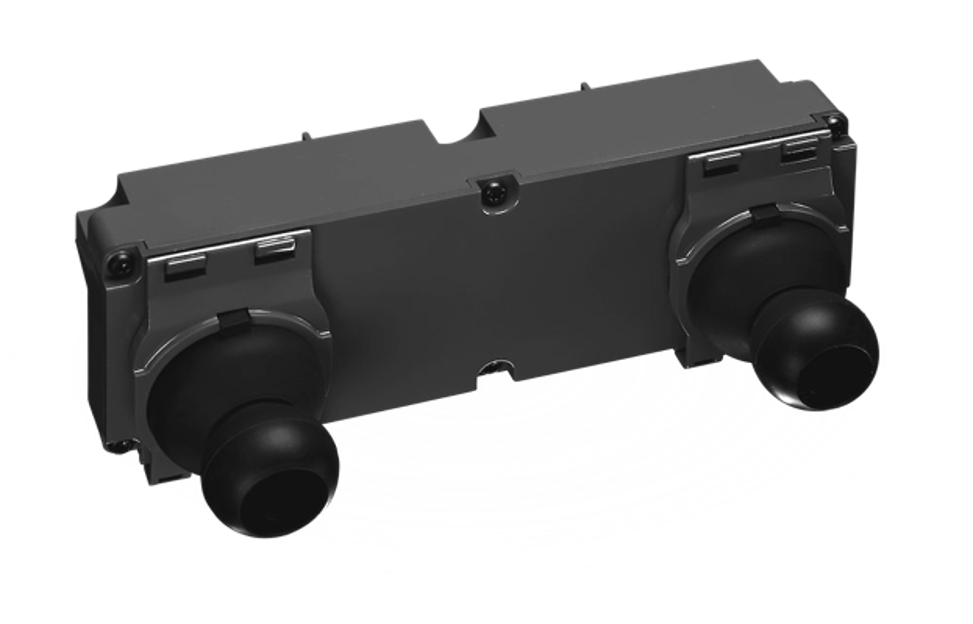 With this solution, Eye-Seal claims to have tightened down the forensic monitors that help to determine who’s responsible for an insurance payout. Or, in the case of fraud, whether a payout is even warranted. One of the major keys to this is, of course, however it is that they’ve managed to avoid the restrictions of Mr. Faraday’s cage. They’re banking on the combination of their IoT technology and their business model, which they say costs about half that of the competition. The hope is that, with losses better understood, insurance premiums will go down. Those savings would be the ROI for the cost of using the sensors.

3 thoughts on “Sensor for Shipping-Container Forensics”