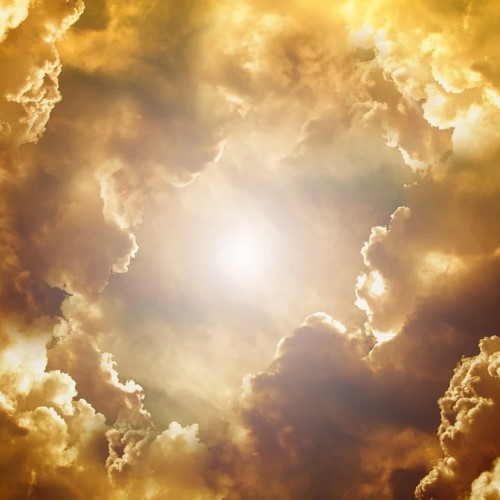 I love computers (but only in a manly-man way, you understand). I’m not talking about the end-products that sit on our desks, hang out in our pockets, or lurk around us as we meander our way through the world, although I’m certainly fond of these little rascals—I’m much more interested in their “brains” in the form of their processing units where all the decision-making and number-crunching takes place.

As an aside, speaking of brains (which, of course, makes me think of Abby Normal), I just started reading Other Minds: The Octopus, the Sea, and the Deep Origins of Consciousness by Peter Godfrey-Smith. I’m only a few pages in but I can tell that this is going to be a gem—it’s already given me food for thought with respect to the early days in the evolution of the nervous system—but we digress…

As we recently discussed in Building a Computer, Should You Inadvertently Travel Back in Time Part 1 and Part 2 (with Part 3 to follow whenever I get a few free moments), I spend more time than is good for me worrying about how I would make my way if I were to fall through a timeslip and find myself transported back to the 1930s. Happily, I think I could find gainful employment with the teams creating early digital computers.

Over time, various processor architectures grew in prominence and subsequently faded into obscurity, like the SPARC from Sun Microsystems, the Clipper from Fairchild Semiconductor, the MIPS from MIPS Computer Systems, and the PowerPC from the Apple-IBM-Motorola (AIM) alliance. (Note that these are just a couple of contenders off the top of my head—can you suggest any more?)

Eventually, two architectures became dominant in the collective consciousness: the X86 from Intel and the myriad incarnations of the ARM architecture family from Arm.

To be honest, when I first heard the name RISC-V (pronounced “risk-five”) being bandied about by those who don the undergarments of authority and stride the corridors of power, I thought of it only as an interesting project for academia. As you may recall, RISC_V commenced as a “short, three-month project over the summer” headed by Krste Asanović at the University of California, Berkeley, but this bodacious beauty has since grown beyond its instigator’s wildest imaginings.

RISC-V is an open-standard instruction set architecture (ISA) that is provided under open-source licenses that do not require a fee to use. The instruction set, whose specification defines 32-bit and 64-bit address space variants, is designed for a wide range of uses. The base instruction set has a fixed length of 32-bit naturally aligned instructions, and the ISA supports variable length extensions, where each instruction can be any number of 16-bit parcels in length. Different subsets support everything from small embedded systems to personal computers to supercomputers with vector processors to warehouse-scale rack-mounted parallel computers.

Throughout much of the 1970s, the concept of personal computers (PCs) in the context of home and business applications didn’t really attract as much attention as we might have hoped for, especially with the benefit of hindsight (which is the one exact science). In fact, it wasn’t until 1981 when IBM announced the first IBM PC that a lot of people started to sit up and pay notice (there used to be a catch phrase in the industry that “Nobody ever got fired for buying IBM”). Similarly, although RISC-V already counts a lot of big names as its supporters—and although a wide variety of soft and hard RISC-V processors and tools are already available—I think the announcement in February 2022 that Intel joined the RISC-V International global open hardware standards organization at the Premier membership level will mark the turning point for many potential adopters (“If it’s good enough for Intel, it’s good enough for me”).

The reason I’m waffling on about all of this here is that there was a flurry of RISC-V-based activity at the recent Embedded World 2022 Exhibition and Conference, which was held just a week ago as I pen these words. First, RISC-V International leapt into the limelight with the following announcements:

These announcements were complemented and amplified by an impressive barrage of news emanating from all corners of the RISC-V movement, such as the following:

I don’t care what anyone says, I think RISC-V is here to stay. But it’s not all about me (it should be, but it’s not). What about you? What do you think about me? I’m sorry, what I meant to say was, “What are your thoughts regarding the RISC-V universe?”