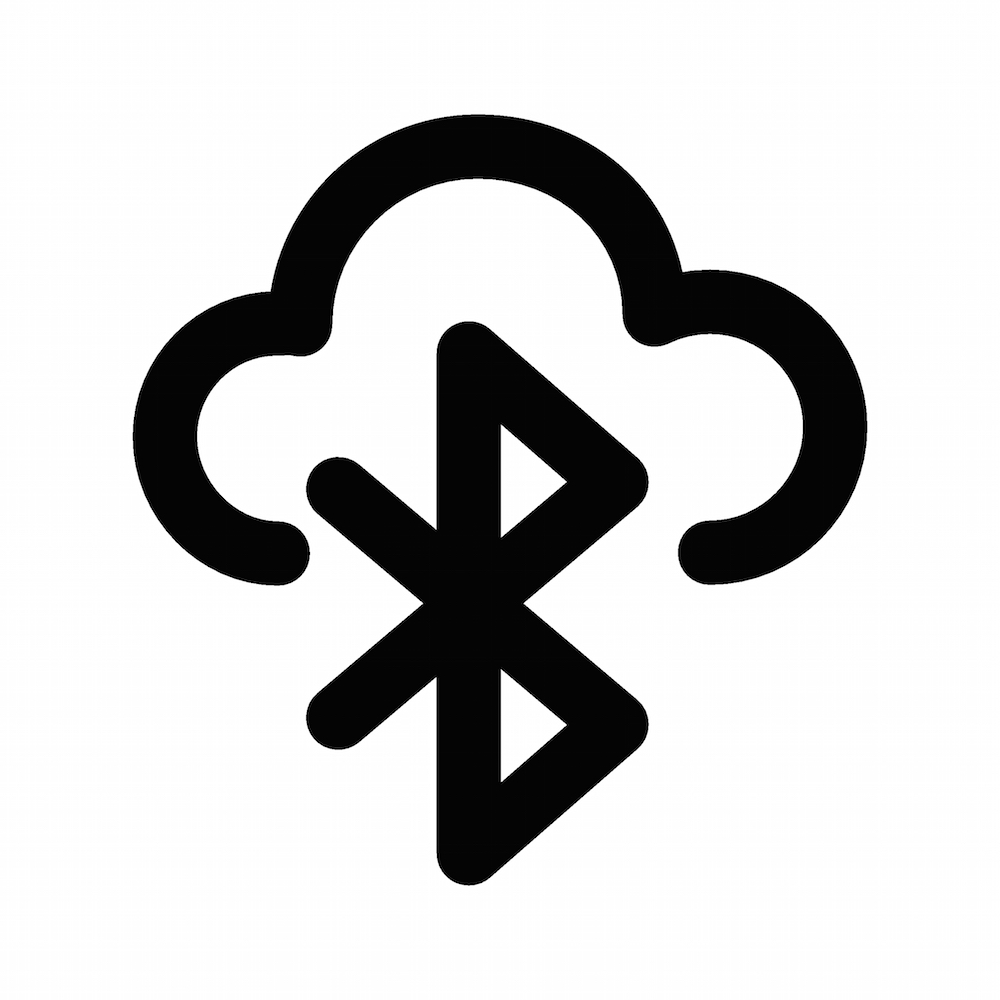 “The history of innovation is the story of ideas that seemed dumb at the time.” – Andy Dunn

Innovation vs. inertia. It’s a familiar struggle in our business. Do you create something entirely new by throwing away everything that came before, or do you leverage the existing ecosystem and build incrementally? There are plenty of examples of either strategy working – or failing – so it’s easy to rationalize your decision, no matter which route you take.

On the one hand, CPU designers say we should ditch all the familiar von Neumann architectures and do something radically new. That’s the only way to break through perceived performance bottlenecks. On the other hand, an entirely novel CPU architecture with no development tools, no existing software, and no experience base stands little chance of surviving in the cut-and-thrust commercial world. That’s a nice academic project, kid, but it’ll never sell.

Somewhere in between those two extremes, we have quasi-innovative devices that perform familiar functions in unusual ways. It’s like a turbine-powered car: it looks normal on the outside, but what’s under the hood may surprise you.

Today’s case in point is the RS12000 family from Redpine Signals. At first blush, it’s a run-of-the-mill microcontroller chip with an ARM Cortex-M4F core, some flash memory, and a big assortment of useful I/O peripherals. Dime a dozen, right? But Redpine has gone about making a “normal” MCU in an abnormal way.

Chief differentiator in the RS12000 is its wireless-interface engine. Longtime Redpine fans (the company is 17 years old) will recognize similarities to the company’s ThreadArch MCU design, a proprietary architecture created specifically for managing wireless interfaces like Wi-Fi, ZigBee, and Bluetooth. Redpine has done good business selling ThreadArch-based chips, but this is the first time it’s combined the protocol engine with a mainstream MCU like ARM. The result is a wireless-capable MCU with an unusual talent for communications. 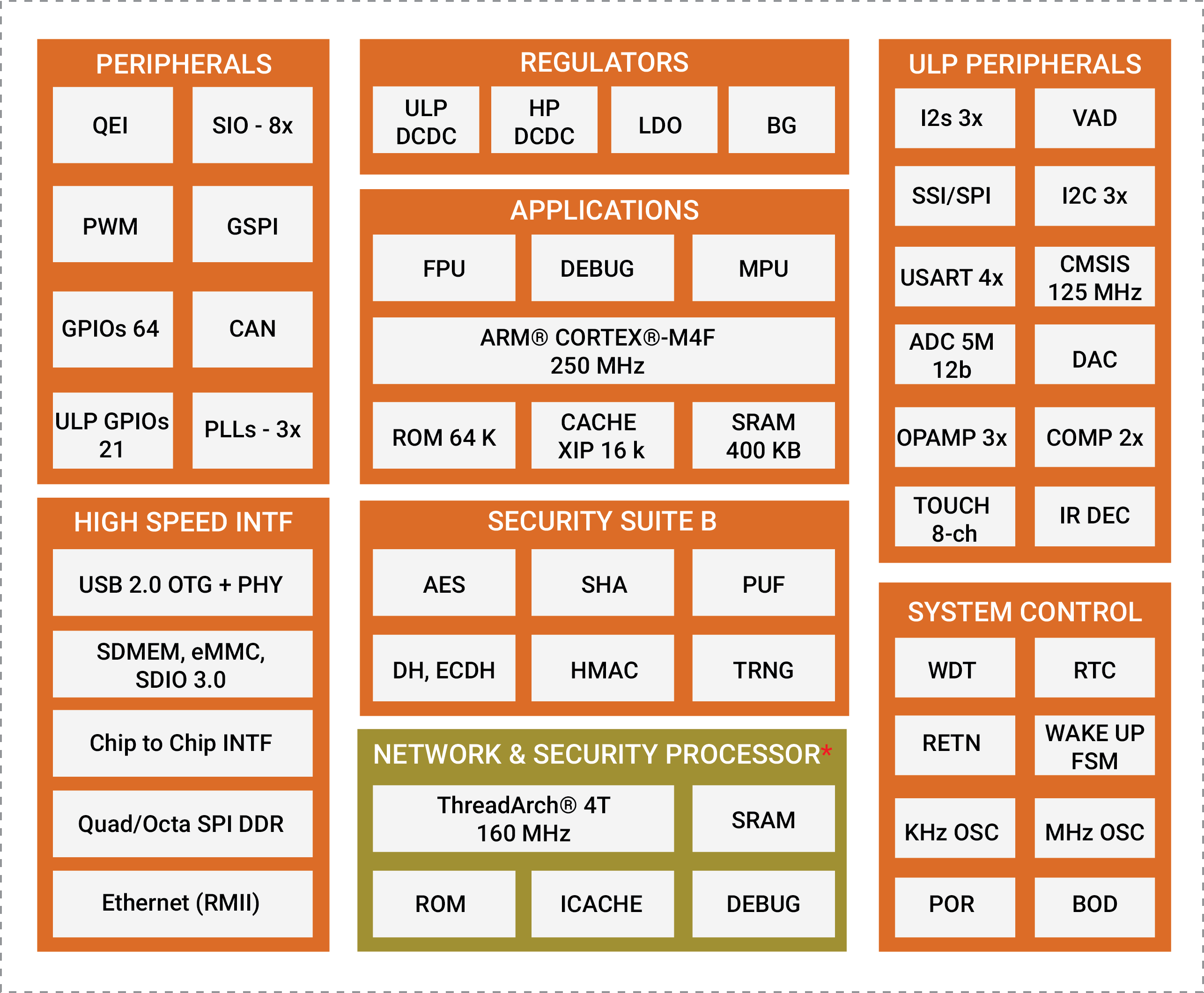 Redpine sees its RS12000 as not just different from other ARM-based MCUs, but also better. Better power consumption, better flexibility, better security, and better pricing. The thinking is that the internal ThreadArch wireless engine is more efficient than a generic ARM core at running protocol stacks, so it’ll save you power (not to mention freeing up valuable ARM cycles for other code). And, it’s more space-efficient than offloading your wireless communication to an external chip. The security angle improves because the chip includes SHA and AES crypto accelerators, a physically unclonable function (PUF) to establish a hardware root of trust, a random-number generator, tamper-detection pins, and 500 KB of ROM space just for security-related code. In short, it’s your all-in-one MCU for secure, wireless, IoT stuff.

Redpine says its chips can even replace multiple versions of competing MCUs through clock-frequency scaling. The same RS12000 device can run from 20 MHz up to 250 MHz, all without changing crystals or supply voltage. Two internal DC/DC converters manage internal supply levels; you just dial in the speed you want via software.

Finally, the RS12000 comes with 1MB to 8MB of internal flash memory so, with luck, you can encapsulate all your code and data on the chip without resorting to external RAM or ROM. Redpine says this makes the RS12000 more desirable than other Cortex-M4–based MCUs from Ambiq, Maxim, QuickLogic, and others. (The flash is on a separate die within the same package; the logic and RF come from GlobalFoundries’ 40nm CMOS process.)

Redpine says it’s approaching the MCU market “wireless first, MCU next,” and it’s hard to argue with that. The company has over a dozen years of experience making wireless-only controllers, so you could argue that they’ve got that part of the product line pretty well nailed down. And for the MCU? Do what everyone else is doing and license the ubiquitous ARM core, thus taking advantage of its huge support ecosystem. Innovate here; idle there. It’s worked before.