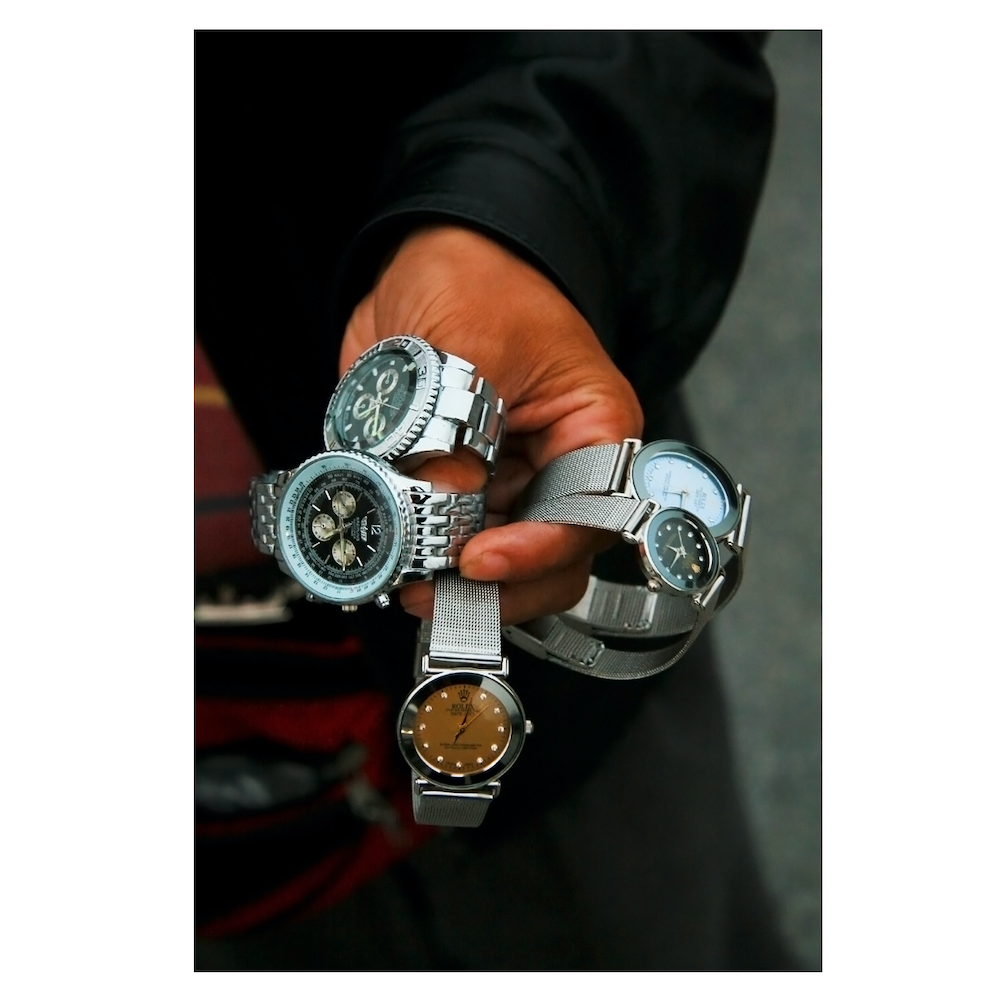 How Do You Spot a Fake Handbag From an Online Ad?
by Jim Turley

Most of us are familiar with the RIAA, copyright infringement, and online piracy. Those are common, but new, problems. Much older is the problem of actual physical counterfeited goods. People have been selling knock-off Rolex watches and Gucci handbags for ages, since well before there was an Internet. But online commerce has made the problem worse – and different. How can you tell if the goods advertised online are genuine, or pirated, or counterfeit, or even real?

If you’re the buyer clicking on a too-good-to-be-true sales link, another Latin phrase comes to mind: caveat emptor. It’s your problem if the cut-price designer goods you ordered turn out to be nothing more than shoddy reproductions. Tough luck.

But what if you’re the manufacturer? How do you police the entire Internet looking for knockoffs of your goods or shady sellers misrepresenting your product? Where do you even begin?

Barcelona might be a good place to start. That’s where Red Points has its headquarters and most of its engineering staff. The 220-person company specializes in automating the search for counterfeit, shady, knockoff, or unauthorized goods trading on the vast worldwide web of ecommerce sites. They work on behalf of product manufacturers who want to know where, why, and how their goods are popping up where they shouldn’t be. Like a lot of engineering tasks, it’s simple in concept but fiendishly tricky to implement.

Juan Galdeano, CTO of Red Points, says the easiest fakes to spot are digital products: copyrighted books, magazines, movies, songs, software, and other digital media. Sometimes these are pirated copies that shouldn’t be available online at all, as when someone scans a book and posts a digital copy. Other times, it’s media that is legitimately available, but that hasn’t been released yet in a particular region or area. Movies, for example, are often released in waves, moving from one territory to another. Red Points’ software can quickly identify digital media like movies and music simply by matching binary files. That’s not hard.

What’s tougher is identifying a digitized book where there’s no official digitized copy to compare to. For print media, Red Points looks for titles, descriptions, or author names for a copyrighted work that hasn’t been released in digital form. A quick OCR (optical character recognition) scan of the material can confirm whether it’s a match or not.

Software presents its own problems. Sometimes it’s perfectly legal to resell used software online, or to offer to sell a license key. It’s not hard to find product keys for Microsoft Office or Windows 10 online. Sometimes they’re even legitimate. Microsoft is okay with this. But an antivirus program might allow multiple installations with one product key, and selling “unused” instances of the key is not permitted. Red Points can ignore examples of the first case but red-flag instances of the latter case.

That’s all for digital goods. What about real, brick-and-mortar products like handbags, eyeglasses, consumer products, toys, and more? These are tougher to detect and where CTO Galdeano is particularly proud of Red Points’s technology.

It works a bit like a giant spam filter, collating multiple characteristics and assigning weights before deciding whether the suspicion level rises above a threshold. Red Points searches descriptive text, images, prices, and even customer reviews to sniff out shady deals. A true knockoff will describe the product as though it were genuine, including the manufacturer’s brand, product name, and official catalog images. That text is easy to locate online, and the maker’s images are easy to match, even if they’ve been manipulated. The bolder the online seller, the easier he is to track down.

Fortunately for Red Points, most buyers use search engines to locate goods (don’t we all?), which means that for a seller to be successful, they have to be easily searchable with a large online footprint.

Slightly more enterprising counterfeiters will manipulate the manufacturer’s catalog photos by cropping them, altering the color mix, changing the contrast, or playing other Photoshop tricks to throw off an image search. Red Points is wise to those stunts and spots them anyway, says Galdeano.

Some sites try to thwart searches by overlaying photos with descriptive text in the hope of confusing both the text search and the image search. Red Points simply uses OCR to decode the text and pattern matches the resulting photo.

Trickier still are images that have been doctored to remove the manufacturer’s logo, brand, or identifying marks. This doesn’t work either. It does make Red Points’ job harder, but that’s what their proprietary recognition technology is for. Product catalog photos are copyrighted, and manipulating copyrighted images (except in limited cases of artistic expression) doesn’t magically exempt them from copyright restrictions.

Which moves us into the murky realm of replica items. Replicas are different from counterfeits because they’re not being passed off as the original item, just a close approximation of it. A replica handbag, stuffed toy, or wristwatch might have the same size, shape, color, and functionality as a popular brand-name item but with a different logo, pattern, or design element that looks strikingly similar to the famous one. There’s a fuzzy line between replicas – which are legal in most countries – and counterfeits, which aren’t. Red Points is happy to detect such replicas and then leave the decision on enforcement to the manufacturer’s legal team.

In fact, enforcement is always left up to the customer. Red Points acts like a hospital X-ray technician, not the surgeon. It collects and analyzes the data, points out the trouble areas, and makes a recommendation, but never wields the knife. Some customers prefer to handle each alert internally on a case-by-case basis, while others are happy to rely on Red Points’ automated alerts. There’s always a person in the loop, and sometimes several, depending on the customer’s willingness to get involved.

Some online items are totally legit but are being sold unlawfully. Product manufacturers often divide up sales territories among their distributors or retailers, giving each one an exclusive region. Joe covers Kansas; Mary covers Cambodia. If Joe’s online store starts offering products outside of his territory, it’s not a bogus rip-off, but it is something the manufacturer will want to know about. Those cases rarely involve legal action but are instead handled as internal contract violations.

Sometimes price is the only clue that a legitimate-looking listing isn’t entirely aboveboard. A fully authorized reseller can offer genuine merchandise but at a price lower than the manufacturer allows. Again, this usually triggers an uncomfortable discussion with the manufacturer rather than a call to the cops.

The ever-popular comments and feedback section of sellers’ websites can often betray them. Comments like, “it’s almost as good as the original” or “the quality was cheap,” alert Red Points that the item maybe isn’t all it’s supposed to be. Even something as subtle as the quantity of units in stock can be a giveaway. Having a thousand Rolex Cosmograph Daytonas ready to ship seems… unlikely.

Detecting counterfeits, knockoffs, and unauthorized sales is a never-ending game of cat and mouse as the shady sellers get more creative and Red Points gets smarter about detecting their tricks. In that sense, their technology is like the antivirus software they’re looking for. And like an antivirus, they have to detect, quarantine, and take action quickly in order to limit the damage.

How quickly? That depends on what the customer pays for, but Red Points can spot a fake in as little as an hour after it appears online. Over the years, the company has learned how and when new products appear. It’s not random; there are patterns to counterfeiters’ timing, and it’s different for each product category. Some creep online slowly, while others appear with a bang and then slowly erode away. New customers signing up for Red Points’ service often start out getting inundated with alerts, which then decline over time as the shady sellers’ sites are removed, shut down, or go legitimate.

It’s surprising, Galdeano says, the things some people will counterfeit. It seems like so much work for so little gain. He’s seen knockoff toothbrushes, water bottles, sex toys, and magazines. The most popular knockoff? “Hermes shows up everywhere.”