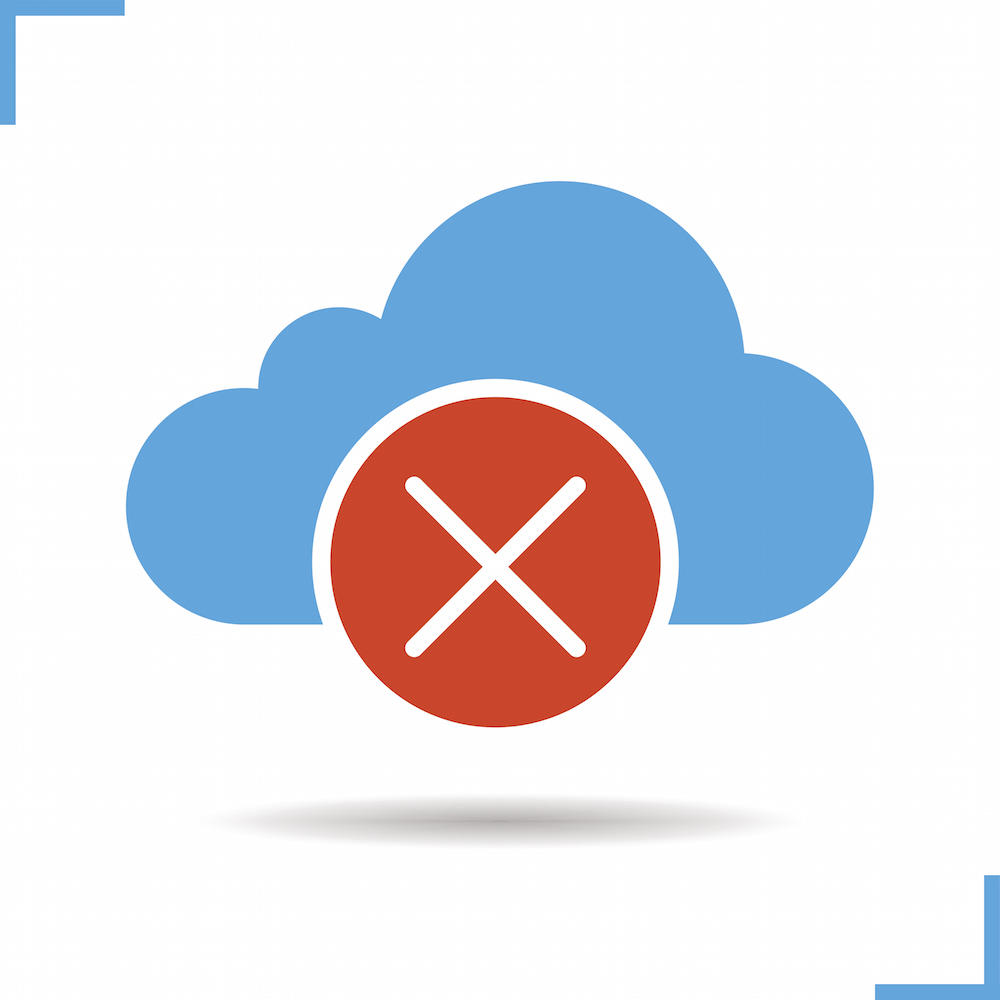 December has come. Winter and the Christmas season are approaching, and it’s a time for goodwill, a forgiving attitude, and hopeful thoughts of peace and happiness, when we all…

Nope, I can’t do it. I’ve been using Microsoft’s OneDrive cloud service for about six months now, and it hasn’t put me in a generous mood. Familiarity and daily use could have dulled its sharp edges, but instead it’s just become more annoying. How do I despise thee? Let me count the ways.

Whose PC Is This, Anyway?

You remember when I thought that OneDrive had erased everything on my PC and replaced it all with a single, ominous shortcut icon called “Where are my files?” Well, it turns out that was just a dry run. In its October update, Microsoft made good on its threat and really did delete everything from users’ PCs. The bug was quickly fixed, but the cause behind it is telling. You see, Microsoft figured that you, me, and everybody else would’ve moved everything of value to OneDrive, leaving the “normal” local storage empty. So, it promptly deleted all the documents, photos, videos, and everything without even checking to see if the folders were empty. After all, who would be stupid enough to store files on their own PC? This is 2018, after all. All your files are belong to us. 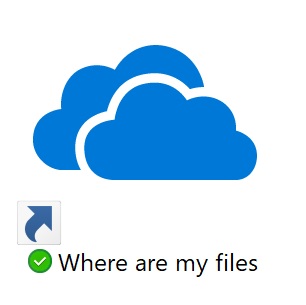 Downloading files with OneDrive enabled takes longer than it used to, which seems a bit counterintuitive. Instead of downloading a file in a few seconds, my broadband connection now stays busy for several minutes. That’s because OneDrive dutifully uploads every download. The moment you finish downloading something, OneDrive detects the new file and sends it right back to where it came from. (It’d be especially ironic if the download originated from a Microsoft server.) Like most people, my upload bandwidth is a small fraction of my download speed, so the upload takes a good 10–20 times longer.

Bizarrely, this means I might unwittingly violate my ISP’s terms of service for exceeding my monthly upload bandwidth allotment. Every time I download something, I also have to upload it to myself. The more I download, the more I upload, like it or not. Thanks, OneDrive.

If you really want to confuse OneDrive, run any program that keeps a log file. OneDrive can’t keep up with the constantly changing contents of the log, so it continually uploads the newest version, only to find that it’s already out of date, so it uploads the new, new version, and so on. The bigger the file, the more entertaining this is, like watching a cat chase its own tail.

You’d think that mainstream Office apps like Word and Excel would be the most reliable of all. If only. Creating a new Word document and double-clicking to open it produces an error, every time. Word dutifully opens the blank document but then tells me I must sign in to my Office 365 account before I can edit my own document. Huh? I’ve been signed in since the PC booted – Windows 10 is designed that way – so what’s with the second sign-in?

Oh, and clicking the helpful sign-in button does nothing.

Exiting Word and immediately reopening the same document works fine. Any new files apparently have to be opened twice: once to appease OneDrive and once to get actual work done. Interestingly, the wait time doesn’t seem to matter. It always fails the first time I open a new document and always succeeds the second time, regardless of how much time elapses between the two attempts, or how long I wait after creating the blank document.

Office apps like Word, Excel, and PowerPoint now are noticeably slower to open and save files, presumably because they have to be uploaded/downloaded from Microsoft’s servers instead of from a fast local hard drive. What an improvement. Sure glad I bought that SSD upgrade.

(Although it’s only tangentially related to OneDrive, Word’s new AutoSave feature might trick you into accidentally erasing your own content. If you’re the kind of person who opens an existing document, makes changes, and then saves under a new name, beware. Word will almost immediately save your work-in-progress under the old name before you have a chance to rename it. Your original document is gone. You can either disable AutoSave before you start working, make a backup of the document and then work on the duplicate, or try Word’s rollback feature to rescue your old content – thereby losing all the new content, instead.)

Combine OneDrive with AutoSave, and you have a recipe for constant, obsessive/compulsive behavior as OneDrive struggles to sync every minor edit in real time with its cloud-based counterpart. The OneDrive status icon shows a constant stream of pending updates. As I type this, it says it’s processing 178 changes, which means it’s 178 revisions behind real time. It’s like a corporate-sponsored keylogger in the cloud.

Then I got my first creepy “Weekend Recap” email from Microsoft. This was an automatically generated message filled with photos I’d taken a few days before. How did they get here? I don’t use a Windows Phone, and I don’t upload my photos to OneDrive, so how did Microsoft find these pictures? And why is it sending them back to me, like some disturbing ransom note?

Oh, now I get it. My photos are automatically uploaded from my phone to another company’s cloud service, which later syncs them with my PC. But since everything on my PC, including those photos, is now under the purview of OneDrive, it got my photos indirectly. And evidently felt that I’d need to see them again, just as a reminder that, yes, Microsoft sees everything on my laptop, regardless of how it got there.

Welcome to the Hotel California

What happens if you disable OneDrive? Not what you’d expect. It’s deceptively easy to turn off the automatic sync of your Documents, Pictures, and Desktop folders, and takes just a few mouse clicks. Logically, that should leave you with two copies of everything, with one stored locally and one copy in the cloud, right?

Weirdly, disabling OneDrive doesn’t do that. It doesn’t just stop synchronizing. Instead, it removes all the local content and leaves you with just one set of files – the ones in the cloud. You’ll have no local files at all. The Documents, Pictures, and Desktop folders on your PC will all be empty, apart from the dreaded blue “Where are my files” shortcut. Really, Microsoft? That seemed like the right way to handle this?

OneDrive can work as a backup medium if you want it to, but it’s got some quirks. First, it compulsively updates everything by the second, which most scheduled backups don’t do. We’re generally happy with daily, weekly, or even monthly backups, with the understanding that we might lose a day’s (or week’s or month’s) worth of work. The tradeoff is that those intermittent backups don’t also back up your mistakes. OneDrive does.

If you have an “oops” and need to restore a previous version of a file, you’re probably out of luck. OneDrive’s instant sync means your online “backup” copy gets deleted or overwritten right after the one on your local PC. So does every other copy everywhere else. The whole point of OneDrive is to keep every copy the same, for good or ill. The time period for an ohnosecond is very short.

OneDrive does maintain an online Recycle Bin sort of like the one on your local PC. The difference is that it retains only the files that were deleted directly from OneDrive, not everything you deleted from your PC. And it doesn’t keep previous file versions at all. Just like the local Recycle Bin, each new version overwrites the older file of the same name. Unless you use an app (like Word or Excel) that maintains its own internal history tracking, you’re hosed.

The good news is, OneDrive saves files well into the future, including these two that I’m apparently still going to be using 1600 years from now. Will the file formats still be compatible then?

Or there’s the nuclear option. OneDrive has a rollback feature that restores everything on your PC, going back to almost any arbitrary point in the past 30 days. But it’s an all-or-nothing deal; you can’t select individual files or folders, just a date and a time. All updates, additions, and deletions after that point will be undone. (Office documents tend to show lots of revisions, seconds apart.) You may get back your lost revisions, but you’ll lose absolutely everything else you’ve done since then. Choose wisely.

I wonder if I can roll back my PC to the point just before I installed OneDrive?