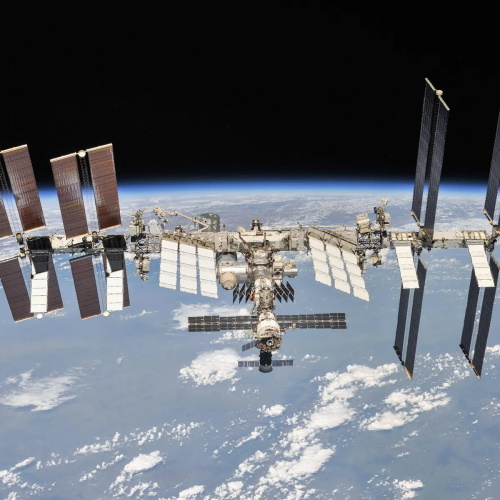 I have to acknowledge that I’m speechless, and that’s not something you can expect to hear me say very often. The reason for my glazed look is that I recently had a video conference with an amazing 11-year-old called Zeke. After chatting with Zeke and his father, Eric, I now have a sneaking suspicion that I’ve wasted much of my life and failed to reach my full potential.

In many ways, Zeke reminds me of me when I was his age, the main difference being that he’s incredibly bright and intelligent. When I was 11 years old myself, I was usually to be found climbing trees with my chum Jeremy who lived nearby. Zeke, by comparison, is happily engaged in using professional electronic design automation (EDA) tools to design radio frequency (RF) circuits to be used in conjunction with a giant helical antenna he’s building with the goal of communicating with the astronauts on the International Space Station (ISS).

“Are you serious?” I hear you say. Look into my eyes. Don’t I look serious?

Let’s start with a little background. Zeke’s mother, Lara, has a master’s degree in Education, which—she says—has enabled her to help find the resources to support Zeke’s interests and steer him in the right direction. Lara modestly claims that her main role in this project is to keep Zeke fed and make sure his hair is neat (if she can get to him) before he makes his videos (we’ll see an example of these videos in a moment). Meanwhile, Zeke’s father, Eric, built and programmed robots at high school (he says he still has the scars from the soldering iron to prove it). Eric went on to get his bachelor’s and master’s degrees in computer science, and he now runs his own business offering Linux computer support. 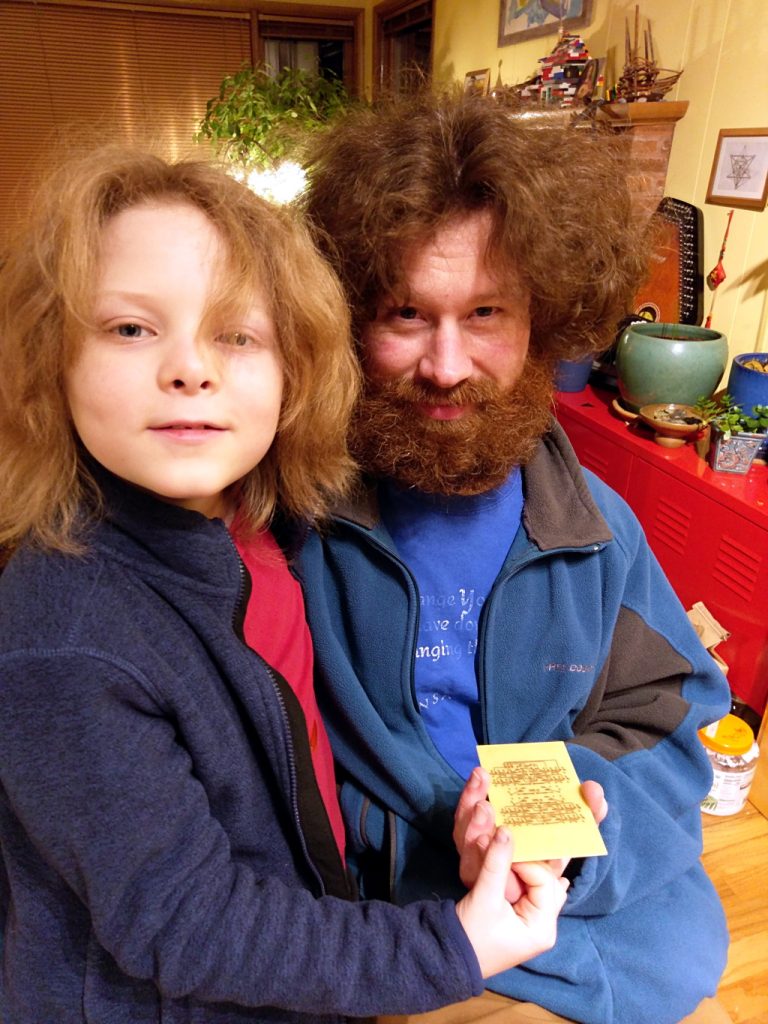 Zeke and Eric showing Zeke’s first PCB (Zeke is the one on the left)
(Image source: KJ7NLL)

The term “ham radio” (a.k.a. amateur radio) refers to the use of the radio frequency spectrum for the purposes of non-commercial exchange of messages, wireless experimentation, self-training, private recreation, radio sport (a.k.a. radiosport), contesting, and emergency communications.

Zeke was only one year old when the family moved into their current house. At the bottom of the garden was a ham radio antenna based on a repurposed telegraph pole. The original owners offered to take it down before they left, but Lara and Eric said, “Let’s keep it. You never know. Zeke might be interested in ham radio one day.” Little did they know how prophetic these words were to be.Just for giggles and grins, let’s pause for a moment to allow you to peruse and ponder a video Zeke posted recently describing his latest experiments to Track the ISS and OreSat Satellites with a LEGO Rotor and a Silicon Labs Microcontroller. I don’t know about you, but this boggles my mind and blows me away.

I asked how old Zeke was when he started out. It turns out that when he was one and a half years old, Eric took him down to the local Radio Shack where they purchased a switch, a small incandescent bulb and holder, and a battery holder. When they returned home, they nailed everything to a small piece of wood and Eric soldered the required wires. Initially, they tried to make a battery out of a pile of pennies (Zeke still has the corroded pennies). When that failed, they moved over to regular batteries. Eric says that Zeke would walk around the house carrying his contraption repeating “switch, battery, light bulb” over and over again. He would also spend a lot of time sitting in a dark closet turning his light on and off.

When Zeke was 8 years old, he decided that he wanted to talk to the astronauts on the International Space Station (ISS) and he shared this wish with his parents and grandparents. My parents would have smiled whimsically, patted me on the head, given me a snack, pushed me out of the house, and told me to go play with my friends and not to feel any pressure to return home until it got dark. By comparison, Zeke’s dad responded that the ISS was on the 2-meter band and the first step to communicating with it would be for Zeke to get his ham radio license.

A couple of months later, Zeke’s grandfather, Mark, said “Hey, there’s a ham radio class this coming weekend, why don’t we all go?” Thus it was that Zeke, his dad, and his granddad attended the ham radio class and took the exam. Eric and Mark both passed first time and got their Technician-level licenses. Zeke failed. He went back the following month after much revising… and failed again. By this time, it was personal. Another month later, Zeke took the exam for the third time and passed with flying colors (and with a score of 34 out of 35, which was a higher score than Eric had made).

Shortly after Zeke was awarded his Technician License, his grandmother, “Bobbi,” presented him with his first ham radio. As part of getting his license, Zeke was assigned his own call sign, which is also name of his YouTube channel, and which he rattled off to me using the NATO military alphabet as “Kilo Juliett Seven November Lima Lima” (he then kindly—and slowly—spelled it out to me as K-J-7-N-L-L). 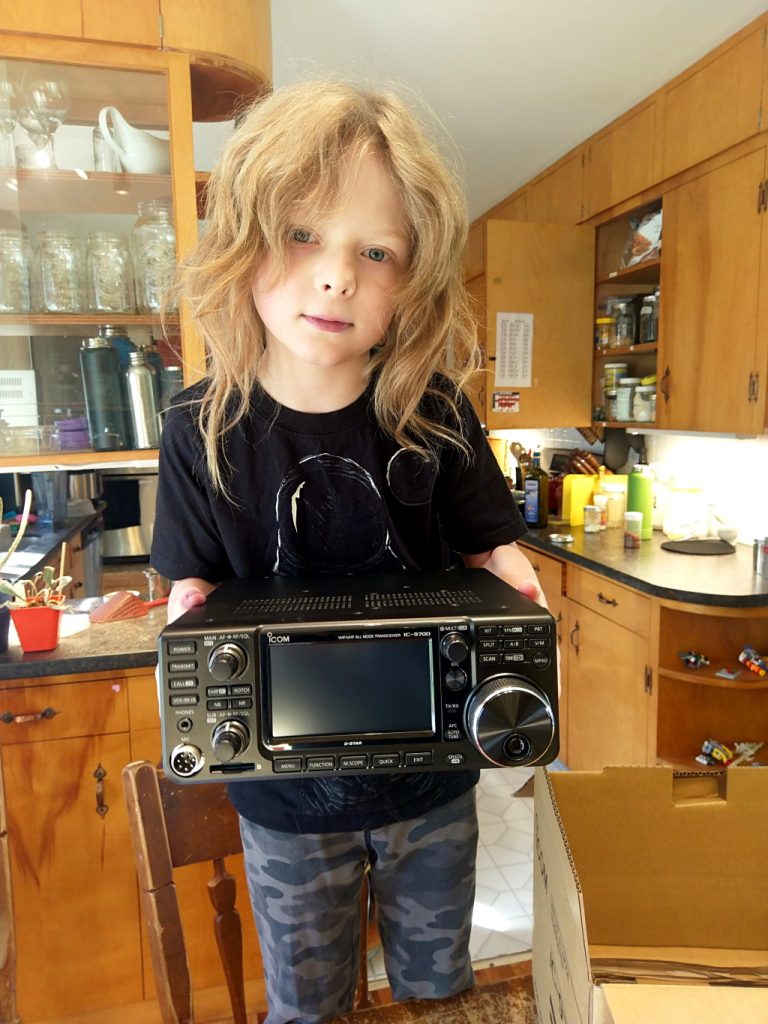 In addition to maintaining an engineering logbook, Zeke also keeps a log of all the people he talks to on the radio. Apparently, the first time Zeke used his ham radio with (as Eric says) “his little tinny voice coming over the air,” someone immediately responded saying, “Who is this and whose radio and call sign are you using?” Eric says that Zeke firmly responded, “This is my radio and my call sign!”

Good grief. I’ve been writing for ages, and we’ve only scraped the surface of “The Story of Zeke.” After talking with Zeke and Eric, I’ve decided to document their adventures in a series of columns.

In the next installment, we’ll discuss how Zeke is learning to use high-end electronic design automation (EDA) tools like Cadence’s AWR Microwave Office, which he’s using to design and analyze his RF circuit boards with Eric. Also, we will dive deeper into Zeke’s experiments in creating phased array and helical antennas, along with the software he’s using to track satellites and the ISS. In the meantime, I (and Zeke and Eric) welcome your questions and comments.