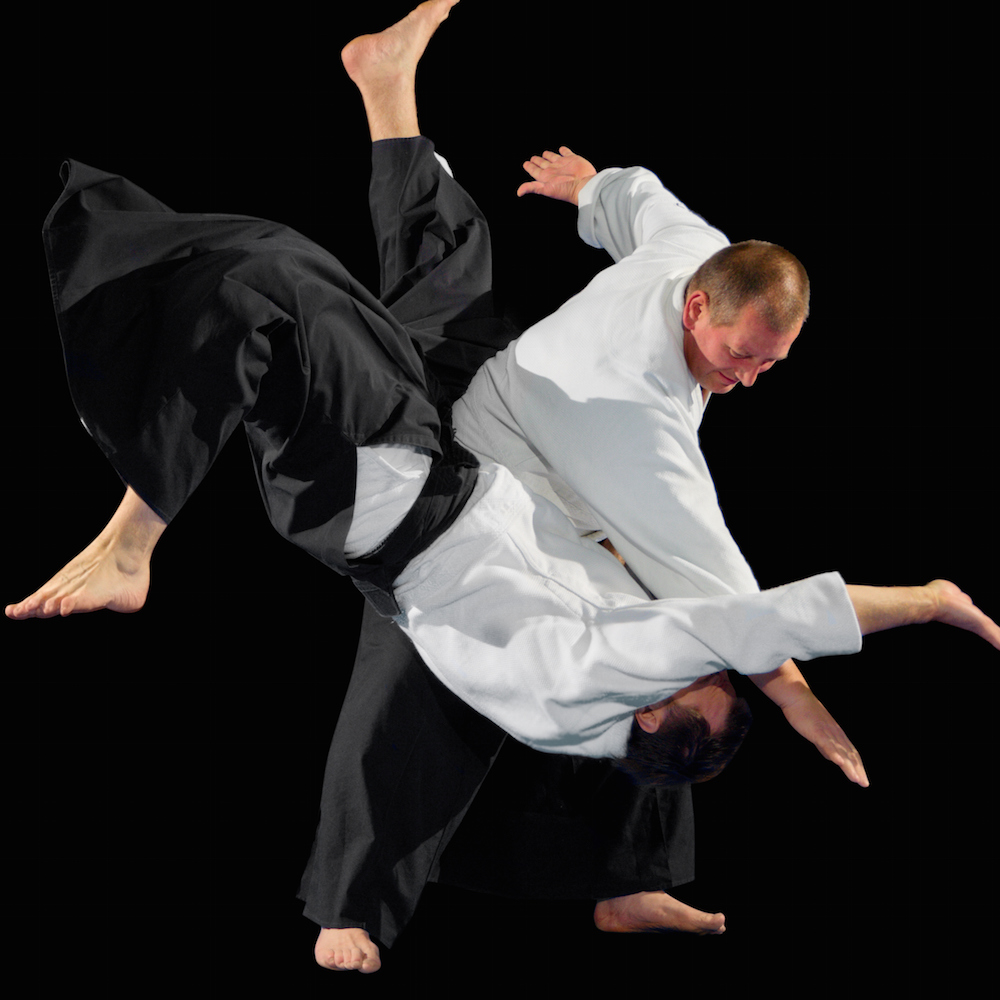 Must PUFs Degrade Over Time?

A few weeks ago, we talked about software security, and a question was raised about the reliability of physically unclonable functions, or PUFs.  We noted at the time that Intrinsic ID agreed that the issue exists, but that they had a solution that more than compensated. Today we take a look at the whole issue in more detail. Possibly too much detail. Put your wonk hat on, cuz we’re about to geek out!

First, let’s look at some fundamental concepts surrounding PUFs, because it occurs to me that there are two kinds of randomness at play – one good, the other not so much.

As a reminder, a PUF is some physical characteristic of a silicon chip that can serve as a specific ID for that chip. If you’re new to PUFs, that might sound counterintuitive, since the whole idea of semiconductor fabrication is to make high volumes of identical chips. So what gives?

Well, there are many aspects of a chip that suffer from variation. So good designers are going to beef up their designs to compensate for – and neutralize – that variation. An example is transistor threshold voltage: we know that it will vary slightly – and randomly – from lot to lot and that, in more aggressive nodes, even from wafer to wafer or die to die. But, if you go with enough decimal points (and I don’t think it takes a lot), it can also vary from transistor to transistor.

Imagine that a power-up state relies on hundreds or thousands of such randomly distributed transistors. A prudent designer would most likely create some deterministic power-up circuit that will put this and any other circuits into a known, predictable state. From the standpoint of normal circuit operation, this randomness isn’t good and needs to be fixed.

An embedded SRAM is an example of a circuit that definitely has some power-up unpredictability, which is why you wouldn’t want to rely on the contents of that memory without ensuring that it has been written to or reset first. But an SRAM happens to be a circuit where this uncertainty can be a benefit if employed for the right reasons. When you power up your chip, what will the initial raw SRAM contents be?

This is the notion behind a common approach to a PUF. Each chip’s memory powers up in a slightly different state. If there’s enough randomness – security folks would dub it entropy – and if the SRAM is big enough to give a huge number of possible power-up states, then it’s supremely unlikely that two chips will power up into exactly the same state.

Normally not a good thing, this turns out to be rather nice for assigning an ID to a chip. If you’re trying to manage key security, for instance, this can provide you with a root key from which all other session keys and other so-called ephemeral keys can be derived – and derived in a way that makes it impossible to deduce the original key from the PUF. In PUFland, they refer to this natural power-up state as the enrolled state.

So the randomness that makes this possible is, for our purposes, a good thing. But here’s some other randomness that isn’t: what happens if the SRAM doesn’t boot up the same way each time? In other words, what if the start-up state itself has some randomness associated with it? That is, in fact, the case, so many PUF approaches apply some error correction to ensure that the state is consistently read each time. The key here is that this particular flavor of randomness is limited enough that you can manage the spread in the start-up states and tame the uncertainty.

Now, we can muse deeply on what the causes of that start-up-state variation might be – say, the temperature when you boot up, for example. If you get a handle on it, then, at least in theory, you can design around it. But that’s probably not necessary – as long as the error correction takes care of you. Which it should. If you can manage it simply by considering the variation to be correctable noise, then you’re fine.

Here’s where we receive some not-so-happy news: what if the start-up randomness increases as time goes on? The error correction might work for a while, but, eventually, the errors in the boot-up state will exceed your ability to correct them. And now your key no longer unlocks the vault – because you’re getting the wrong key. The noise overwhelms the signal.

This is, unfortunately, not a hypothetical: it happens. As explained by Intrinsic ID, it’s a function of so-called negative-bias temperature instability, or NBTI. Without digging into that specific phenomenon, let’s look a tad deeper at what’s going on here.

The basic fact of NBTI is that, over time, a transistor suffering from NBTI – which is an issue if the gate voltage is negative – will see its threshold increase slightly. A key fact is that the transistor has to be on, with a negative gate, for this effect to occur. Think PMOS. While the transistor is off, the threshold remains in place. Successive “on” states will have the threshold continue to move, but only while it’s on.

Each SRAM cell has a cross-coupled inverter pair. In theory, those inverters are matched, but, in fact, the thresholds have slightly different values. The two PMOS transistors have slightly different threshold voltages; that’s what determines how the thing will power up. The transistor with the smaller threshold will turn on first, tipping the latch in its direction. Take all of the cells and all of the pairs of transistors, each of which has a different threshold difference, and that’s how you get a unique signature for a specific chip. 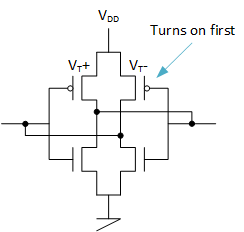 The farther those two PMOS thresholds are apart, the more stable this is going to be. On the other hand, if the two thresholds are really close in value, then you may get more power-up randomness. (In theory, if the thresholds agree exactly, then the outcome would be purely random – although I’m sure there’s a quantum explanation that would dispute that, or, at the very least, suggest that, “Hey, everything’s random anyway, so why are you whining?”)

But here’s the problem: let’s say you have a specific pair with a nice, wide gap between the two PMOS thresholds, and so it’s good and stable. Thanks to NBTI, over time, the smaller threshold of the two will get larger, closing the gap and increasing the read-out noise. At some point, the noise will exceed the capacity for error correction, and you’ll be in trouble. No one wants that.

And therein lies the solution that Intrinsic ID says they have implemented. After reading the signature? They write to the memory with the opposite of the enrolled state. How do they know the opposite? Because they read the original enrolled state. But how can you count on that if it’s degrading?

And that’s the magic: it’s not degrading. By writing the opposite states into every bit, now the transistor with the larger threshold, which didn’t turn on in the enrolled state, will be on. It will be experiencing NBTI over time. In this case, that’s a good thing: now you’re widening, not narrowing, the threshold gap, making noise less likely. In fact, by doing this, the devices literally become more stable over time.

All of this has assumed that the PMOS transistors control the start-up state. But then I started to wonder: what if one NMOS transistor has a lower threshold than either of the PMOS transistors? Now it will turn on first, regardless of the PMOS thresholds. I worked through that scenario, and I came up with the following. Note that I checked in with Intrinsic ID to see if this passed muster with them, and they thought it sounded reasonable, but that, from their experience, the PMOS does tend to be the controlling factor. But… if not… then: 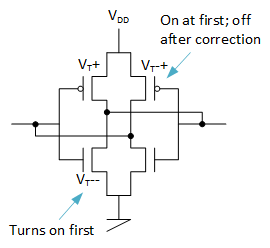 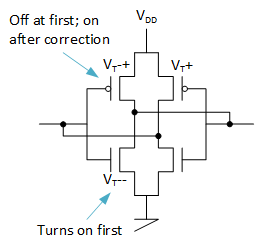 The bottom line is that none of these scenarios results in the noise getting worse. The noise either improves or remains constant.

So, yes, by this analysis, SRAM-based PUFs can suffer from long-term degradation. But, as Intrinsic ID tells it, that degradation can be more than accommodated: like any good aikido move, the damaging move is turned against the attacker, neutralizing the attack.

One thought on “Must PUFs Degrade Over Time?”